10 Reasons To Switch To Vaping Today 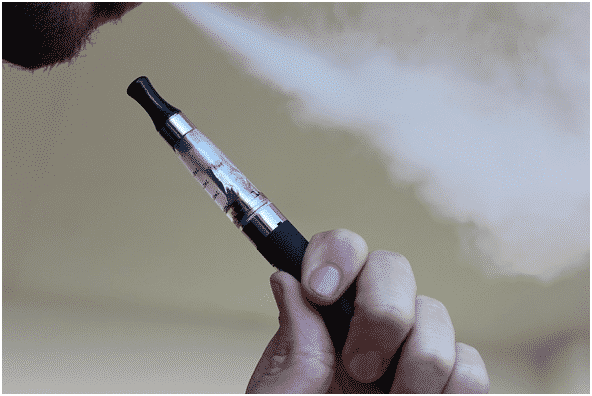 Electronic cigarettes (e-cigarettes) started going on sale in 2003.  Recently, they have seen increased demand for use as a smoking cessation device that delivers nicotine in a less harmful way.  As of 2016, over 500 brands of e-cigarettes are available, generating over $10 billion in sales.

Here’s a short course on how vaping works.  “Mod” units are battery-operated devices with a fire button pressed to release the vapor from the e-liquid inside the other main component of a vaping unit, an “atomizer tank”. E-liquids (or E-juices) come in different flavors and are dripped into the atomizer tank. Once everything is sealed up and turned on, users place their mouths on the mouthpiece, inhale, and wait a beat before exhaling. Vapers can either short-drag the vapor (as one would drag on a tobacco cigarette) or perform a long, deep drag for lasting effect. The vapor is exhaled from the mouth or from the nose, or both.

So, why should you vape instead of smoking a tobacco cigarette? We listed 10 reasons so you can decide for yourself. And we hope that by the end of this article, you start puffing from your vape pens instead of the cancer sticks you are accustomed to. 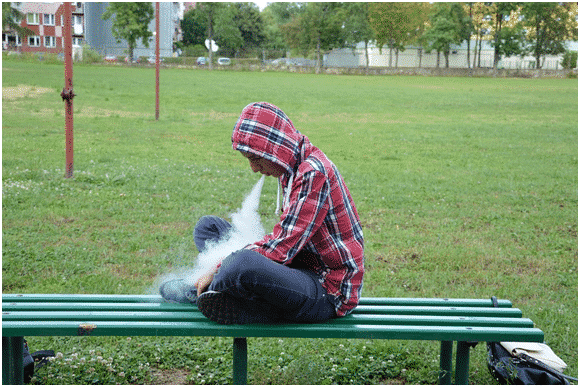 E-cigarettes and vapes reduce smokers’ exposure to carcinogens and other harmful substances found in tobacco like tar, carbon monoxide, cyanide, ammonia and radioactive compounds. Tobacco cigarettes contain 100 known carcinogens, and other chemicals that can potentially cause cancer. E-cigarettes may not be considered fully safe because they use nicotine, which is toxic at very high concentrations, but according to a 2011 review, e-cigarettes are a lot safer than tobacco cigarettes.

The exhaled vapor from E-cigarettes is also harmless to bystanders, unlike secondhand smoke that has been linked to health problems for non-smokers. A report in 2015 from Public Health England said that e-cigarettes actually “release negligible levels of nicotine into ambient air with no identified health risks to bystanders.”

Nobody can deny that smoking creates an awful mess.  All smokers are familiar with dusting off their shirts after having a smoke, or realizing that their home or apartment is covered in a thin layer of ash.  Vapers have no need to sweep or vacuum the floor for ash and dust; at worst they might accidentally let some e-liquid drip out from a tank, but this is easily wiped up.

There’s an unmistakable smell a tobacco cigarette leaves on the fingers, body and breath after a smoke. And it’s especially easy for non-smokers to smell when someone has recently been smoking.  Vapers never have to worry about trying to wash the smell off of their hands. E-liquid vapor actually smells nice and will leave a sweet-smelling vapor from whichever flavor is used.

Unlike cigarettes, cigars and pipes, vapes have no open burning area that might cause a fire if improperly discarded. The heated coil is sealed, so vapers don’t have to worry about the smoldering cigarette butts that cause terrible fires every year.

Banana strawberry? Mochaccino? Chocolate? Tutti Frutti and Bubblegum? Vapers can choose these flavors and many more from thousands of e-juice makers. DIY vapers mix their own liquids, customizing their own flavor according to taste. Mixing and matching flavors is also an option and most e-liquids complement each other very well.

Since e-liquids have fewer chemicals than tobacco cigarettes, vapers don’t have breath that smells like tar. They also don’t have to think about the effect of the tar on teeth, which go from pearly white to yellowish brown.

Yes, it is not easy to quit cigarettes, but with e-cigs vapers can gradually lessen their nicotine intake, as every eliquid clearly indicates its nicotine content on the bottle. Who knows how much nicotine is in a tobacco cigarette? Vapers can also use a higher-nic liquid when they feel like an extra nicotine buzz. Nicotine levels in e-liquids vary from none at all, to small amounts like 3 or 6 milligrams, to cigarette-like levels of 18 or 24 mg.  Those who have just quit smoking can start with high nic juice an gradually step down the nicotine until they’re using very little.

Most bars and clubs will allow e-cigs and vape users to smoke inside because the exhaled vapor poses no threat to others. It is always a drag to go outside to smoke, it’s a waste of time and utterly inconvenient.  Be mindful that some places might not allow smoking or vaping at all on their premises.

E-cigs don’t have butts that end up being thrown away or washed down the drain, the gutters, the rivers and the streets. This unsightly litter causes a huge environmental problem whereas vaping does not. Some e-cigarette units are even recyclable. Chemicals like carbon monoxide and other harmful compounds are not found in e-liquid, and so vaping is an environmentally responsible choice.

A 5, 10 or 20 year smoker has spent thousands of dollars on a deadly habit.  By contrast, a good vaping device will last for years, and requires only fresh liquid and fresh replacement coils to keep working correctly. E-liquids vary in price, but inexpensive juice is available, and a 60mL bottle will generally last for weeks.

So, do you have a friend who already switched to vaping? Are you thinking of tossing the smokes and buying your own unit? Tell us your thoughts and do not hesitate to leave your vaping story below!

PrevPreviousUK National Health Service Destroys the “Vaping is a Gateway to Smoking” Study
NextVideo: Here’s What Happens When You Vape the World’s Hottest Chili PepperNext