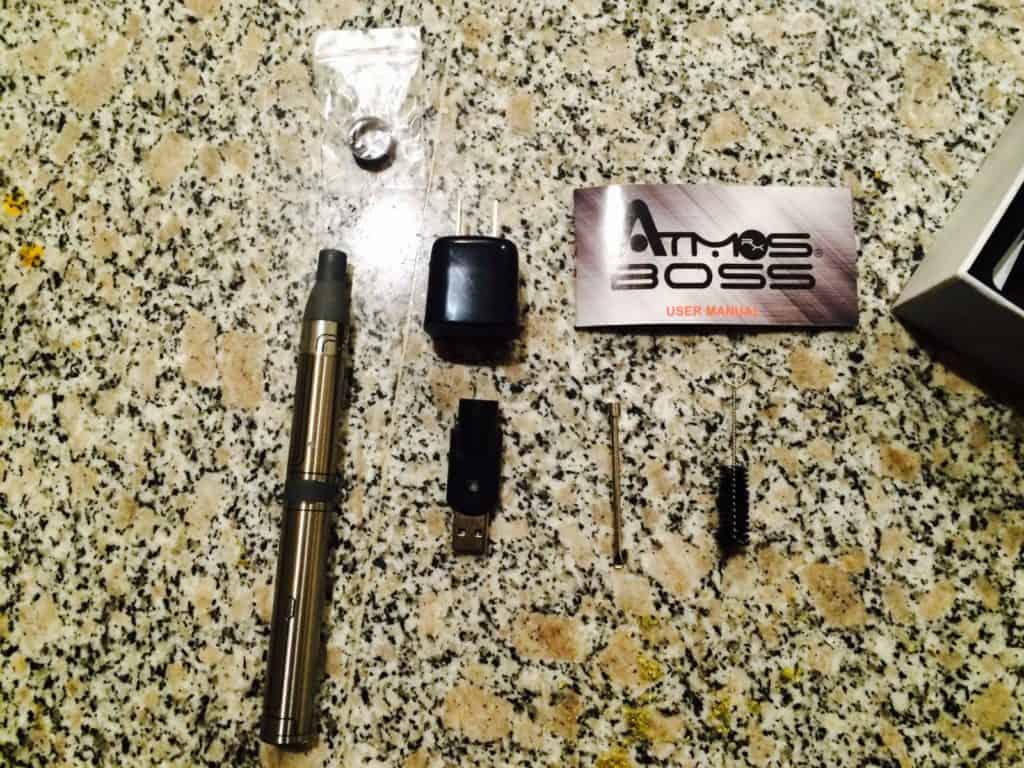 Fans of “herbal” vape pens, get in here! In the past we were impressed with the Atmos Dart, so I was excited when I came back to the VaporVanity mansion and saw that we had a brand new Atmos Boss and Atmos Astra to review!

The Atmos Boss is sleek, modern looking pen. The shiny metallic appearance gives this vape a futuristic appearance, causing me to want to try this one out ahead of the Astra (Yep, I’m that easily impressed by shiny objects).

After giving it an initial charge for a couple of hours using the included wall adapter, I was ready to start vaping.

After screwing the mouthpiece back on you’ll have to press the power button three times in a rapid succession in order to activate the heating chamber. This is where I first ran into a problem. I pressed the button three times with what I thought was a rapid speed and nothing happened. At first I thought that I had a defective unit but it turns out that I just wasn’t pressing the button fast enough. You REALLY have to press this thing FAST. That’s not just me saying that either, even VaporVanity co-founder Phil Morrisberg had issues.

Once you’ve managed to press the button fast enough (it’ll take you a few tries), a red light will activate to let you know that it’s heating. After about forty seconds, the light will turn blue and you’ll be ready to start vaping.

I was able to get quite a few gnarly hits off of this thing after one heating session, and the vapor quality was extremely smooth, which impressed me because despite my job as VaporVanity co-founder I generally prefer to smoke my herbs (don’t tell anyone!).

I’d highly recommend the Atmos Boss for anyone who wants the health benefits of vaping or who wants the ability to enjoy their herbs on the go. Get it at AtmosRX.com or MintyVapes.com. 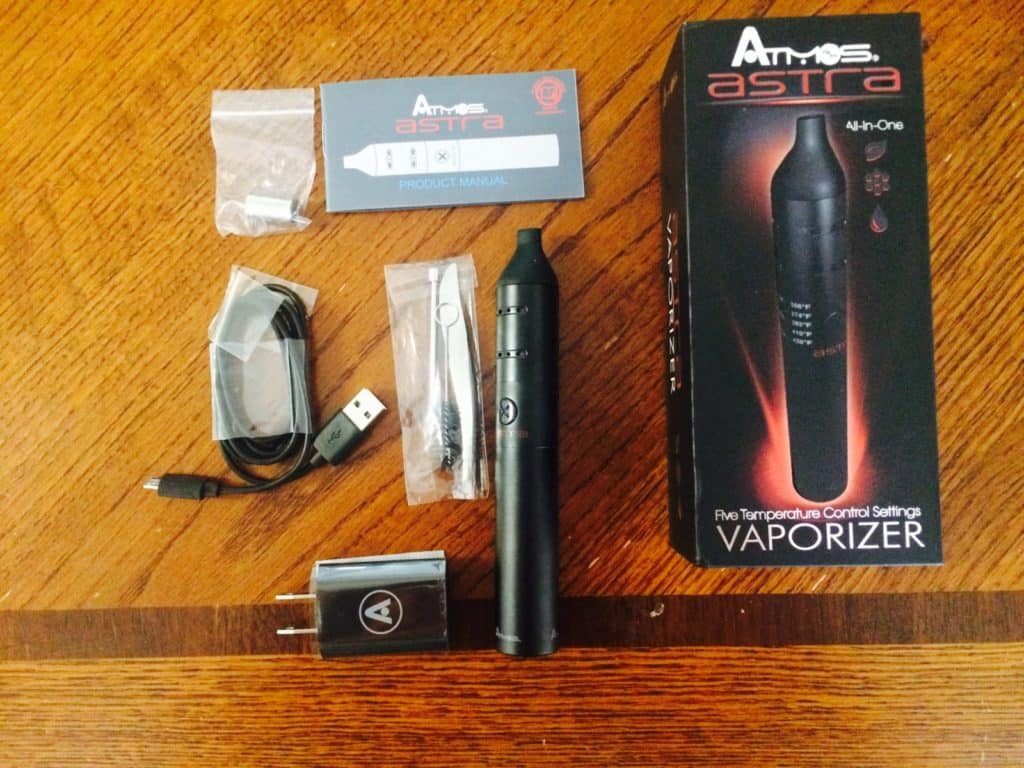 The Astra is another herbal vaporizer from Atmos. Unlike the Boss, however, this one is also compatible with waxes.

The Astra has a more plump appearance compared to the sleekness of the Boss. While the black color didn’t grab my attention the way the Boss’s sleek metallic appearance did, the Astra still has a very high-end appearance.

The most exciting difference with the Astra is that it includes a temperature control function. After pressing the power button three times you’ll be able to cycle through the different settings. I’d recommend playing around with the settings to see which one gives you the best vapor for your needs. I prefer to start with the lower heat settings and then gradually work my way up to the higher settings so that I can maximize the amount of vapor that I get from my herbs before I have to replace them.

The vapor production in the Astra was similar to the Boss, and quality was equally smooth on the inhale. If you’re thinking about buying a portable vape, for your herbal blend needs, I’d highly recommend the Astra. Get it at AtmosRX.com.

Which one should you choose? If you’re looking for a vape that has more features, such as temperature control and the ability to vape waxes, the Astra is right up your alley. If you’re looking for a sexy looking vape pen that doesn’t sacrifice functionality for appearance, and if you don’t require the ability to vape waxes, then the Boss is for you.