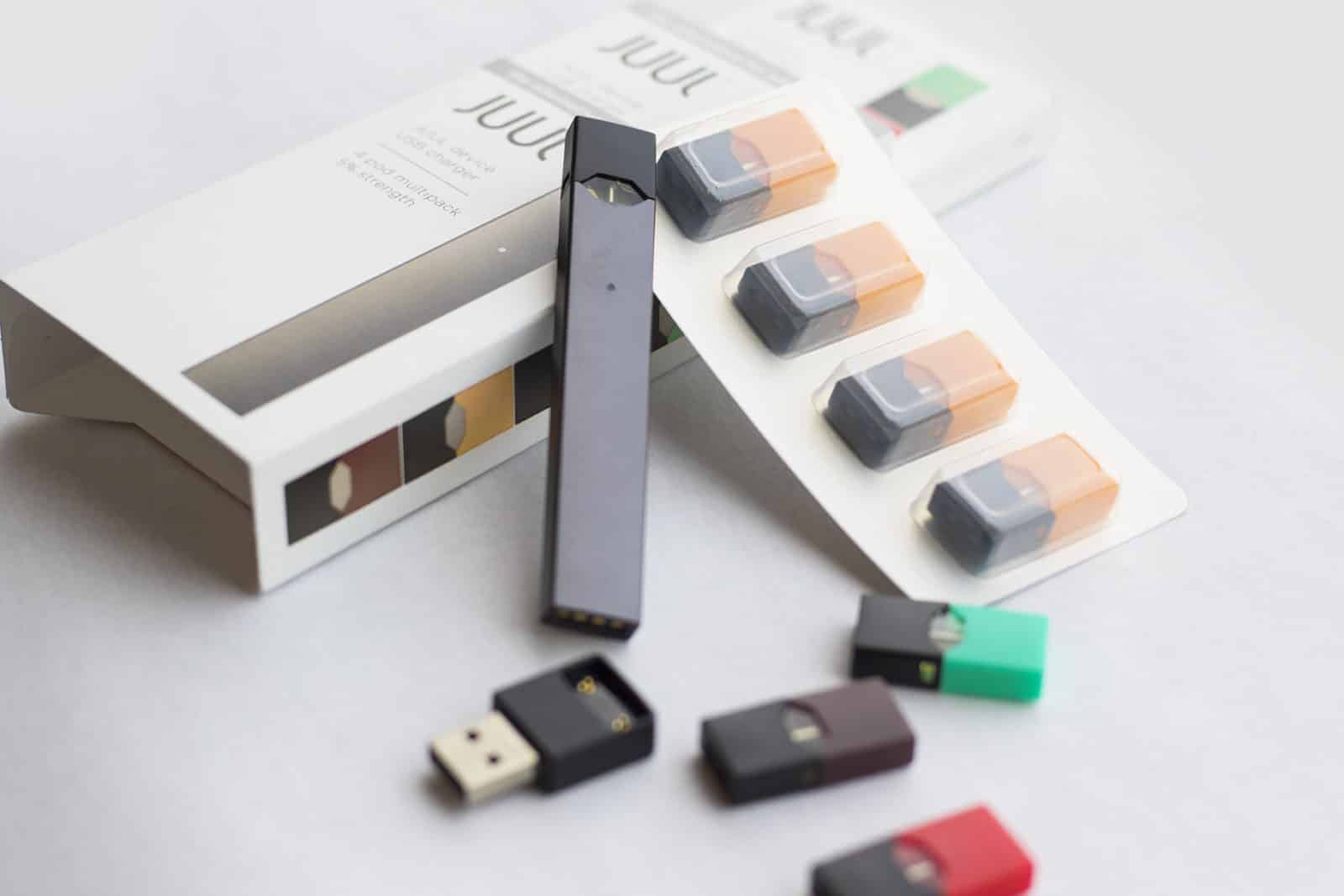 JUUL (pronounced as Jewel) is a relatively new brand of e-cigarette that is controversial due to its popularity among youth. Its namesake vaping devices are designed to look like USB drives. The company promotes these devices as an alternative to combustible cigarettes.

JUUL is so popular that a large number of other e-cigarette companies tried to come up with their own products that can compete with JUUL. The best alternative to JUUL is the Smok Infinix. Below are some of the best JUUL alternatives that you can explore. They share similarities with JUUL but they also have their own unique features that set them apart. 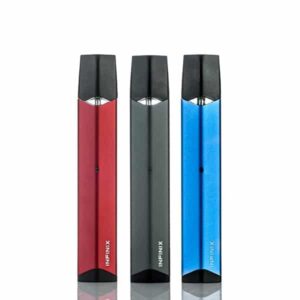 The Infinix is one of the pod mods made by popular brand Smok. It is similar to Smok’s Phix. The Infinix has a 250mAh battery. It also has an automatic MTL draw. It contains two 2ml refillable pods as well as a needle-tip 15 ml refill bottle.

This is a device with a well-built body. The diamond-shaped body has a zinc alloy housing. The housing has a matte finish that feels good in the hand. However, it would have been better if they added a grip to the body. The smoothness of the finish makes the Infinix a bit slippery.

The pods used in this device have the same shape as the device itself. It has a tapered mouthpiece. This helps in preventing the user from accidentally drawing the wrong end. You can easily avoid auto fires since the mouthpiece and the bottom have distinct shapes.

It is also easy to monitor your juice levels with the Infinix. There’s an eye-shaped window on the front and back where you can see your juice levels. And when you need to refill it, there’s a needle-tipped bottle included which can prevent messy refills.

When it comes to the flavor, Infinix delivers a slightly above average flavor. The throat hit is mild which makes it ideal for those who are still getting used to pod vapes. The Infinix delivers a draw that hits quickly and stops almost immediately so you don’t get any lingering taste from the hits.

My biggest issue with this device is the small battery. With a 250mAh battery, don’t expect it to last long. The good news is that you can charge the battery quickly. It only takes around 25 minutes of charging to get a full charge.

Click Here for an Exclusive Price on the Smok Infinix.
See Lowest Price 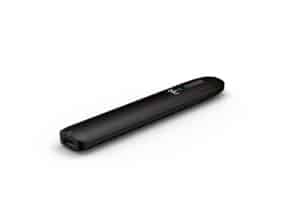 When it comes to its build quality, MyBlu is well built. The design is sleek yet sturdy. It reminds me of an oversized pen. The device has two U-shaped sections that are easy to pull back and easy to snap together as well.

Its pod-style makes this device easy to use for beginners. Its simple functionality is not hard to figure out. The pods include the mouthpiece and you can simply discard it once it’s out of juice.

Just inhale through the mouthpiece and the atomizer will automatically activate. Although it doesn’t look like one, this device works just like an e-cigarette. It has a LED light at the bottom that lights up when you draw. The said light also doubles as a battery indicator. The blue light changes to orange when the battery gets depleted.

The charging port is at the bottom of the device. Just plug in the USB cable at the bottom part. You’ll know when charging is complete because the LED light will switch off.

The draw of the MyBlu is similar to that of a cigarette. If you’re trying to quit smoking, then this is a device that you can easily get accustomed to. The cigarette-like draw is also ideal for those who like portable mouth-to-lung devices. I noticed a slight leak from around the mouthpiece, but it disappears after a few minutes.

Just like any other pod systems, the battery capacity is quite low. It only uses a 350 mAh battery. This is higher though than other portables.

Click Here for an Exclusive Price on the myBlu.
See Lowest Price 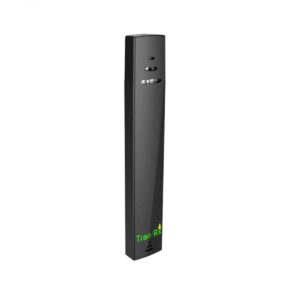 If you’re looking for a pod yet don’t want to shell out too much, then this is a great device for you. It is light in weight so you can easily carry it with you on your daily activities. It looks a lot like a USB drive but longer. This design makes it easy to conceal if you want to discreetly take a few draws.

The Trap Pod uses a 350 mAh battery. Although there are claims that it can last an entire day, that was not the case for me. To be fair, I am an avid vaper so I may have used the device more than the average user.

One of the things that draw users to pods is the fact that they are not complicated to use. Unlike mod boxes where you need to know how to match coils with different batteries, power outputs, and other complex vaping concepts. Just draw from the mouthpiece and the vaporizer automatically activates.

The pods used in the Trap Pod has a 2.0 ml capacity of juice or oil. They are also compatible with nic salt-based e-liquids. Although the pods are disposable, you can refill the pods up to 5 times before you dispose of them. You can even purchase empty pods if you have a preferred juice.

Although it is small, this device can produce great clouds. The good vapor production is something that I did not expect from an all-in-one device. I believe this is a good alternative for those who love their clouds but hate bulky devices. 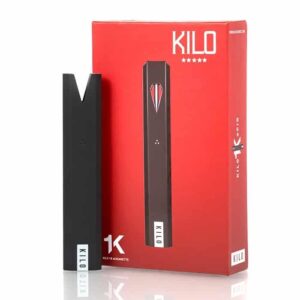 If you’re trying to wean yourself from smoking then this is a pod system that may work well for you. The design and functionality are very similar to those of the famous JUUL. Like JUUL, it uses nicotine salts, making it appealing to smokers.

One of the first things that you’ll notice upon opening a box of 1K is that there are no 1K pods included. We know of this beforehand, so we purchased pods together with the device. Those who are not aware of this will get bummed though.

I’ve mentioned earlier that these are like JUULs. Another similarity between the two is when it comes to the pods. 1K uses pods filled with nicotine salts. These pods deliver hits with better nicotine punch compared to regular nicotine vape juices. It may take getting used to though because the flavor may be too strong for some.

When it comes to length and size, it is about the same as other portable vapes. They used high-quality plastic as a material for the body. I like the matte black finish. It has a slight rubbery feel to it which makes it grippy. Other pods, although matte finished, are quite slippery.

I have a slight misgiving with the quality of the plastic used in this device. I feel like it will easily break when accidentally dropped.

Click Here for an Exclusive Price on the Kilo 1K.
See Lowest Price 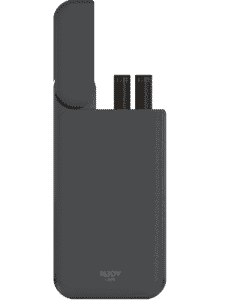 NJOY is one of the oldest e-cigarette companies. It is also one of the first companies to get nationwide retail shelf space for their disposable e-cigarettes. Which is why it’s not surprising to see NJOY fuse tried-and-tested formulas to new technologies when it comes to their products.

The Loop uses closed systems. This means that the device uses proprietary cartridges. You cannot refill these cartridges. This is one of the old-school properties retained by the company. This limits the users’ ability to use their own juice with the Loop. It can also be more expensive since you’re always buying the cartridge and not just the juice. Lastly, it limits the number of flavors you can use. You will have to rely on the flavors put out by the manufacturer.

One advantage of this system though is that it is easy to use. When you’ve used up the pod, unscrew it and throw it away. You then screw the new pod and you can vape away immediately.

When it comes to performance, the Loop is as close to real cigarettes as you can get. The juice that they use has high nicotine content. This may take getting used to especially if you’ve been using low-nicotine vape juices.

The Loop doesn’t produce too much vapor so it is not ideal for cloud chasers. It does a great job of replicating the performance of cigarettes though. Even the amount of vapor it releases is almost the same amount of smoke you’d expect from smoking a cigarette.

Click Here for an Exclusive Price on the NJOY Loop.
See Lowest Price