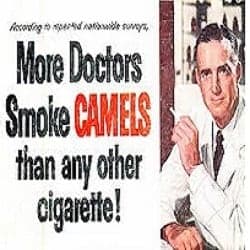 It’s no secret that the Big Tobacco companies fucked up big time. Once the vaping craze took off, they chose to put all of their effort into producing and marketing the shitty cigalike vapes that can be found in gas stations all across America, thinking that everyone wanted something that looked and felt exactly like a real cigarette. The problem is, that’s not what vapers wanted. They wanted bigger vape pens and mods that could be refilled with their choice of e-juice.

Smaller companies, most of them run by first time entrepreneurs, saw the need in the marketplace for this type of product and filled the void. They began making exactly what consumers wanted. It was an example of capitalism at its best. These small companies created a better product and actually won a larger share of the market, and in the process improved the health of millions of people by helping them to quit smoking.

Having wasted all of that money and time manufacturing cigalikes that nobody wanted, would Big Tobacco admit defeat and give up on the e-cigarette market? Or perhaps they would try to make their own vape pen or mod to compete fairly with the smaller companies that have been whooping their ass? Nope. They’ve chosen instead to publicly lobby the FDA to completely ban the market for mods and vape pens.

Gregory Conley from the American Vaping Association recently wrote an interesting article in The Hill that details the steps that Big Tobacco companies are taking to stifle competition in the extremely popular vaporizer market.  Reynolds American suggested banning all the so called “open vapor” products, including e-juice.  Altria has suggested that all vapor products go through rigorous testing that would conveniently be too expensive for smaller companies to afford. Does anyone think that these companies are doing this because they actually care about people’s health?

It seems like a no-brainer that these Big Tobacco companies are behind a lot of the latest anti-vaping propaganda and efforts to regulate vapes in oblivion. It would be amazing if our government could let the free market continue to innovate and help millions to quit smoking, but I’m not holding my breath. The trend seems to be towards knee-jerk banning of vapes and excessive taxes that would drive small shops out of business. It would be a shame if Big Tobacco is successful in using their lobbying power to destroy the health of former smokers by banning the only thing that has actually helped them to quit.