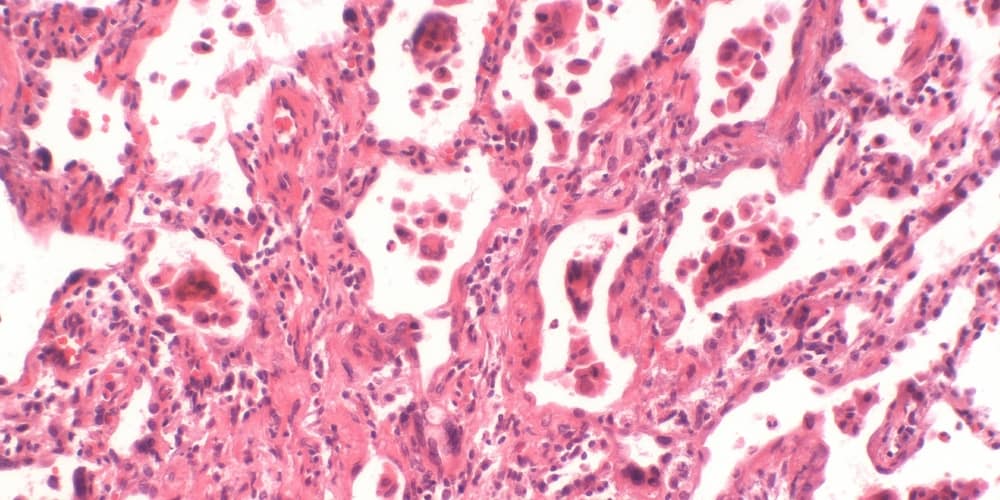 A woman has cobalt lung disease after vaping cannabis for 6 months, and researchers are looking for answers Yale Rosen from USA [CC BY-SA 2.0 (https://creativecommons.org/licenses/by-sa/2.0)]
SHARE

If the whole EVALI thing and the additives causing it aren’t scary enough for you, here’s a new one: cobalt lung disease caused by metals leaching into vaped liquids.

A 49-year-old woman in California vaped cannabis products for about six months before experiencing what felt like EVALI symptoms. Doctors eventually discovered she had a rare but existing ailment: cobalt lung disease.

Cobalt lung disease: What it is

Doctors typically see cobalt lung disease, a hard-metal lung ailment, in industrial metal workers. This is because they are usually the only people around toxic metals being heated to high temperatures—high enough to aerosolize and leach into things like liquids, causing lung damage when inhaled.

Industrial workers who routinely come into contact with metal vapor or dust—often cobalt—are typically the victims of this problem. Thus, it is usually seen in people who polish diamonds, sharpen tools, or create dental prosthetics. The California patient is a dog trainer and does not work in any at-risk professions or hobbies.

The patient was using a ZenPen brand vape pen for six months. ZenPens do not have pre-filled cartridges, and require e-liquids supplied by their user.

The doctors in this case tested the patient’s e-liquid and found aluminum, chromium, lead, manganese, nickel—and cobalt. Cobalt in particular is well-known to cause this dangerous disease.

Doctors did not test the e-liquid in this case for Vitamin E acetate or other additives. They did, however, confirm the cobalt lung disease.

Not so metal: vaping and cobalt lung disease

So far, the researchers think that the metals they detected in the e-liquid leached from the heating coil as the vape pen heated up. They point out that vaping cannabis may increase the risk of this sort of leaching, because it takes much higher temperatures to aerosolize THC compared to nicotine.

They also argue that previous research shows as the necessary voltage to heat vape devices increases, the devices release more toxic substances. Their bottom line point: vape devices should be tested and regulated, not just whatever goes into them.

As far as the California patient’s lung damage goes, it is probably permanent, although she may recover some lung function.

Cobalt lung disease is not the only case of lung injuries from vaping in the US that could be caused by metals or other toxic exposure. Tests on a Mayo Clinic patient in Arizona revealed the type of burns typically found on a person exposed to toxic chemicals, for example. Doctors at Cleveland Clinic have found two distinct lung injury patterns in lung tissue from vaping patients.

In other words, regulators are already letting vapers down, even as they ban products we need.