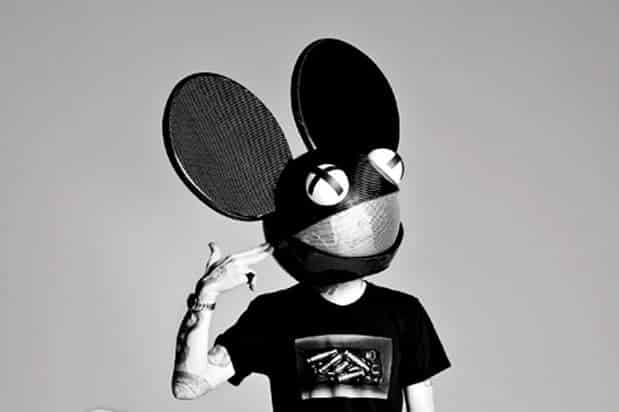 West Coast Vape Supply is the target of a new lawsuit from a 35-year-old grown man who likes to publicly wear a mouse head over his actual head.

Joel Zimmerman, who goes by the EDM stage name “Deadmau5” has filed a lawsuit through his wholly-owned corporate entity Ronica Holding Limited against West Coast Vape Supply on Thursday. The reason? He’s claiming that the name of their deadmodz line of vaping products is too similar to his own stage name, and that they even copied the font that he uses in his logo:

According to the lawsuit, the products “overlap with, are closely related to deadmau5’s goods and services and/or represent a natural zone of expansion for deadmau5, and such goods are or would be marketed and sold to the same types of consumers through the same channels of trade.”

His lawyer, Irene Lee, further states in a letter to Hollywood Reporter that:

“Our client faces unscrupulous people trying to take advantage goodwill associated with his intellectual property and his fame. We are grateful for our fans and believe it’s our obligation to make sure our fans are not duped into buying things that deadmau5 did not authorize.”

Before the lawsuit was filed, Zimmerman’s transactional attorney Dina LaPolt sent several letters to Alham Benyameen of West Coast Vape Supply. After an initial cease and desist letter on February 5th, he changed the website and logo design.

Of course, this wasn’t good enough for the lawyers. On February 19th, LaPolt sent another letter:

“Please understand that your attempted changes do not negate that fact that you have violated and continue to violate our client’s rights, and thus are liable for, among other things, trademark and copyright infringement and attendant damages. In fact, your changes only highlight your acknowledgement and concession of wrongdoing, which admittedly is willful, knowing and intentional.”

Fucking vultures. Apparently complying with a cease and desist letter is an admission of guilt? Fuck that noise.

After West Coast Vape Supply understandably chose not to respond to that letter, the lawsuit was filed. According to LaPolt:

“Instead of conceding their wrongdoing and agreeing to comply with our requests, they refused to acknowledge deadmau5’s intellectual property rights and their wrongdoing, necessitating this legal action. We intend to vigorously protect deadmau5’s rights.”