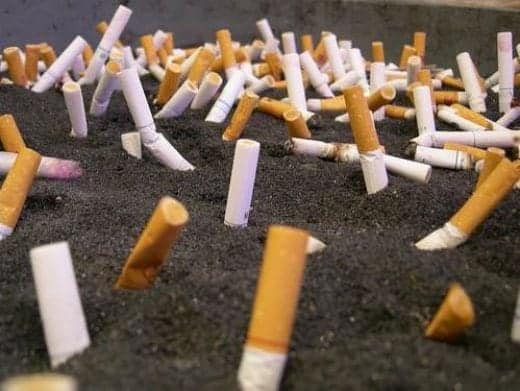 As the public increasingly become aware of the health risks and costs involved in smoking cigarettes, many smokers are switching over to e-cigarettes. The health risks of cigarette smoking have been well-publicized by governments for decades, with the U.S Surgeon General having issued a report on the risks back in 1964. Nowadays, all cigarette packages must carry warnings about the risks that smoking poses.

The market for smokable tobacco in the U.S. has since been shrinking, with forecasts that the number of smokers in the U.S. will decline at a rate of 2-3% per year. The short-term solution to maintaining revenues in the face of the declining market size has been price hikes, causing more and more strain on our citizen’s finances; especially with other economic factors like increased gas prices and payroll taxes.

E—cigarettes are now undoubtedly the biggest threat that the tobacco industry has ever faced. Since the very inception of the first cigarettes in 1865, no major developments have occurred until the 1960s with the use of the filter. It was only a matter of time for technology decided to innovate cigarettes, and big tobacco companies were not prepared.

E- cigarettes have been in circulation since 2006; with only several thousand users. Since 2006 the market has exploded. There are now several million users worldwide and hundreds of brands to choose from. By next year, e- cigarette sales are projected to top $10 Billion; rising 25% a year since 2014.

The number of traditional cigarettes sold in the United States has also fallen 29.6 percent since 2004. That is partly the result of social initiatives including education campaigns and bans on smoking in public places in towns and cities nationwide- something that e-cigarettes don’t experience.

Many converted e- cigarette smokers report they now prefer them due to them being able to indulge in different vaporized flavors and aromas without any of the negative social stigma attached with tobacco smoking. Now, in stores all over the US, there Is 31% more shelf space being devoted to e- cigarettes, vapors and liquids.  According to the Wells Fargo research, 100% of the surveyed tobacco resellers and wholesalers, representing over 45,000 U.S. convenience stores, are now selling electronic cigarettes, and 98% of them reported growing sales in the first quarter of this year by an average of 30%. The Wells Fargo survey interestingly found that repeat sales are now outnumbering trial purchases which shows how e-cigarette companies are gathering more and more uses from Big Tobacco, affecting their profits.

Bonnie Herzog, the senior analyst for Wells Fargo Securities anticipates margins from vapor products will approach 39% by 2018—substantially closing the gap with combustible cigarettes, which Wells Fargo estimates will generate margins of 54.5% by 2018 showing vaping and e-cigarette use is really starting to threaten the $89 Billion tobacco industry.

In the face of growing pressures from tobacco lobbyist there has never been a stronger indication that the pendulum has swung in favor of the healthier, cheaper option of E-Cigarettes. If you are thinking about making the switch then check out the 2016 guide to the best E cigarettes of the year.

FDA Approves Phillip Morris’ IQOS Heat-Not-Burn Device: Here’s When You Can Buy it

These Three Companies are Being Sued Over a Vape Pen Explosion