The Evolution of Vaping and Nicotine

Traditionally; nicotine was administered through burning tobacco leaf in pipes, cigarettes or cigars. As far as nicotine replacement goes, there have been a few options on the market for a while now including the likes of gum and patches. Since 2003, there’s a new way to get a nicotine fix without having to inhale smoke, chew gum or stick a patch on.

Vaping has revolutionised nicotine replacement therapy for millions of smokers the world over. Vaping offers a safer alternative to smoking by providing a similar sensation of inhaling and producing vapour (rather than smoke). The technology of e-cigarettes themselves has changed enormously in a little over a decade since they were first released back in 2003. Along with new tech, e-liquid and the liquid format of nicotine has changed over time too. 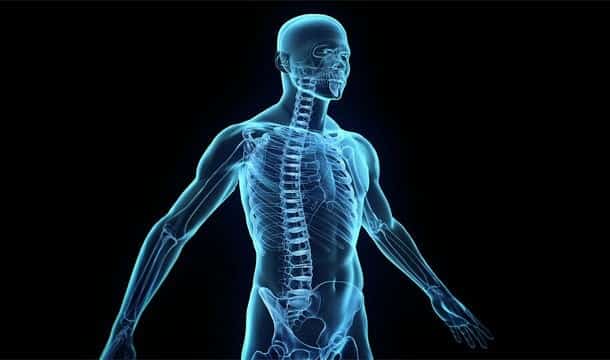 Where nicotine can be found

Nicotine is naturally present in several plants, just in varying concentrations. Tobacco holds the highest concentration but nicotine can also be found in tomatoes, eggplant and potatoes. Nicotine used in e-liquid is typically distilled from the tobacco leaf though there are now synthetic forms of nicotine that are created entirely independently from tobacco.

The first modern form of nicotine was created back in the 1950s. Tobacco plants were bred to increase the amount of nicotine in their leaves. Ammonia was added to the tobacco itself to create what’s called freebase nicotine which is more easily absorbed by the body.

The evolution of vaping and e-liquid

First gen e-cigarettes were incredibly basic. Similar in shape and appearance to a conventional combustible cigarette, they didn’t offer an incredibly satisfying experience. With a fixed amount of nicotine, disposable design and minimal flavour and vapour, they were an expensive alternative to smoking.

As the technology evolved, vapes became more customisable. You had the option of tanks which could be refilled with different flavoured e-liquids as well as different nicotine strengths. Vaping became more versatile and you the ability to change how much nicotine you were having over time.

These days, the flavours and kits available on the market are more diverse than ever. Regardless of whether you used to be a pack a day smoker or only an occasional, light smoker there’s a nicotine strength for you with a myriad of flavours to choose from. There’s also now more than one form of nicotine so you can choose according to your previous smoking habit.

Aside from just different strengths, there are now two varieties of nicotine too. Freebase nicotine is the conventional, traditional form of nicotine that’s been used in e-liquid since vaping was invented. Nicotine in its pure and natural form has low bioavailability meaning it isn’t easily absorbed into the system. Pure nicotine is a fairly neutral pH but is also fairly unstable. Freebase nicotine has been stabilised by adding a basic compound, increasing its pH. This makes it more readily absorbed by the body without increasing the volume of nicotine. The higher the concentration of freebase nicotine you have, the more peppery the taste and the stronger the throat hit will be.

Nicotine salts are another compound that’s been stabilised but instead of being a basic pH, they’re kept neutral with the addition of benzoic acid. This process makes the nicotine more bioavailable in the same way that freebase nicotine is. However, because it’s more neutral you can vape it in higher concentrations without experiencing a harsh taste or throat hit. It’s the most readily absorbed form of nicotine, comparable to that of a conventional cigarette. It also leaves the system more quickly. The Juul popularised nicotine salts with their high-dose pod system then a huge array of kits and nic salt e-liquids have hit the market.

Both freebase and nic salt format e-liquids are a great option for vapers, which one is best for you just comes down to how you vape and what your smoking habits were.

Which nicotine is best for which vaper?

As they’re absorbed slightly differently and have different effects, freebase vs nic salts serve different purposes. Freebase nicotine, because it’s more hard hitting on the throat, is better for those using a lower strength. The higher the level, the more dominant the flavour of the nicotine is itself. It takes a little more power to vaporise so freebase nicotine liquids are suited for sub ohm vapers who still want a nic hit. Using nic salts in high powered devices would deliver too strong a concentration.

Nic salts on the other hand vaporise at low temperatures, making them ideal for pod kits and low powered devices. They offer a smooth throat hit and don’t compromise on flavour because the nicotine itself is more stable and of a neutral pH. This means you can vape at a high level for a strong hit while still having an enjoyable experience. These e-liquids are best for recent quitters who had a pack-a-day habit and need a strong dose to keep cravings at bay. Nic salts are also an efficient way to use less liquid as they’re more satisfying than freebase nicotine.

How e-liquid differs from conventional tobacco

Many countries still classify e-liquids as a tobacco product, as such, vapers are unfortunately also classified as smokers. While most e-liquid contains nicotine derived from tobacco, the effects each product has on your body is very different. Part of this is due to chemistry, part is due to the way in which it’s administered.

Tobacco in its natural form when smoked is a combustion process. Tobacco itself contains thousands of chemicals but the actual process of burning it is part of the reason it’s so toxic. While it delivers nicotine, it also exposes your body to ash, smoke and thousands of chemicals. Many of which are carcinogens.

Vapour is an aerosol meaning there’s no combustion process. Vaping evaporates the e-liquid which contains your nicotine and your body absorbs it through vapour in the same way it would absorb it through smoke. The only byproducts of vaping are water, carbon dioxide (which you exhale as a normal part of breathing anyway), propylene glycol, vegetable glycerine and trace amounts of nicotine.