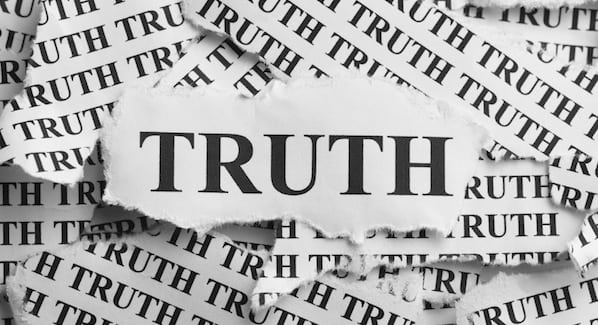 Someone in a position to do something has seen the light! Someone in a leadership role has recognized the health benefits of vaping over cigarettes and is telling the world about it!

Of course you are asking, who is this person?

Miller, along with a “group of a dozen internationally-recognized experts in public health policy and tobacco and nicotine science” want the U.S. Food and Drug Administration to rethink the dreaded “deeming” rule, according to a press release on the Iowa Attorney General’s website.

“We support FDA jurisdiction for these products,” the group wrote in a letter to FDA Commissioner Scott Gottlieb, “but at this time we do not believe that the current regulatory framework for the low-risk nicotine products such as e-cigarettes and smokeless tobacco is appropriate or will deliver the substantial health benefits we hope and expect FDA’s oversight will bring.”

In case you aren’t aware, the dreaded deeming rule was finalized in 2016. The rule places vaping products under the control of the FDA as part of the Federal Food, Drug, and Cosmetic Act. It would limit what vape shops and manufacturers can do. According to the Era’s website, the “FDA is taking this action to reduce the death and disease from tobacco products.”

And thankfully – insert hallelujah here! – Miller and his group disagree.

The group “recommends FDA embrace an objective to bring public perception closer to reality, “ according to the press release. “For example, the group suggests that the agency consider approving ‘standardized evidence-based and non-misleading statements that vendors of low-risk products could use in packaging and advertising’ and except them from Tobacco Control Act misbranding provisions enforcement.

Strong words and I’m personally extremely happy to see them.

Let’s look at that statement for a moment, “bring public perception closer to reality.” Let me just say a big heck yeah to that. There is so much misinformation floating around about vaping. Information telling us that vaping causes popcorn lung and is more physically harmful than the nasty, stinky cancer causing sticks.

Do a Google search for “is vaping safe” and you will be bombarded with false information.
So, yes, let’s “bring public perception closer to reality.”

Now, let’s look a little further where the Miller and the group refer to “low-risk products.”

Finally, someone said it! Giving the science we have now, the studies that have been done on the effects of vaping on the body and in the surrounding air, vaping presents a significantly lower risk of harm than nasty, old cigarettes.

Speaking from personal experience, my lungs don’t burn like they did when I smoked, just walking to the mailbox and back. I’m not constantly winded and in pain. Also, since I stopped smoking and started exclusively vaping I have also noticed my sense of smell returning, which is absolutely wonderful. Knowing my own body, I can tell you, this alone tells me that vaping isn’t causing the physical damage that smoking did.

Can I get another hallelujah?

And, it just gets better from Miller and this group in their letter to the FDA.

“It is clear beyond a reasonable doubt that vapor products present lower risks to nicotine users than smoking,” according to the letter. “The costs and burdens of FDA’s approach threaten to heavily contract and constrain the emerging market in vaping and other low-risk technologies, and some action is required in the short-term to stabilize the market.”
Amen and preach on brothers and sisters!

Those beautiful words “it is clear beyond a reasonable doubt that vapor products present lower risks to nicotine users than smoking.”

Now remember, these are learned and respected individuals making this claim. This isn’t the 36-year-old mother of three living in Podunk that no one pays any mind to. I’m certainly praying that those at the FDA read this letter and take the words to heart. Or, more specifically to their thick skulls.

Now you are probably thinking, “wait a minute, didn’t you say this Miller guy was telling the world about vaping, not just one letter?” Yes I sure did say that.

Miller has taken his message around the globe, according to The Huffington Post, including a speech in London last year crediting British leaders with understanding “the health benefits of transitioning smokers away from combustible cigarettes to much safer vapor products that contain no tobacco and produce no smoke.”

Miller has also said he believers “that the government approach to e-cigarett4a is one of the most important public health and public policy issues in the world today,” according to The Huffington post.

“There are 40 million adult smokers in American today. If every one of the switched to an e-cigarette, we would save 10 to 15 million lives of the 2 million lives that would be lost,” Miller said, according to The Huffington Post.

I pray that Miller keeps speaking out and that others start listening to the nine-term Democrat. I know a decent amount of vapers and I’ve never had a single one tell me that vaping makes them feel as bad or worse than smoking cigarettes. I’ve never heard someone say they prefer the nasty, little suckers that are without a doubt known to cause cancer of vaping.

We need to educate the public on what vaping really is and how it really effects the user. The misinformation and being taken further from reality is not helping anyone.

To go back to what Miller said, think of the millions of lives that may be saved by speaking the truth and transitioning smoker to vapers.

Help spread the word, fellow vapers, and speak the truth.