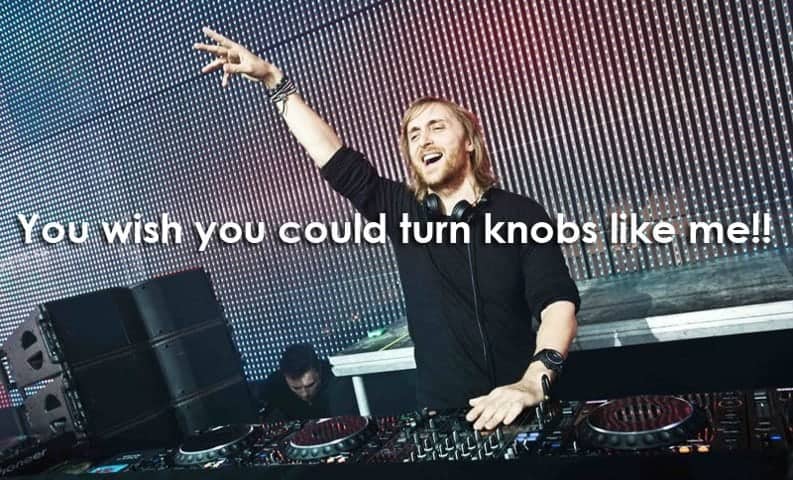 I’m sorry for subjecting your ears to this nonsense, but since it’s relevant to a viral vaping video from a couple months ago I feel the need to share it. If you haven’t already seen the video of the guy stuck in traffic who was overly excited about a random dude blowing clouds in the car in front of him, it’s pretty fucking hilarious:

Of course, when anything gains a little bit of viral fame it’s going to be sampled in either a rap song or an electronic song, and that has now happened to the “GIVE US ANOTHER ONE” guy.

To be honest I only made it about 45 seconds into the song before I had to shut it off for assaulting my eardrums with shittiness. Looks like all of the fake bots that the guy bought from India disagree with me though.

ATTENTION ALL ELECTRONIC “MUSICIANS”: Owning a Macbook is not a substitute for actually learning about music theory! Even if you’re going to make crappy music on your computer, you should still learn how to play instruments first so that you have enough knowledge to make your crappy music sound less like a steaming load of dogshit!

The things I subject myself to as a vape blogger…. 🙁

Oh and in case you were wondering, the guy did end up giving him another one: