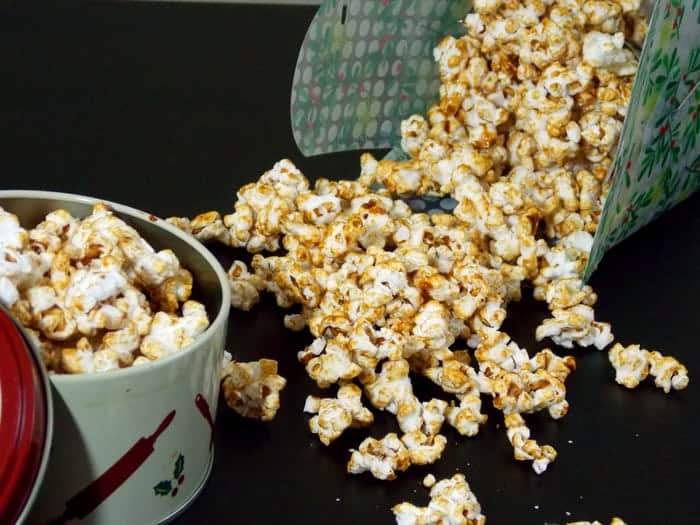 I’m sure you’ve heard the stories from your grandma on Facebook about how you’re going to get Bronchiolitis obliterans aka “Popcorn Lung” and die a horrible death from vaping. The study that reached the conclusion that diacetyl was found in 75% of e-cigarette flavors was published in the journal Environmental Health Perspectives and has spawned an abundance of panicky clickbait headlines that have been making the rounds on social media lately. But just like the infamous formaldehyde study from earlier this year, the reactions to this one are also full of shit. Here’s why:

“Diacetyl was detected above the laboratory limit of detection 39 of the 51 flavors tested, ranging from < limit of qualification (LOQ) to 239 µg/e-cigarette.”

So 39 of the flavors that were tested had up to 239 micrograms. How does that stack up to the amount of “popcorn lung” causing chemicals in regular cigarettes?

It doesn’t take a rocket scientist to realize that even the “dangerous” e-cigs that were tested actually had a lower amount of diacetyl than the cigarette brands that were tested, thus making them a safer alternative to smoking.

Diacetyl in cigarettes has never been proven to cause “popcorn lung”

The NIH has previously claimed that diacetyl is NOT a risk factor for the disease back in 2014, even at the high levels that are present in cigarettes, as shown here (note that the NIH also funded this e-cigarette study. They also have a history of being against any form of tobacco harm reduction. Could there be a conflict of interest here?):

“Further, because smoking has not been shown to be a risk factor for bronchiolitis obliterans, our findings are inconsistent with claims that diacetyl and/or 2,3-pentanedione exposure are risk factors for this disease.”

If previous research from the NIH isn’t enough to convince you, it should be noted that there has not been a single example of a smoker contracting Bronchiolitis obliterans. If you can’t get it from smoking, you definitely won’t get it from vaping.

The flavors chosen were arbitrary

The researchers supposedly chose flavors that are “appealing to youth”. There is no objective way to measure what would be considered “appealing to youth”, and there is no logical reason to choose that as a criteria. For this reason alone, this whole study should be disregarded. The obvious bias in inserting the common anti-vape “think of the children” argument into a supposedly objective study is complete and total bullshit. It’s almost like they were envisioning the headlines that the study would inspire before they even started it…. hmmm….

“We sought to expand the state of knowledge on flavoring chemicals in ecigarettes with a particular focus on e-cigarettes sold by the largest cigarette companies and also those flavors that we deem would be appealing to children, teenagers, and young adults.”

We evaluated 51 flavors, including all available flavors from three large cigarette companies (Brands A, B, and C, with 2, 2, and 7 flavors, respectively)

If you scroll down to Table 2 in the study and look at the results by brand, it’s clear that the highest amount of diacetyl (238.9) was found in the Brand C Peach Schnapps flavor. As you’ll recall, A, B, and C are Big Tobacco brands. The largest amount of diacetyl in a non-Big Tobacco brand? Brand E (additional flavor from an e-cigarette distributor) Cin flavor at 38.4. So even if you’re still terrified of “popcorn lung” after reading this, just stay away from the Big Tobacco e-cigs and you won’t be exposing yourself to significant amounts of the chemical.

“Although I agree that we should know if e-liquids contain diacetyl and acetyl propionyl, I must note that the study has missed some very important points. One is the assessment of the levels found in their samples. The levels presented in Figure 2 are quite low, much lower that what we found in our study. In many cases, levels of these compounds are absolutely minimal, and it is NOT expected to raise any concerns about human health effects. Additionaly, the authors FAILED to mention the presence of these compounds in tobacco cigarette smoke. This omission creates the impression that e-cigarettes are exposing users to a new chemical hazard, while in reality their exposure will be much lower compared to smoking.”

“the article is creating false impressions and exaggerates the potential risk from diacetyl and acetyl propionyl exposure through e-cigarettes. They failed to mention that these chemicals are present in tobacco cigarette smoke and violated a classical toxicological principle that the amount determines the toxicity and the risk.”

Recent research in the UK determined that vaping is 95% safer than smoking, and doctors in the UK will soon start prescribing e-cigarettes to smokers who are looking to quit. It’s unlikely that they would make that choice if they thought that they were exposing their patients to “popcorn lung”. It should also be noted that the UK doesn’t have a for-profit healthcare system like we do here in America. The vape industry is made up primarily of small-time business owners, and these upstart entrepreneurs have managed to obliterate the profits of huge tobacco and pharmaceutical companies. When evaluating sensationalized articles about the dangers of vaping you should ask yourself “who stands to profit if vaping is destroyed?” and then determine if what you’re reading is legit or if it’s designed to line someone’s pockets instead.

P.S. If you want to learn more about how Big Tobacco has used “scientific studies” in the past to protect their profits, I’d highly recommend reading Merchants of Doubt. It’s highly likely that they are running similar campaigns right now to protect their industry from vaping.