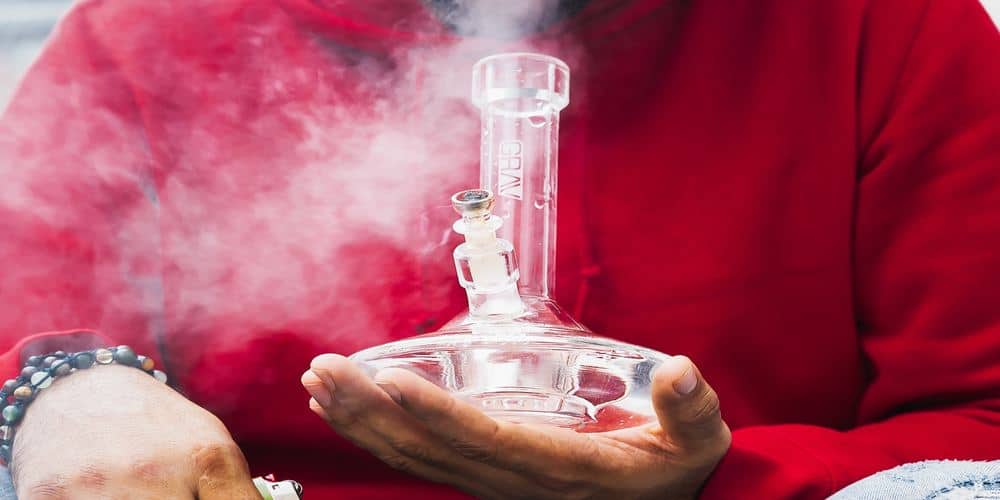 If you're thinking hookah smoke is a safer alternative, think again
SHARE

If you think hookah smoke is safer than vaping, read this first.

New research from the University of California, Irvine (UCI) shows that using a water pipe and inhaling hookah smoke—whatever is in the bowl—could be more dangerous than other types of smoking.

According to the team, approximately 1 in 5 college students in the US and EU have smoked with a hookah water pipe. The researchers tested typical shared water pipe sessions and found that a single “pull” of hookah smoke can contain the equivalent of the toxins from an entire cigarette.

“Hookah mainstream smoke—which is directly inhaled—has many toxic and harmful chemicals, such as nicotine; irritating carbonyl compounds; and benzine, a known carcinogen,” assistant project scientist and lead author Veronique Perraud stated in the press release. “Due to the greater volume inhaled for every puff and the longer duration of a smoking session, the hookah often delivers a higher dose of those chemicals to the smoker.”

The team also found that the hookahs produced unexpectedly high quantities of carbon monoxide. This was mainly due to the charcoal heat source, but it remains a risk.

More Toxic in a Hookah

However, the team found that smoke from the herbal blend contained even higher levels of toxic gases than the mainstream hookah smoke.

The scientists used a standard mass spectrometer and one uniquely constructed to characterize ultrafine particles—those smaller than 100 nanometers in diameter.

Ultrafine particles can readily cross the blood-brain barrier. This means they can pose significant health risks, easily moving through the pulmonary system.

“One of the big myths about hookah usage is that the water in the bowl actually filters out the toxic chemicals, providing a shield for the smoker,” Perraud noted in the press release. “This is not the case for most of the gases and, possibly due to its cooling effect, water actually promotes ultrafine particle formation.”

Is Vapor Better Than Hookah Smoke?

But how does hookah smoking compare to smoking cigarettes—and to vaping? If you are vaping to quit smoking, is that a smart call?

Once again, although not without risk, vaping is still far safer than smoking. This is true whether smoking a conventional cigarette or a hookah.

Comparing hookah and cigarette smoking is a little more complicated.

Cigarettes and hookahs combust tobacco at different temperatures. A hookah bowl is cooler-burning. Therefore, it creates chemical compositions that are less complex than those in cigarette smoke.

On the other hand, a hookah also produces more sugar derivatives—and glycerol. We have reported on this recently: glycerol is a food additive.

Normally, glycerol is harmless. However, it decomposes when heated, producing aldehydes. These irritants are potential carcinogens.

Remember, though: these chemicals are also in conventional cigarettes—usually in higher amounts. And another big difference: you don’t typically go through a pack of hookahs a day.

The bottom line: know these risks and be smart about them. Weigh your best options and reduce your own harm.