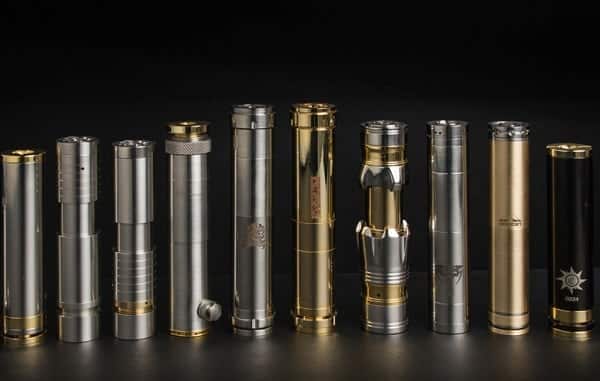 Anyone who has been keeping up to date with the latest trends in the world of vaping will know that electronic box mods are becoming hugely popular. With an abundance of features including variable wattage, variable voltage, temperature control, and fancy schmancy LED screens, it’s no wonder that they’ve surpassed the popularity of their simplistic mechanical mod brethren.

But like an old workhorse that just won’t die, mechanical mods have been hanging in there and are still have a rabid fan base of experienced vapers who won’t use anything else. These mech mod enthusiasts refuse to let the high tech features of electronic mods or even the threat of explosions lure them away from their mechanical mod obsession. But why?

As far as I can tell, mechanical mods have a few main advantages.

“Oh no! I dropped my mechanical mod in the toilet and it won’t work anymore!” Said no one ever. These things are built to last. While a little bit of water or a drop from anything more than 1 ½ feet will destroy even the most rugged electronic mod, mechanical mods are built like tanks and can withstand even the most punishing abuse.

They let you nerd out

Since they are so inherently simple, nothing more than a metal tube with a button, it’s easier to customize your vaping experience with things like RDA’s. You don’t have to worry about the electronics throwing anything off, because there are none. The button activates the battery and that’s it. So you know that if you use a new type of coil and your vape changes, the coil caused it, not some weird setting that you accidently changed on the mod. Mech mods are a vaping nerds wet dream come true.

So I don’t think that mech mods will completely die off, but it’s undeniable that their mainstream appeal is waning. Eventually, as regulated mods become even more advanced, mechanical mods will only be used by a few extremely nerdy hobbyists. Additionally, for liability reasons, most vaping companies begin to stop producing mechanical mods and will try to push most vapers into using regulated mods that (most likely) won’t blow up in someone’s face. Less risk of a lawsuit that way.

I have moved towards using a regulated box mod myself, but I have to admit that I still like having my Lone Wulf mech mod as a backup because of how dependable it is.

What do you think? Will mechanical mods die off or will they remain popular for years to come? Let us know in the comments!