High-powered box mods are all the rage these days, with almost every major manufacturer pumping out their own triple-18650 mods. The iJoy Maxo is attempting to beat out the competition by taking it to the next level with an added FOURTH battery. While it doesn’t take a rocket scientist to figure out that this thing is going to be a beast of a box mod, is it worth it? Do we really need a mod with four batteries?

Let’s take a closer look and find out. 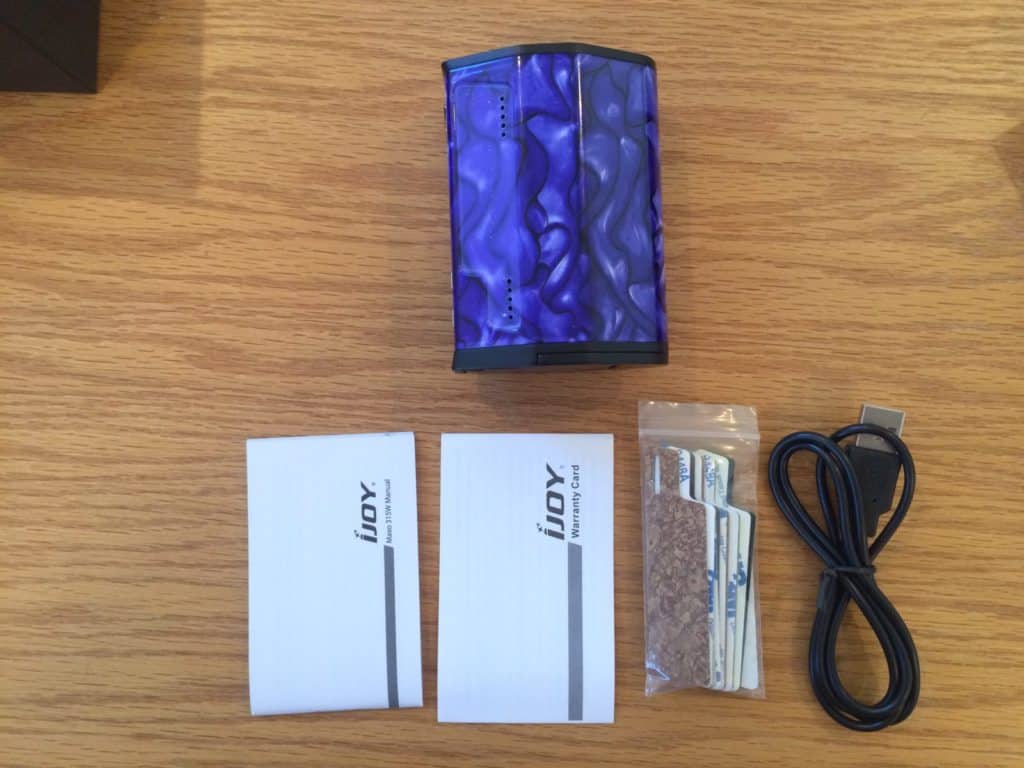 Since I don’t have a ton of experience vaping with quad-18650 box mods, I wasn’t really sure what to expect. I figured that the performance would be amazing but as far as the appearance goes I was imagining that it would turn out to be a huge, bulky monstrosity that would be a massive pain in the ass to carry around. Reading some of the discussions online where people complained about the bulk of this mod didn’t do anything to disabuse me of the notion that it would be overly bulky.

I couldn’t have been more wrong.

The first thing I thought when I opened the box was “how in the hell do you fit four 18650 batteries in this thing?” Obviously it’s not as tiny as a most other mods on the market, but it fit snugly in my average-sized hand and was surprisingly comfortable to vape with all day long. If you have tiny hands this might not be the mod for you however. It’s got a strange hexagonal type shape to it that I like, but it may not be for everyone.

I received one in the gorgeous limited edition blue color. It’s a really nice deep blue with black squiggly lines, really artistic looking. I can’t vouch for the other colors, but this blue box mod is stunning.

Of course it’s larger than normal size and weight ensure that this won’t be your go-to mod when you need something that’ll fit in your jeans pocket. But for at-home use or carrying around in a winter jacket, the iJoy Maxo fits the bill perfectly. I can see why people complain about the size, but considering the fact that you get to fit four 18650 batteries in this thing it’s amazing that it isn’t even bigger. It seems like people will find any excuse to complain about things these days.

While the quad-18650 configuration may make the size and weight a tad bit inconvenient, it leads to dramatically increased performance.

With this bad boy you’re going to be getting significantly increased battery life compared to smaller mods (approximately double the battery life of a dual-18650 mod). The addition of two extra batteries also leads to significantly 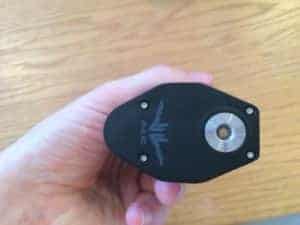 increased power output, up to 315W (I have no idea who would want to vape at that high of a wattage, but it’s nice to have the option I guess).

The Maxo uses the same Iwepal chip as the iJoy Limitless, so if you’re familiar with that mod you already know what to expect here. You can access the menu by pressing the power button three times. Once you’ve activated the menu, simply use the up and down button to scroll through the options. You can put it in wattage mode, select from three different materials for temp control (stainless steel, Ni200, and titanium), and flip the orientation of the display. 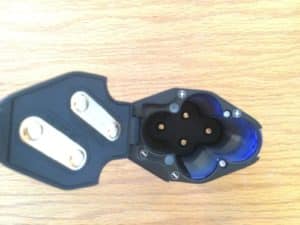 There is also another interesting option that allows you to personalize your vaping experience. When you select this option you’ll be presented with a submenu where you can choose from “Soft”, “Normal”, “Hard”, and “User”. The first option tells the mod to fire at 20% less power for the first 0.5 seconds of your draw, while “Hard” tells it to fire at 30% more power. The “User” option allows you to set the wattage for the first 3 seconds of the draw in half-second increments.

This is a basic no-frills menu and I love it. The “feature creep” in some of the more advanced box mods these days is getting a tad bit ridiculous, so it’s refreshing to see a mod that only gives you the basic options, aka the ones that will actually impact your vaping experience without any of the bullshit.

If you really hate larger box mods, then you’ll want to take a pass on this one.

But if you want something that has double the battery life of a dual-18650 mod, tons of power, and just enough features to do anything that you need it to do, then the iJoy Maxo is the perfect mod for you. I think that the iJoy Maxo definitely deserves a spot in the rotation of any serious vaper, even if it doesn’t become your go-to everyday mod.