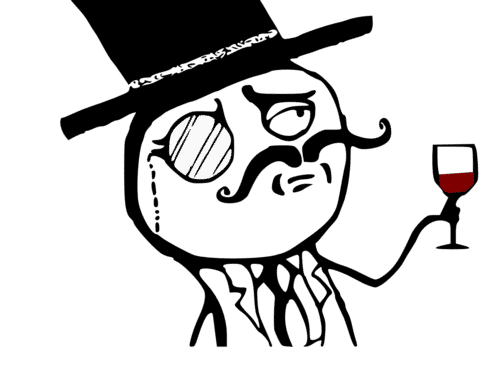 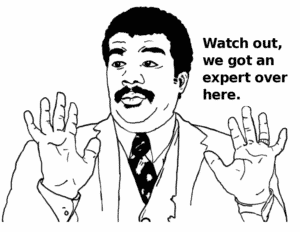 Whisky, wine, coffee,  craft beer, cigars… That seems to me to be a pretty good list of stuff. And one of the things that they have in common, other than perhaps the fact that you wouldn’t give any of them to a five year old, is that it’s possible to be a ‘connoisseur’ in each item on that last — in other words it’s possible to develop a highly specialized set of knowledge that lets you talk about different kinds of cigars, coffees or whatevers in precise detail.  Should vaping be the next thing added to that illustrious list, and if so, would that even be a good thing for the vaping community?

What would it take to be a vape connoisseur?

Now obviously you can’t have connoisseurs in everything. Take salad for example. It’s been around forever and yet I’ve never met anyone who identifies themselves as a salad connoisseur. Even the staunchest, leaf-eating vegetarian would have to concede that there’s something about salad which is just… lacking from a connoisseur’s perspective. The same seems to be true of cigarettes. While you can be a connoisseur of tobacco in the form of cigars or even pipes, traditional cigarettes seem, for whatever reason, to have missed the boat on ‘connoisseurship.’ Perhaps it’s because cigarettes tend to become an addiction rather than a hobby, hungrily devoured rather than lovingly savored.

So where does vaping come on the spectrum? Is it closer to craft beer or a limp salad? Obviously I come down pretty hard on the side that says that you can enjoy the different nuances of vaping in the same way you can enjoy the complex and varied tastes of craft beer or a fine cigar. I think that one of the compelling reasons for this is that there is an endless variety of e-juice blends out there, and just as each micro-brewery produces something unique, so do each of the different e-juice producers.

This massive range of differences is excellent for the community, because it means not only will everyone probably find something to their taste, but also that there is an exciting amount of different e-juices to try. This leads to lively and usually heated discussions about which e-juice blends are the best, and these discussions mean that people are exercising judgment and voicing their opinions — rightly or wrongly — rather than simply reaching for the nearest bottle of liquid nicotine without question. A ‘vaping connoisseur’ emerges as someone who can tell the difference between a cheap Chinese import and an American or British made product without looking at the back of a bottle (or the price tag).

Perhaps the only thing more cringeworthy than uploading #vapelyf photos to tumblr would be describing yourself as a ‘vape connoisseur.’ We’ve all had those conversations with people who can talk for fifteen minutes about why their taste in coffee is better than yours, or how terrible you are for buying the $20 bottle of whisky rather than the $50 bottle, and I think that we’ve all wanted to take that kind of person and push them off a collective cliff.

But while a vaping connoisseur might not always be the life and soul of the party, they undoubtedly play a number of important roles in the vaping community. They are the living embodiment of the fussy customer and are important influencers, so e-juice manufacturers are constantly trying to up their game in order to keep vaping connoisseurs impressed. This benefits everyone as it keeps the quality of products high. And because the connoisseur-type personality loves the sound of their own voice, they aren’t lazy about getting onto online forums and outing producers of substandard stuff — which keeps the market in better shape for the rest of us. Like a vulture picking clean the carcass of a lion, vaping connoisseurs might not necessarily  be the most appealing conversation partner, but they are undoubtedly performing a necessary service in the community’s ecosystem.

As e-juice blends become more sophisticated and the technology behind vaping gets more complex, the ground becomes increasingly fertile for the growth of vaping connoisseurs. We already have ‘flavor of the month’ clubs for e-juices in the same way that wines have had for years, and we already have vaping clubs meeting online or in person to discuss the finer details of blending your own juice or making your own box mod without blowing a hole in your face. As regulatory pressures loom, these clubs or forums could potentially become increasingly important sources of information in a reduced market.

So whilst we may not all have to be vaping connoisseurs, and while we may not even necessarily like them, we should acknowledge that the fact that they are starting to exist is a promising sign of maturity for the industry, and perhaps even a blessing in disguise for the community.