How the New FDA E-Cig Regulations Will Affect YOU

The FDA released a policy draft on Wednesday with the goal of preventing e-cigarettes from getting into the hands of children. Flavored e-juices could be pulled from the market as a result. The draft compliance policy is undergoing a 30 day comment period. Once the regulations are finalized, the FDA would take action against stores 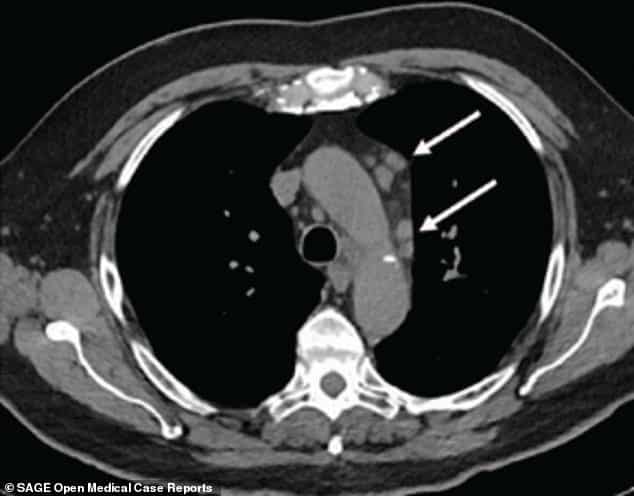 An 81-year-old cancer patient who was told that his cancer would eventually kill him saw his tumors shrink after taking drops of CBD oil every day. The unidentified patient refused chemotherapy and other traditional treatments in favor of a controversial new strategy: Taking CBD on a daily basis for three months. Although Cannabidiol hasn’t been 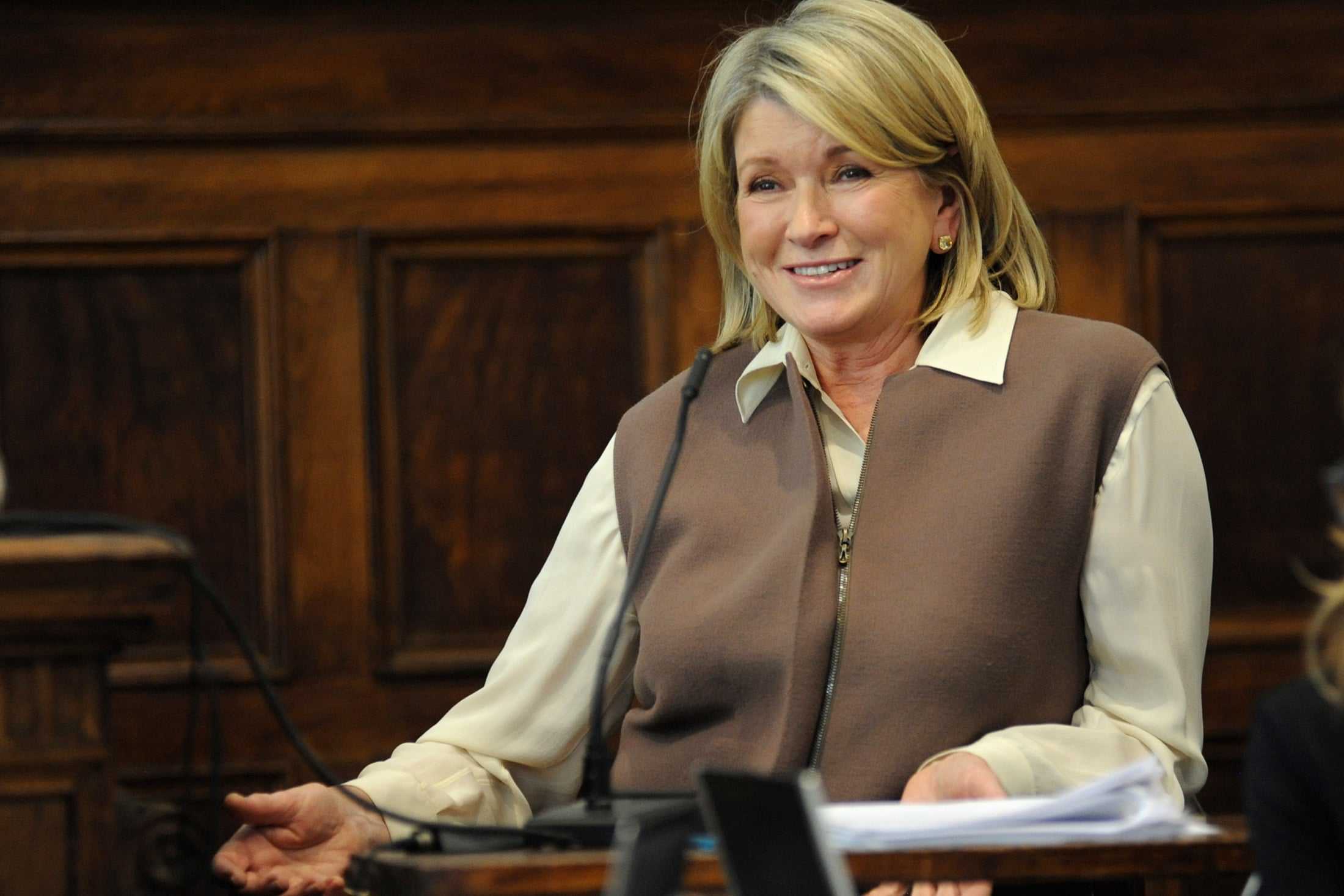 Martha Stewart, the popular TV personality and retail executive, just announced that she’s partnering with Canopy Growth to release her first line of CBD products. “I am delighted to establish this partnership with Canopy Growth and share with them the knowledge I have gained after years of ‘doing it all,’” Stewart said in a statement. 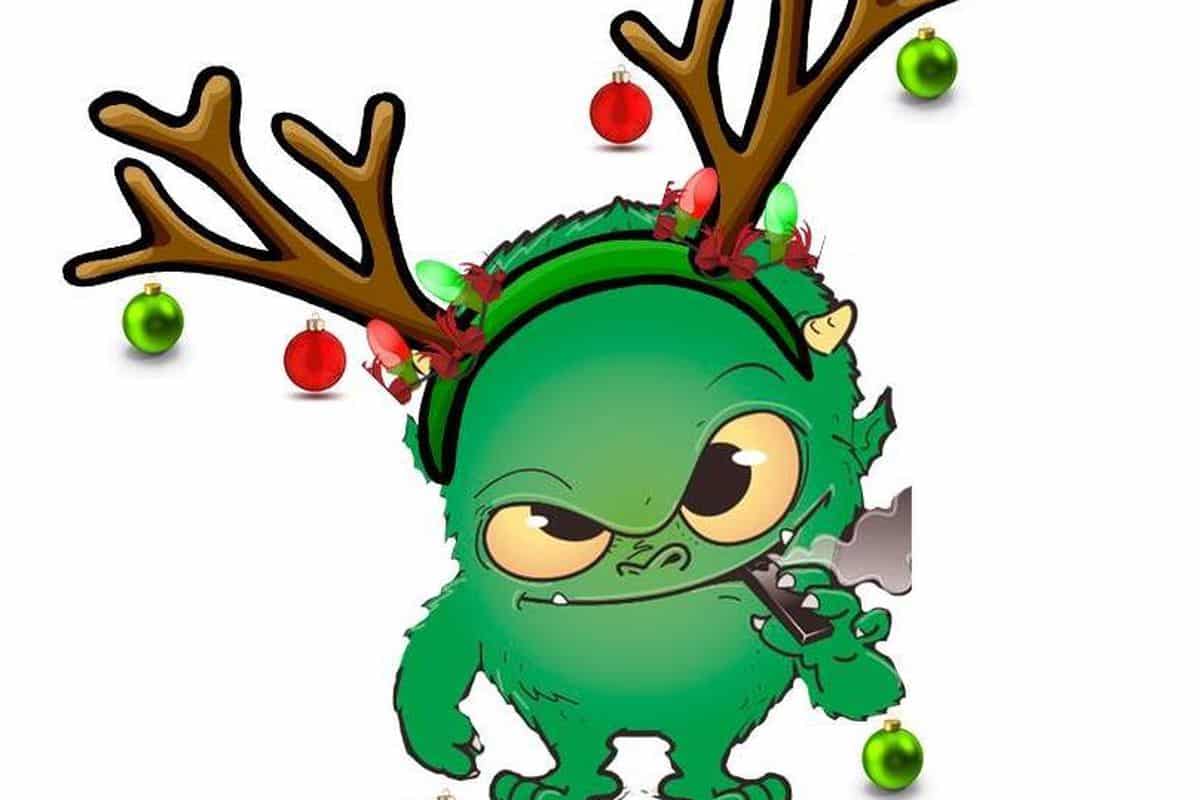 Why is Juul Suing Over This Cartoon Monster?

Juul Labs, maker of the world’s most popular e-cigarette, is suing four more companies for trademark infringement. The suit alleges that four New Jersey-based companies – one of them called Juul Monster – infringed on Juul’s trademarks. One aspect of the lawsuit revolves around the company’s use of a cartoon logo known as the Juul 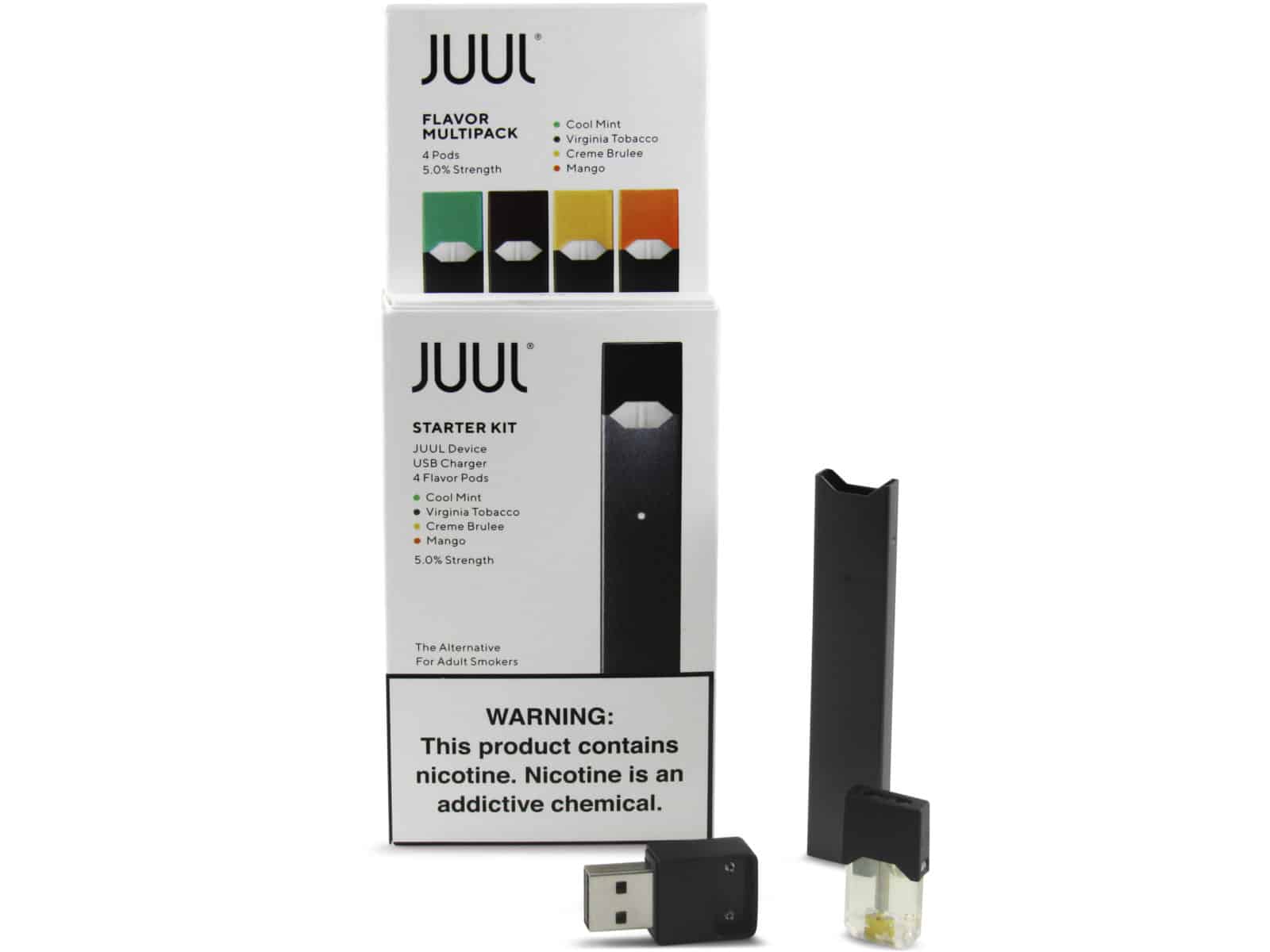 Juul released limited results from their first-ever clinical trial on Saturday. The company, which has gained a reputation for aggressively marketing their pod-based e-cigarettes to teens, claims that the results show that using a Juul is much safer than using cigarettes. The company presented a summary poster of the results of the clinical trial to 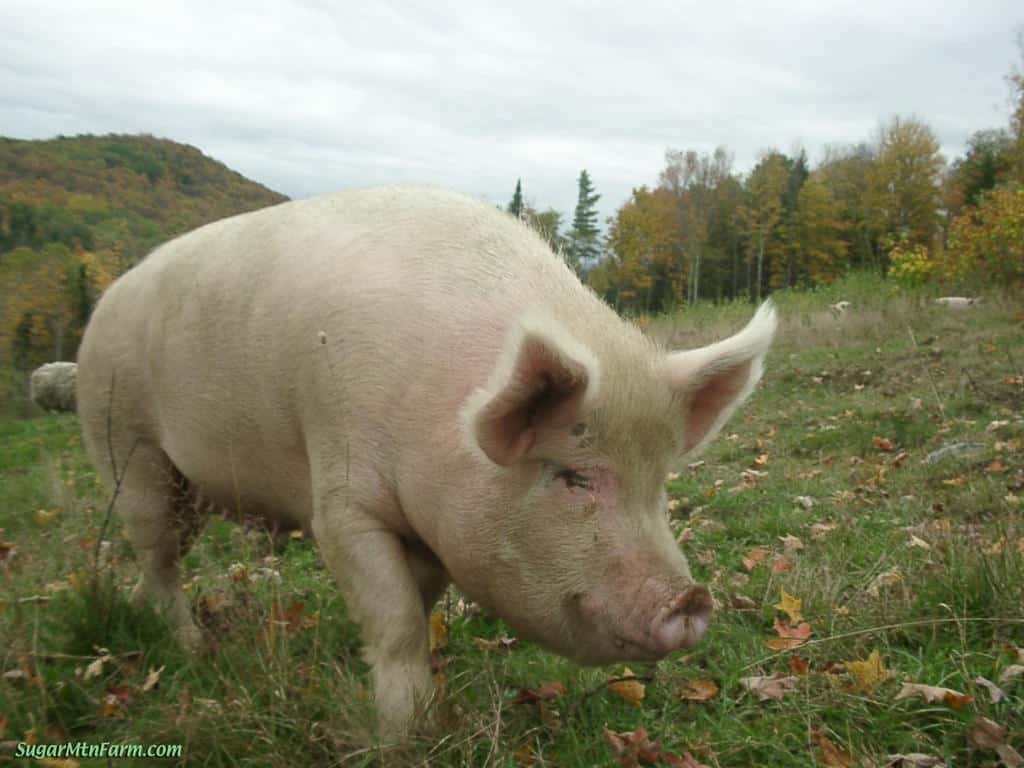 Video: What Does Pork From Marijuana-Fed Pigs Taste Like?

On Season 1 Episode 21 of the food show Prime Time, hosts Ben and Brent visited Moto Perpetuo farm and feasted on pork from weed-fed pigs. Gives a whole new meaning to “pot roast”?. According to the chefs, the pork doesn’t have any cannabis flavor to it, but instead it tastes like the animal is 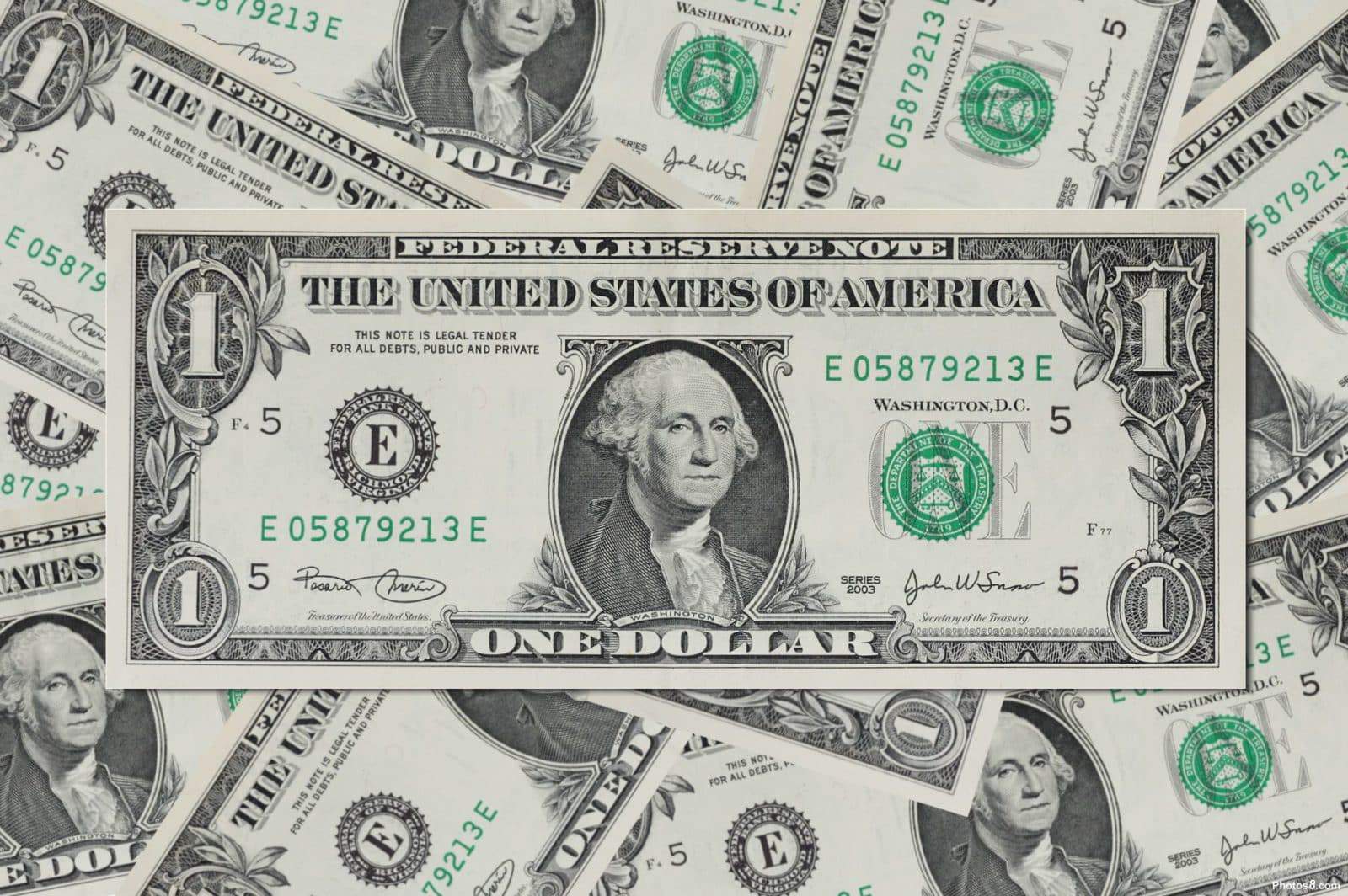 Juul saw a decline in sales during the last quarter after removing flavored pods from US retail stores, but that is expected to be nothing more than a minor setback. Juul is forecasting $3.4 billion in annual revenue for 2019. This eye-popping number is almost triple what the company earned last year, according to a 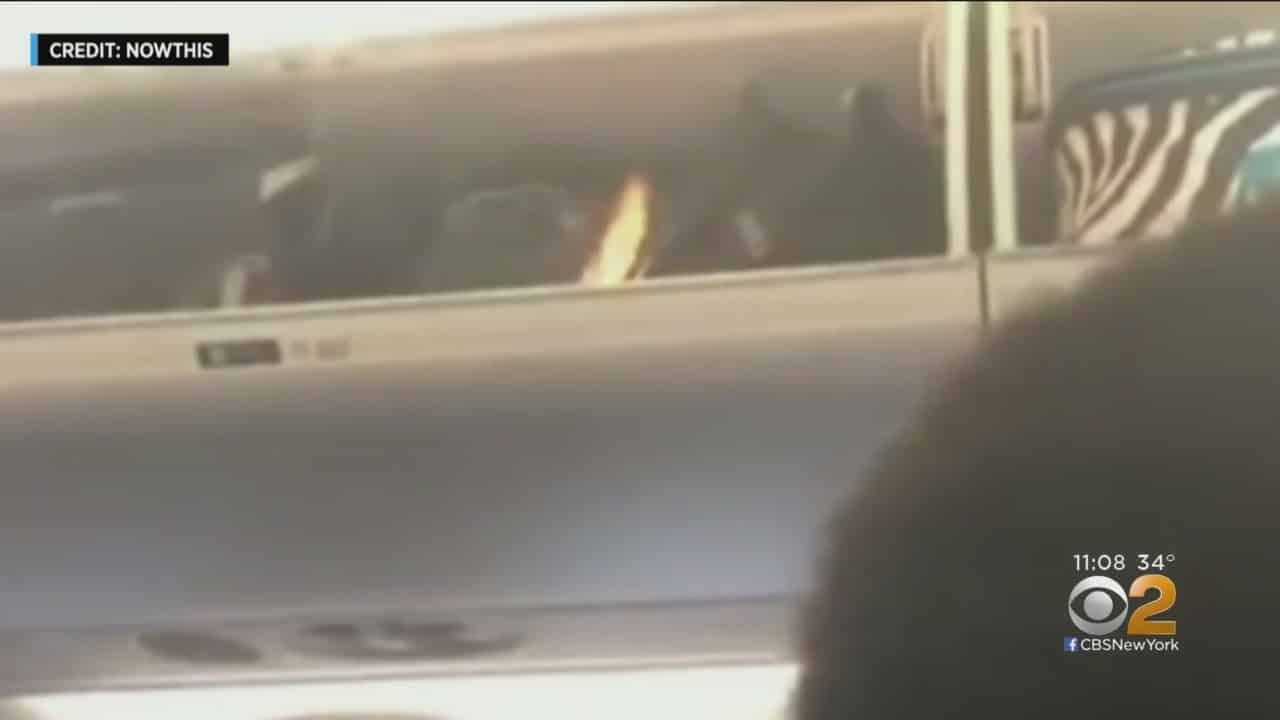 An overheated vape battery caused a small fire in an overhead luggage bin, delaying a flight from New York’s LaGuardia to Houston. The incident occurred on Wednesday during the boarding of a SkyWest flight that was operating as a Delta connection. A terrifying video shows flight attendants using a fire extinguisher to put out the 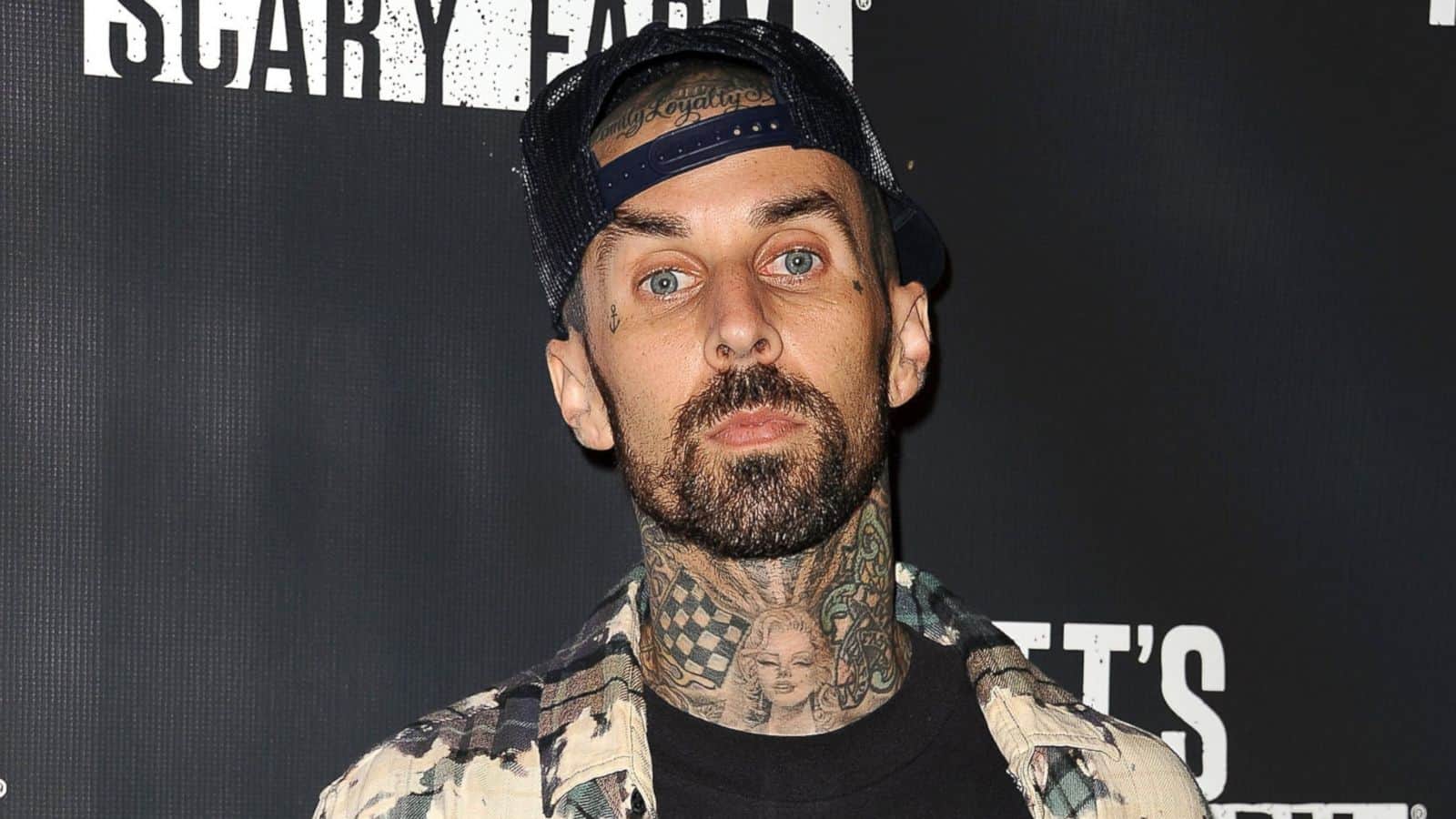 In a recent appearance on the Joe Rogan Experience, Blink 182 drummer Travis Barker talked about his love for CBD. After a discussion about how he used to tape weed to his nuts during international tours, the popular drummer talked about how he stopped smoking weed after a possible cancer scare. According to Barker, CBD 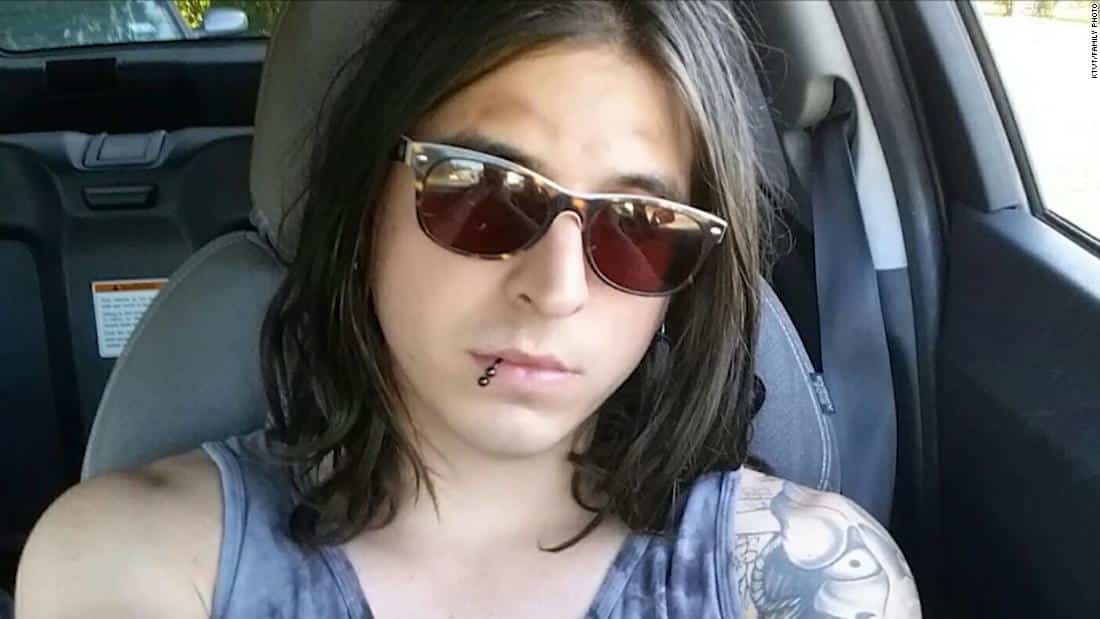 A 24-year-old man died last week in Texas when a vape pen exploded, cutting through his carotid artery and covering his grandmother’s car with blood. William Brown died after his left carotid artery was severed due to trauma from the explosion. He had just purchased the e-cigarette from Smoke and Vape DZ, a B&M vape 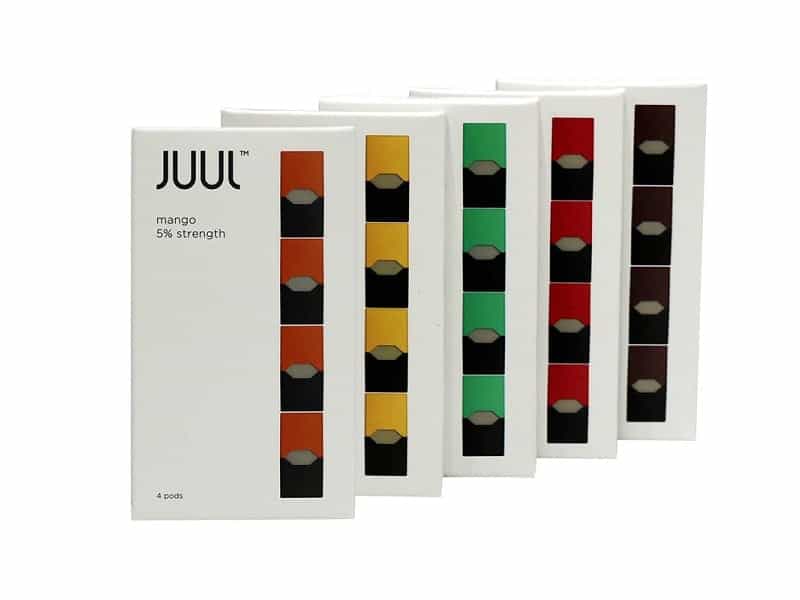 Juul just can’t seem to stop fucking up?‍♂️. In the latest in a long line of scandals and PR mishaps, it seems like a recruiter for Juul Labs is reaching out to potential employees for an executive role in a “health tech startup”. When potential employees responded to the offer, they learned that the “health 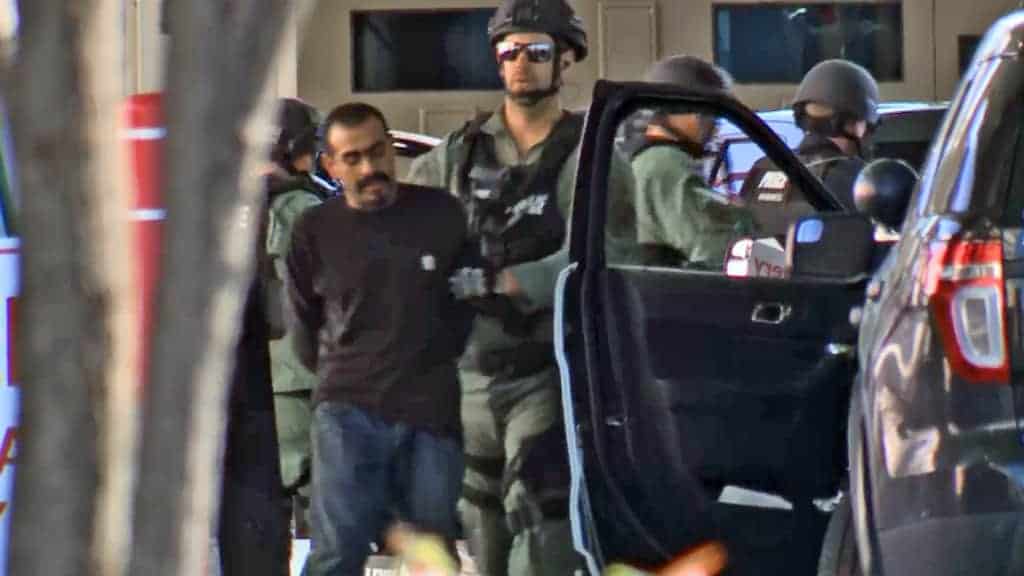 Police Use Robot to Deliver Vape Pen to Suspect, Ending a Standoff

We’re definitely living in the future. Police in Novato, California ended a six-hour standoff by delivering a vape pen to the suspect using a robot. What? The incident started when 40-year-old Juan Roman became angry over problems with the gas pump at a convenience store. He then walked in and splashed gasoline all over the 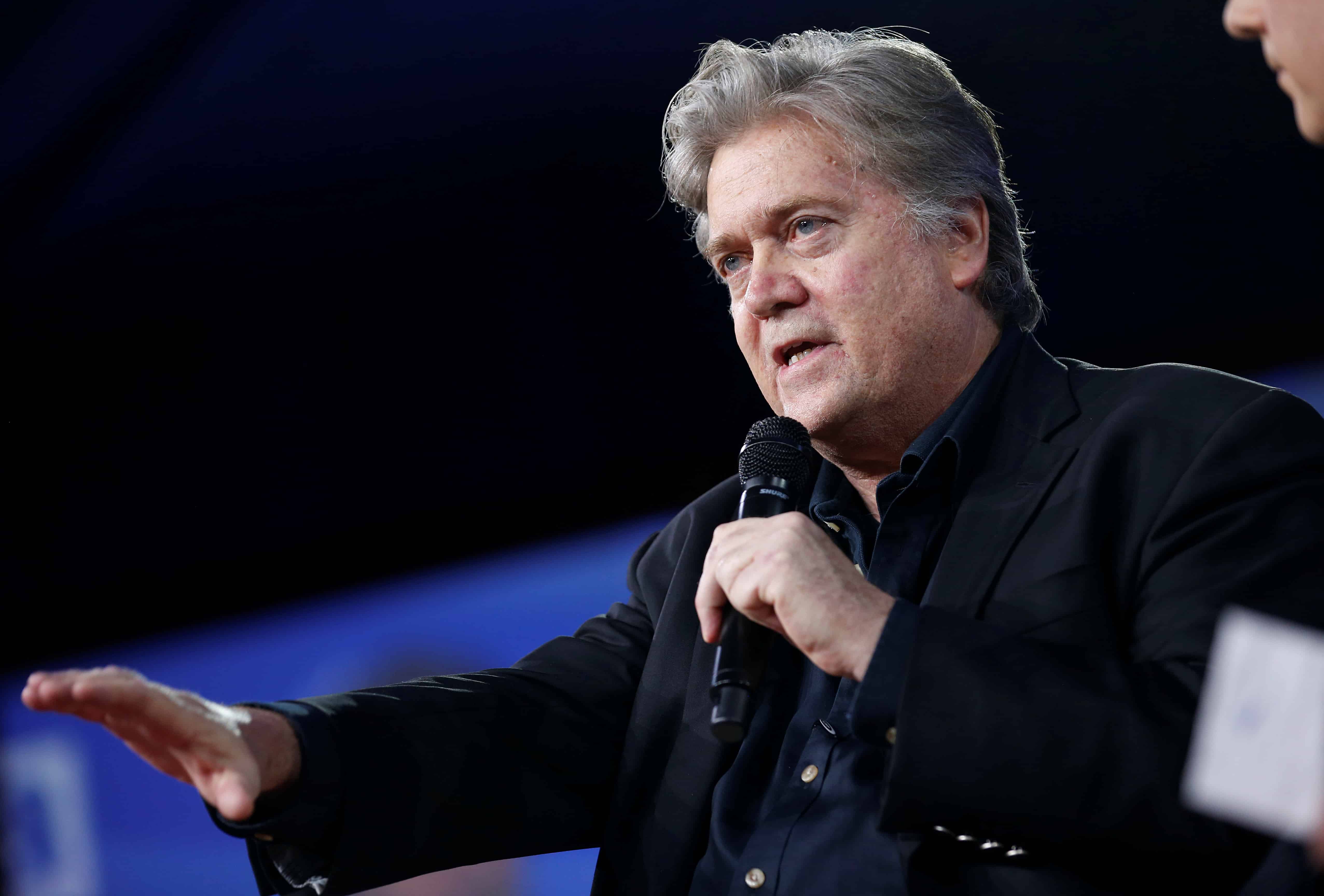 Former White House chief strategist Steve Bannon almost ended up with a job hawking Juul e-cigarettes, according to a report from The Daily Beast. Juul, which has been the target of intense media criticism and raids by the FDA, is the world’s largest seller of e-cigarettes. Since Juul Labs launched its namesake product in 2015,

https://www.youtube.com/watch?time_continue=1&v=pg4ojRg4rNw https://youtu.be/Iq5ZXhT8bIA https://youtu.be/fc0e9rsml_c Juul Labs has had a rough 2018. After skyrocketing to the top of the e-cigarette market, the company has undergone intense criticism from the media and the FDA about their previous marketing practices, which many people believe were targeted to underage vapers. Within the past few months, the company has been completely 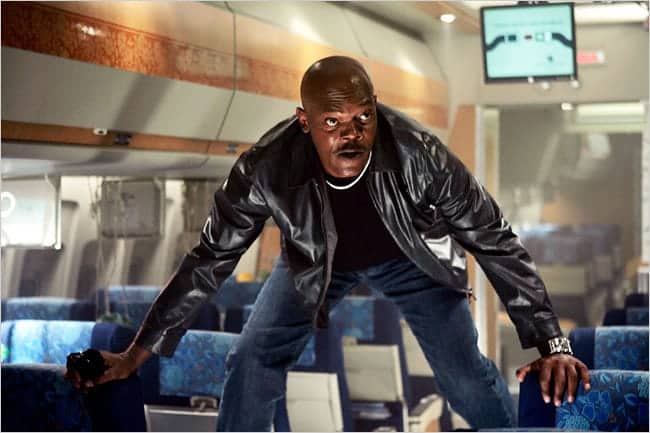 An e-cig overheated and caused a small fire on an American Airlines flight from Las Vegas to Chicago on Friday. American Airlines spokeswoman Leslie Scott says the e-cigarette’s battery overheated shortly after Flight 168 landed Friday night. Scott says flight attendants stamped out the fire. None of the 138 passengers or six crewmembers were injured 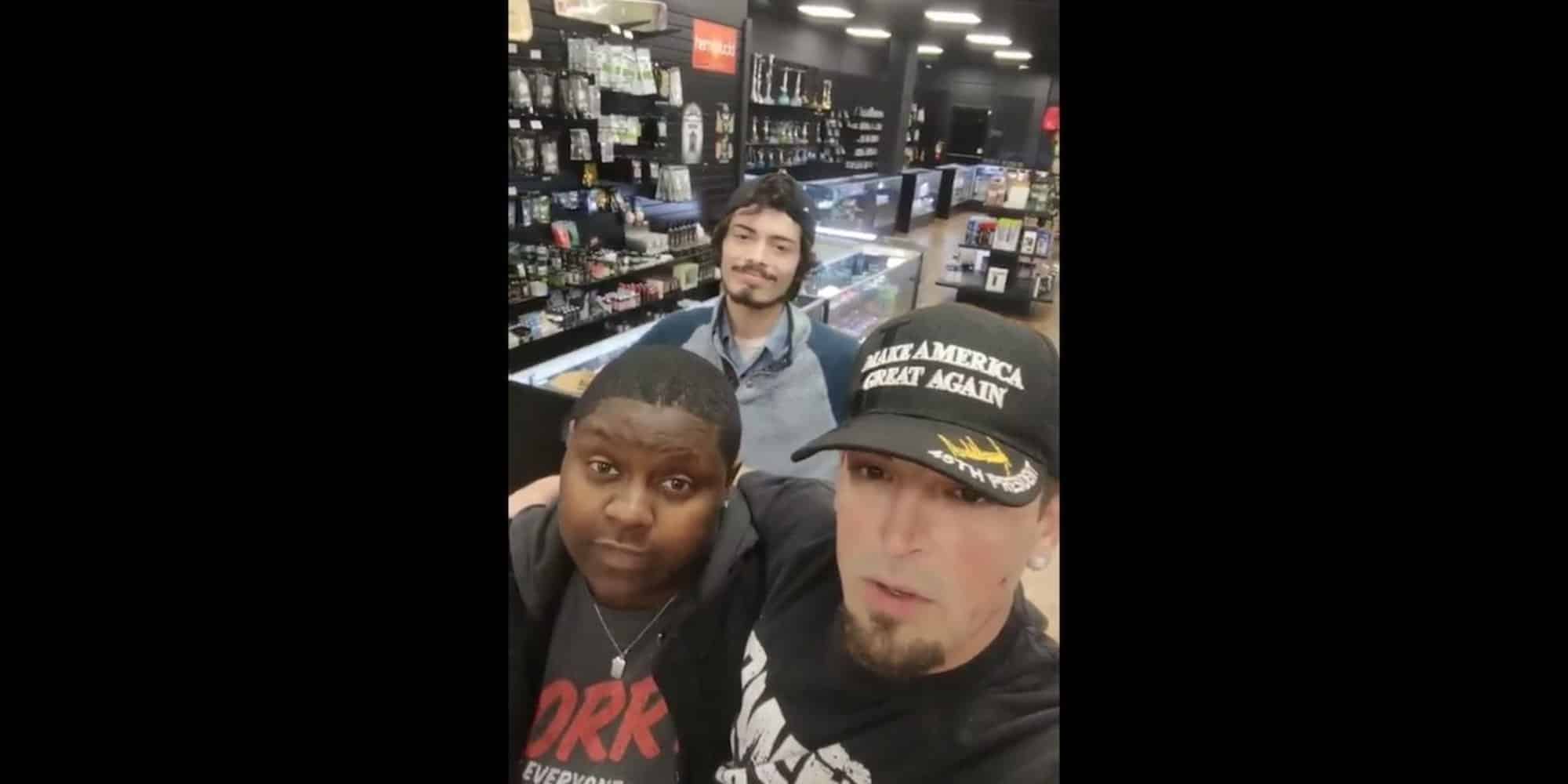 Ian Ferguson was the victim of an anti-Trump tirade from an employee at an Xhale City in Tucker, GA last week The employee was immediately fired once he was identified After the video went viral, many customers decided to boycott the store and give it negative reviews online Ferguson returned to the store to film 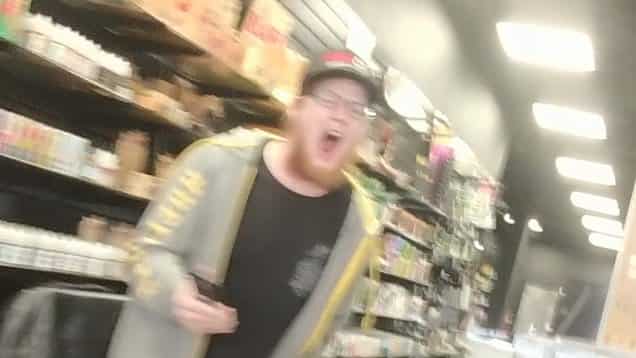 In a new viral video, a vape shop employee who appears to suffer from a severe undiagnosed mental illness is seen screaming at and physically hitting a customer who is wearing a Trump t-shirt. The video begins calmly enough. A man is seen filming himself and says “Here we are at Xhale Vapor in Tucker, 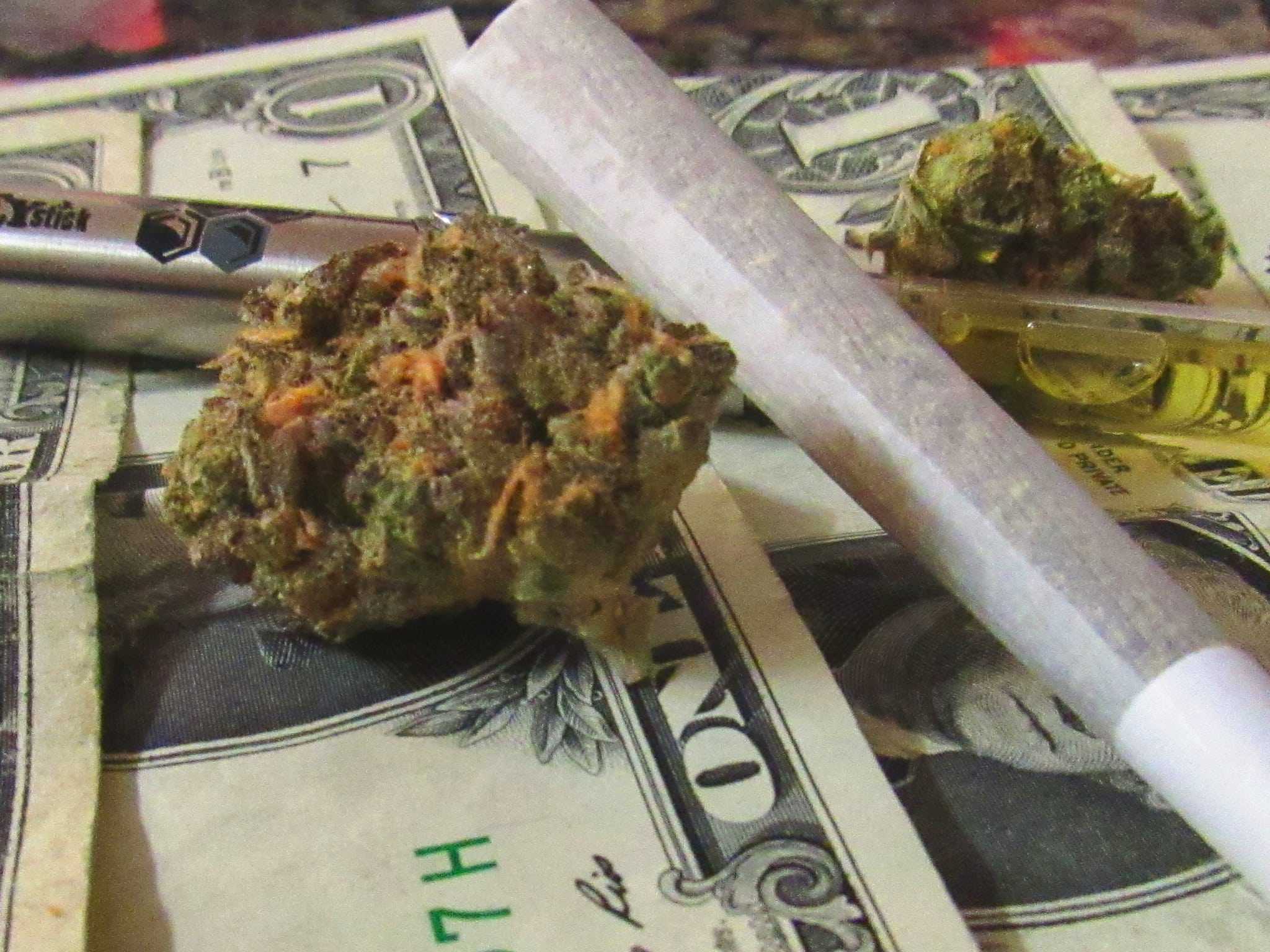 Congress Just Passed a Bill That Will Legalize CBD at the Federal Level: How Will it Affect You? 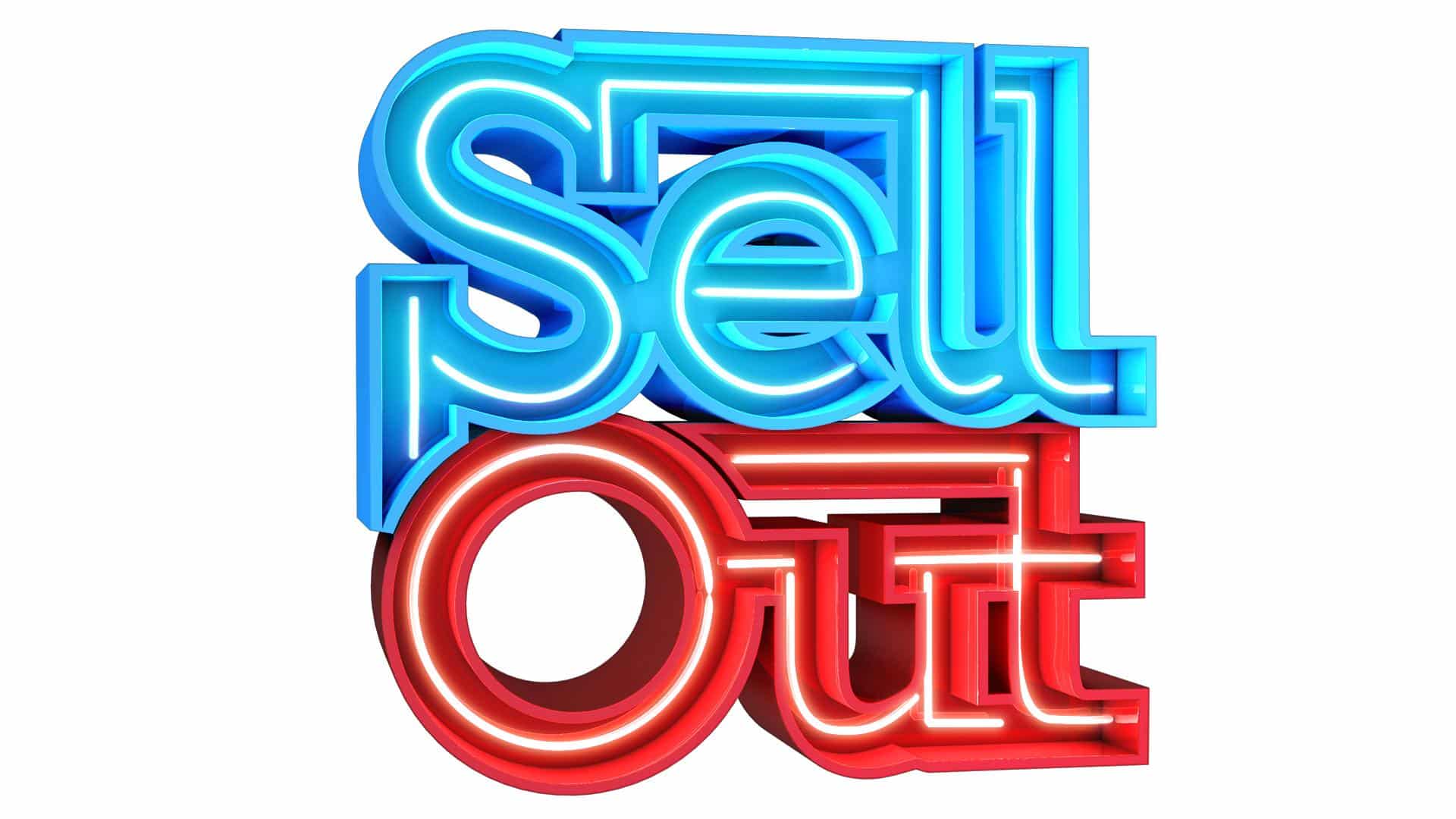 Juul May Soon Be Partially Owned by This Big Tobacco Company

Altria is in talks with Juul Labs to acquire a minority stake in the e-cigarette company Altria’s stock has declined 20% over the past year, but increased 2% following the announcement Juul Labs has been the subject of an FDA investigation and media controversy over their marketing campaigns, which may have been targeted to minors 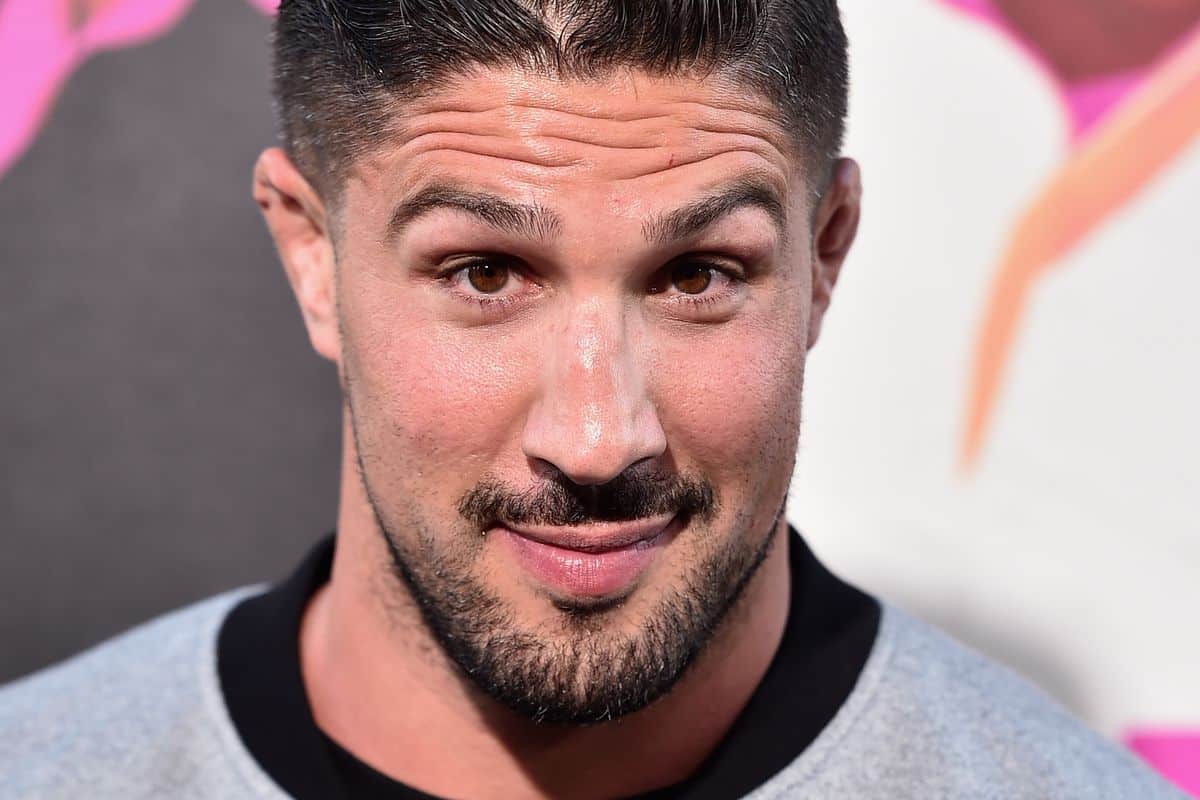 In episode 410 of the The Fighter and the Kid podcast, Brendan Schaub and Bryan Callen discussed Juul Labs latest decision to pull flavors from convenience stores. Brendan Schaub apparently isn’t the biggest fan of Juul or vaping in general. He had the following to say about Juul Labs’ decision: Kids are getting addicted to

Netflix Will Film a Documentary at Upcoming Vape and CBD Convention

The VapExpo convention will be held in Las Vegas November 9th-10th A production company will be filming on behalf of Netflix for a documentary series The convention will be combined with the CBD.io expo in an “epic collaboration between two industries” All of the largest companies in the industry will be in attendance, including Blu 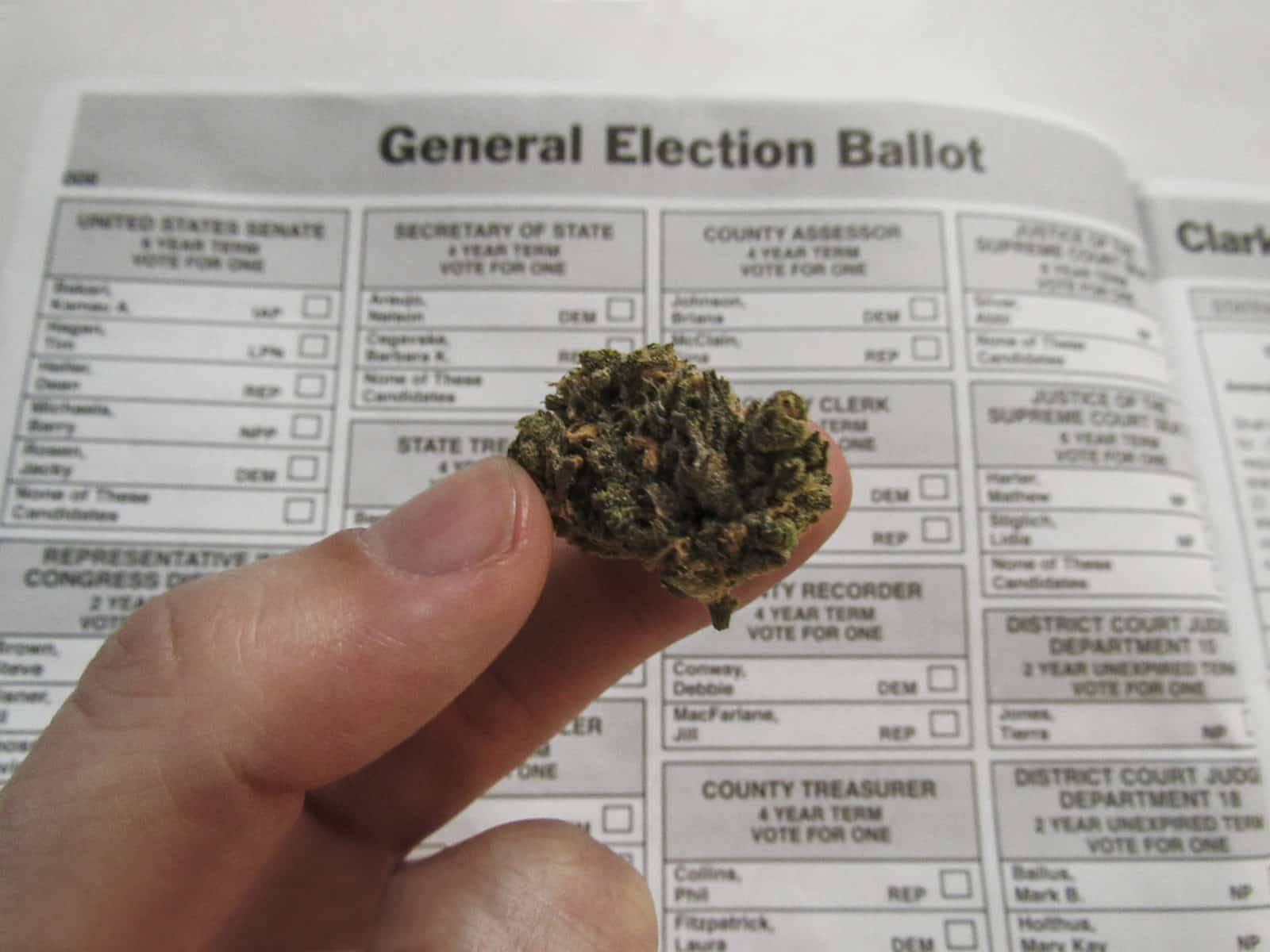 These 4 States are Voting to Legalize Weed on Election Day. Here’s What the Polls Say.

There are millions of voters in four different states who are going to decide whether to legalize marijuana or expand access to legal marijuana on this upcoming election day. By the time the polls close on Tuesday night, two more states could potentially have passed fully legal recreational marijuana. This means that voters in those

Video: Brendan Schaub Announces That His Son is Seizure-Free After Using CBD Oil 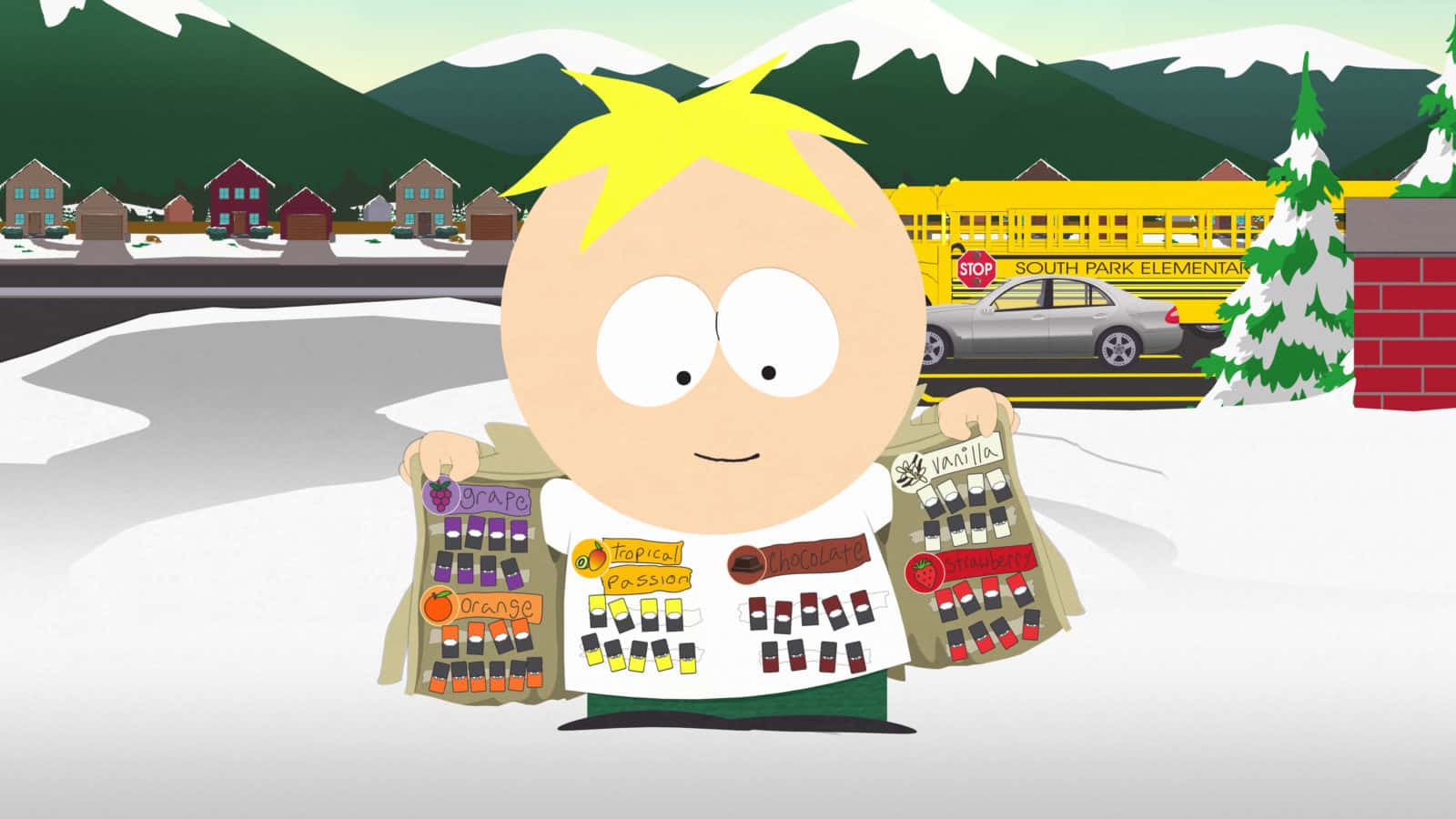 October Vape News Roundup: What You May Have Missed Last Month

October 2018 was a crazy month in the world of vaping. The month started off pretty crazy when the FDA raided Juul’s HQ. A company began offering erectile dysfunction e-liquid, and regulators weren’t pleased. South Park came up with a ridiculous new nickname for vape pens. Altria tried to avoid Juul’s fate by pulling some

Juul Labs Cancels Payments to Vape Reviewers: Here’s the Email They Sent Us

Juul Labs is discontinuing affiliate payments to reviewers The company is currently being investigated by the FDA for their role in the “teen vaping epidemic“ Juul made the announcement via email to members of their affiliate program The move is viewed as a way for the company to regain control over their image Juul Labs, 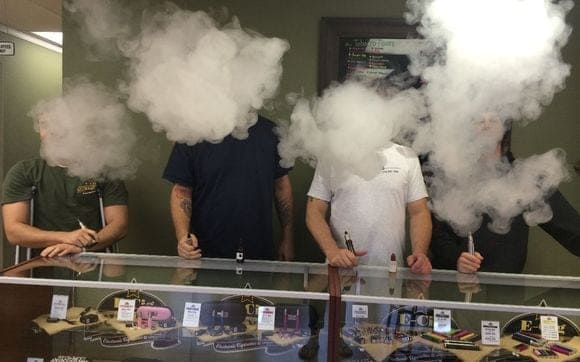 How to Open a Motion-Sensor Door with Vape Clouds

A new YouTube video shows how you can open a motion-sensor door with e-cigarette vapor Simply blow the vapor onto the sensor and the door will open up This could set off your smoke detector, so don’t try this at home It’s a common problem. You have a motion-sensor door that you’re trying to get 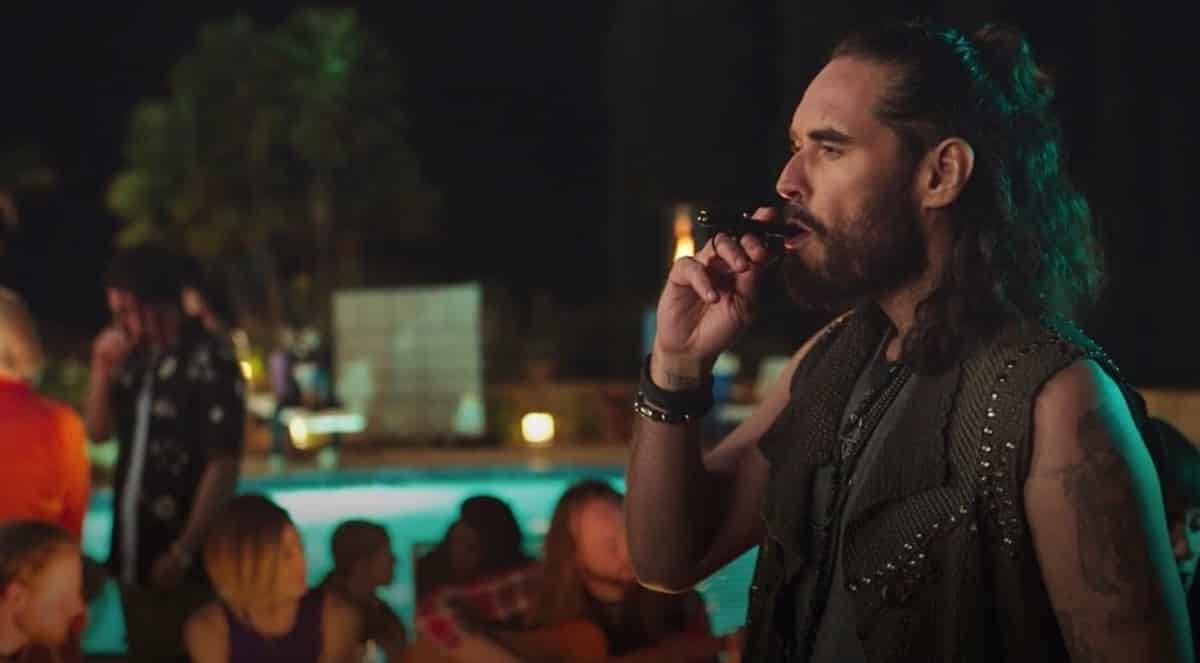 Vape manufacturer Double Barrel is releasing a $100,000 version of their popular weed vaporizer The Double Barrel was featured in HBO’s Ballers, starring Dwayne “The Rock” Johnson and Russell Brand The vaporizer is made from white gold and is encrusted with diamonds The original non-diamond version retails at California dispensaries for $100 The vape that is made 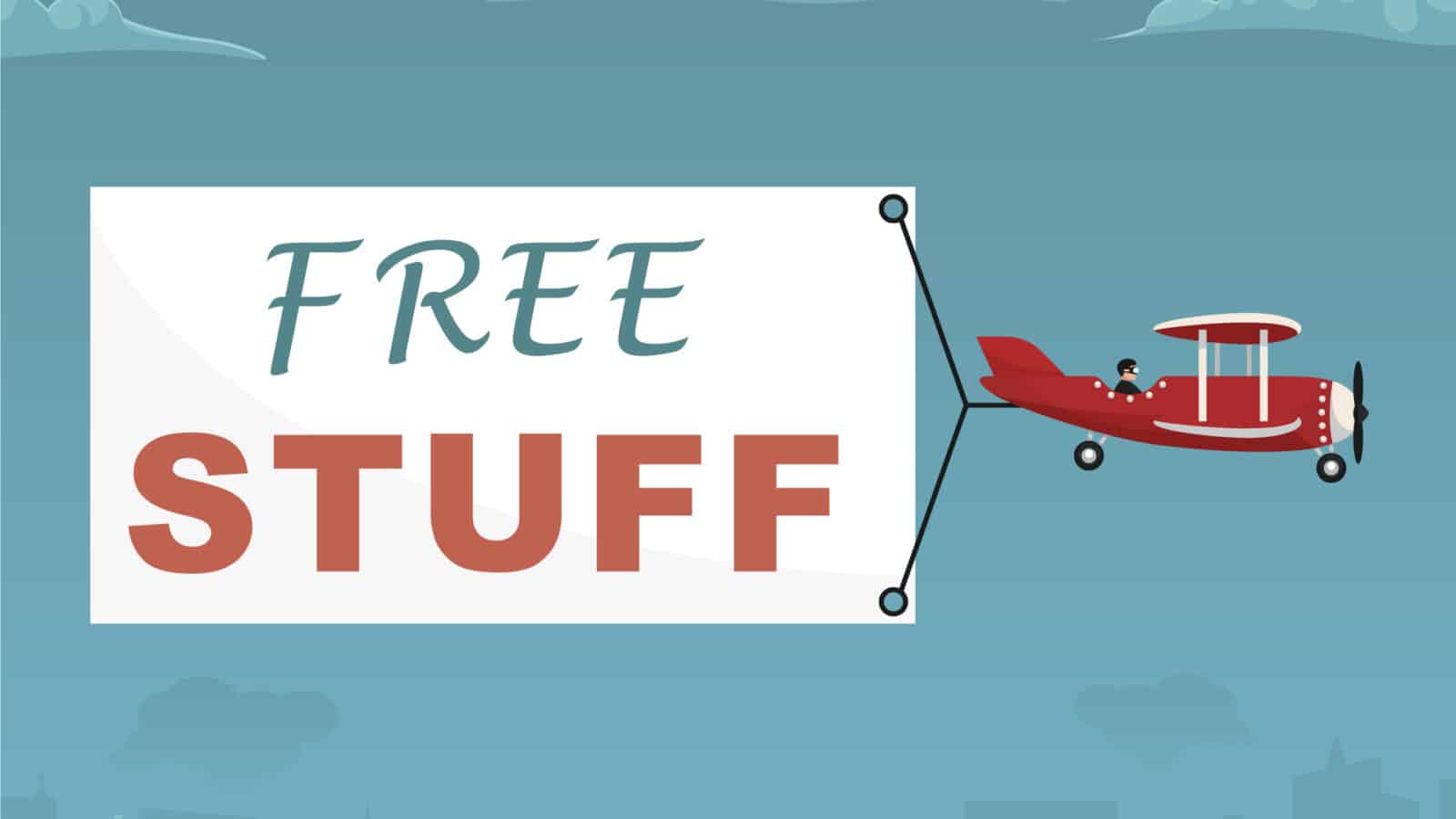 What you can win Vape Box and BLVK Unicorn have teamed up to offer this exciting new giveaway that they wanted me to share with you here on Vapor Vanity. (1) Grand prize winner will win a 43″ 4k Smart TV with Roku by TCL. (2) Second and third place winners will each win a

Altria Stops Selling Some E-Cig Brands That Appeal to Kids

Altria has been under pressure from the FDA and the general public in reaction to the so-called “teen vaping epidemic“. In response to the growing criticism, the tobacco giant has agreed to pull some of their most popular e-cigarette brands from the market because they appeal to kids. What did Altria announce? The company announced