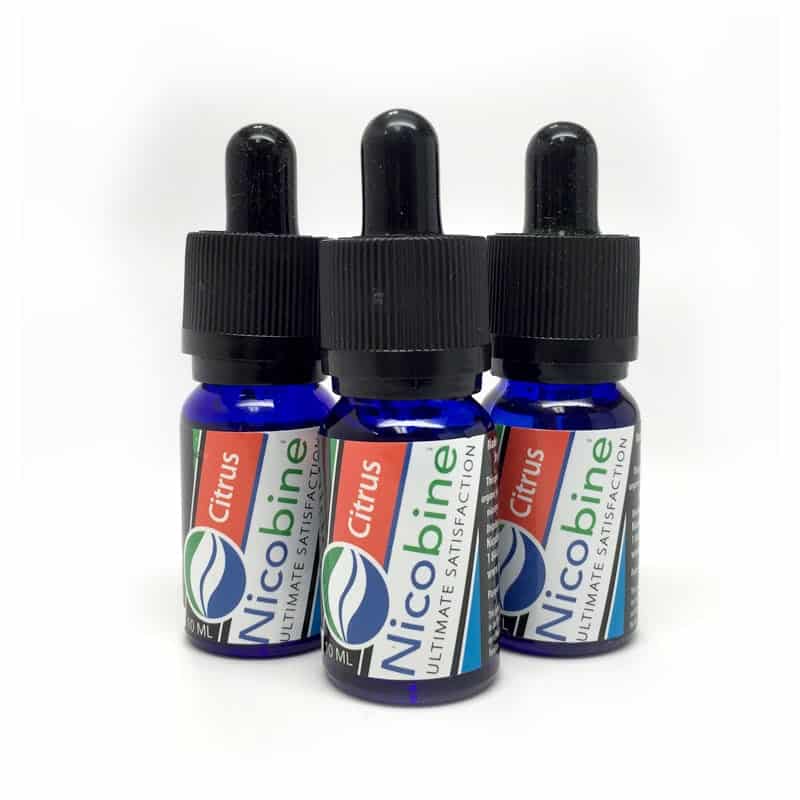 While at the Vape Summit in Las Vegas earlier this month, we met a lot of amazing different juice vendors but none of them made as much of an impression on us as the folks at Nicobine.

Before I go on to review the juice, I just want to say a few things about the professionalism of the people who run this company. While most e-juice vendors showed up to the summit in cargo shorts and flat brimmed ball caps, these guys were there with blazers, collared shirts and dress pants. It was immediately obvious that these guys were a serious company run by serious people. Plus they brought a Ferrari because, in the words of the guy we talked to, why not?

It’s immediately obvious when looking at the Nicobine juice bottles, marketing materials, or website that this company is different from other juice vendors. There are no “kiddy flavors”, the advertising looks like something that would be made by a pharmaceutical company, and the packaging appears bland and doesn’t stand out compared to other juice bottles. Additionally, each bottle has a lot number, bar code, ingredients and contact information for the company.

This was all completely intentional. It’s no secret that we’re currently in the wild west times of vaping, where e-juice companies have free reign to advertise however they want and to create whatever flavors they want with no consequences. But Nicobine is deliberately creating their products so that they will survive whenever the inevitable regulations are passed. So no kiddy flavors, no bright colors. Just awesome juice, all made in an FDA registered Organic certified manufacturing facility. 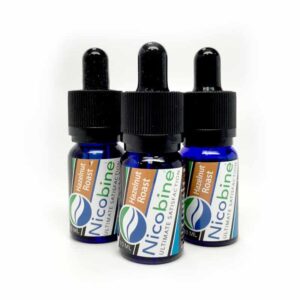 The first flavor I tried was Hazelnut Roast. This excellent flavor is a perfect combination of hazelnut, coconut and coffee. I also noticed a smooth french vanilla aftertaste, with a little bit of tobacco. 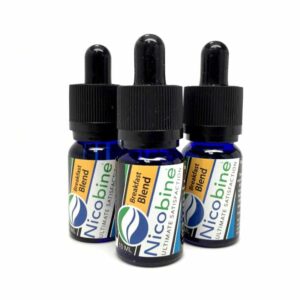 While most companies have some sort of cereal flavor, generally something sweet like fruit loops, Nicobine really beats the competition with the Breakfast Blend. The taste reminds of me eating a piece of toast, with yogurt and mixed fruit on the side. I highly recommend this flavor if you like unique breakfast flavors. 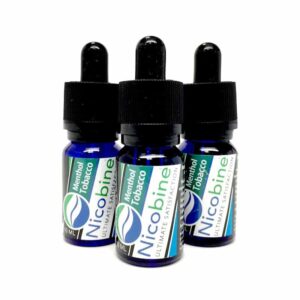 This flavor is self explanatory. Tastes like tobacco combined with a minty menthol. This flavor is extremely refreshing and is sure to be popular amongst fans of mint and tobacco flavors. 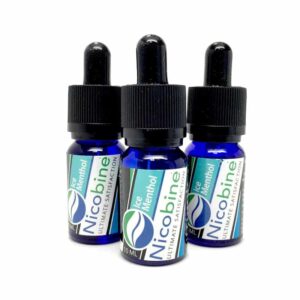 Similar to the menthol tobacco, but with more emphasis on the menthol. As the name suggests, this is a very cool tasting and smooth vapor. 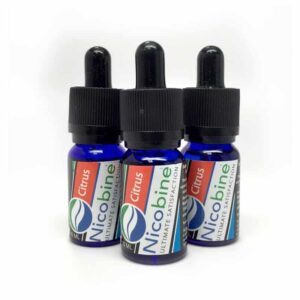 As a big fan of fruity flavors, this one is easily one of my favorites amongst the Nicobine line of e-juices. The combination of orange, lime, and tangerine sounds weird but tastes amazing. 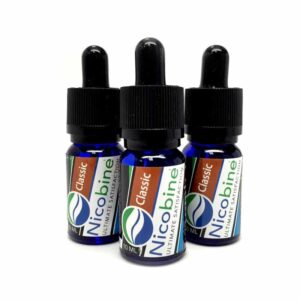 This is a delicious blend of different tobacco flavors. If you’re a fan of no-nonsense flavors this one is for you. No fruitiness, no cereal flavors, no custard. Just pure tobacco awesomeness.

All Nicobine juices come in 100% VG. They are bottled in 10ml glass bottles with child resistant caps. The flavors we sampled had a nicotine level of 3mg, but they are available in zero, 3mg, 6mg, 12mg, and 18mg configurations. We sampled them using a Lone Wulf Mechanical Mod and RDA.

Buy all flavors at nicobine.com for $8.99 per bottle.