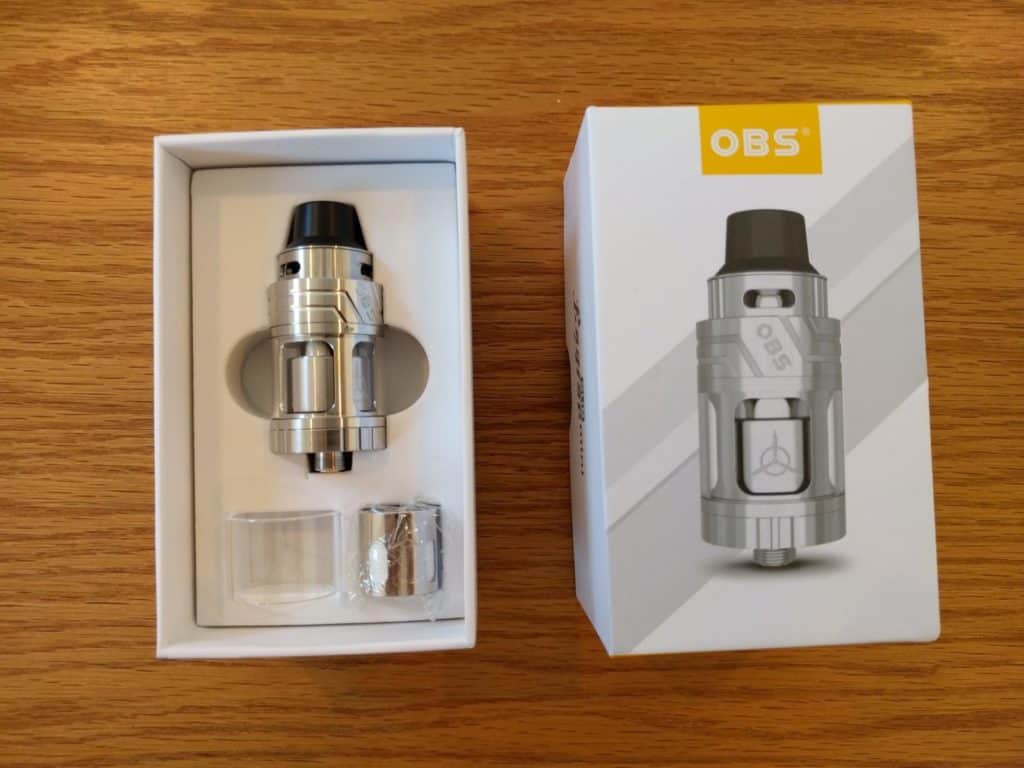 OBS is definitely not one of the biggest and most well-known brands, like Kangertech or Pioneer4You. They’re a much smaller company and I wasn’t too familiar with their product lineup before I decided to try out the Engine and Engine Mini Sub Tanks. Trying out a product from a company that I’m not familiar with is always interesting, since I can come at it without and preconceived notions about the quality (or lack thereof) of the brand, and I can judge it based on it’s own merits.

So let’s take a look at the Engine Sub (and its little brother the Engine Sub Mini) and see how it compares to the abundance of subtanks on the market today. 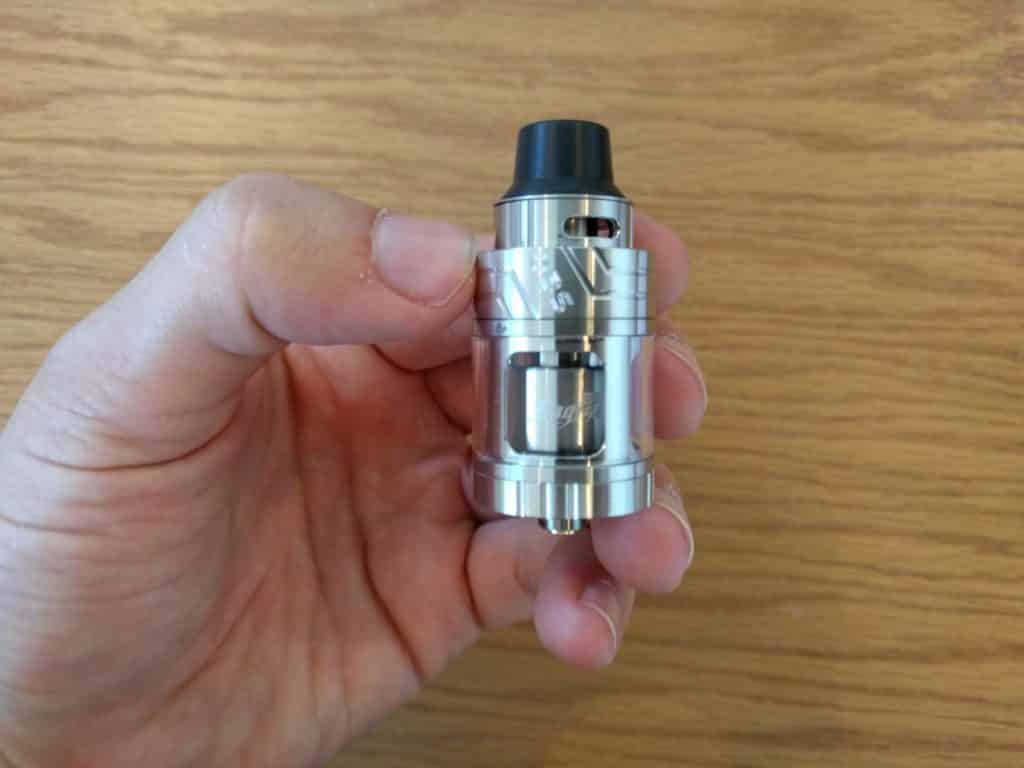 The Engine Sub has a really striking appearance. All of that stainless steel and glass gives off the impression of a powerful, robust high-end tank. Just looking at that massive coil through the glass viewing port is enough to let you know that you’re in for a hell of a vaping experience before you even fill up the tank.  The full-sized Engine Sub might be a little bit too large for the smaller box mods (like the Serpent Wotofo 50W), but would be ideal for your larger mods (like the the iJoy Quad). If you want something that has the exact same quality, appearance, and performance specifications but won’t look too weird on a tinier box mod, go with the Engine Sub Mini. There is literally no difference between the two other than the size.

Ok, so this is where the Engine Sub really shines. Just by looking at the massive e-juice and airflow ports, you know that you’re in for a robust cloud-chasing experience.

This is a top-fill tank. To fill it up just lift up the tip to expose the e-juice filling ports and fill ‘er up. As previously mentioned, this tank has a 5.3ml capacity, so once you fill it up you won’t have to worry about running out of juice for a long ass time.

You’ll receive two 0.2ohm organic cotton coils in the package with the tank. To access the coil, you’ll have to unscrew the bottom of the tank. OBS recommends that you use a wattage range of 40-100 watts with these coils. I didn’t do an extensive test of the true wattage range, but I was still able to get great flavor and vapor production when going even higher than 100 watts, so it’s safe to say that these coils will accommodate the vast majority of vapers.

One good thing about the OBS Engine Sub Tank is that taking everything apart to clean is extremely easy. Nothing really gets stuck together, and all of the threading is really smooth. Sometimes I get irritated by some of these Chinese tanks that get all gunked up after I vape with them for a while, but I didn’t experience anything of the sort with the Engine Sub.

With the addition of the Engine Sub and Engine Sub Mini tanks, OBS has proven that they’re ready to compete with the big boys in the highly competitive vaping market. If they can continue to pump out quality products like this, than I think we can expect to see them as one of the most popular vaping companies in the world in a few years time.

I highly recommend both of these tanks for both cloud-chasers and flavor-chasers.