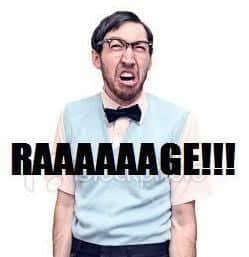 Here’s another government funded anti-vaping ad from – you guessed it – California.

Despite all of the evidence showing that vaping hasn’t led to an increase in the smoking rate, the state of California is still using government funds convince people otherwise, as seen in this dangerous anti-vaping propaganda. It’s truly disturbing to see that the government is so invested in protecting their precious tobacco tax revenue as well as the revenue from the Tobacco Master Settlement Agreement, in which tobacco companies pay money to the states partially based on how many cigarettes they sell.

Apparently the lives of the people who will die because of this misinformation are less important to California than all of that sweet cash money.

While this ad might be reaching tons of people on TV, it’s good to note that on the Internet it appears to have been viewed only by fellow vape nerds who want to feed their nerd rage by furiously typing angry comments on YouTube.