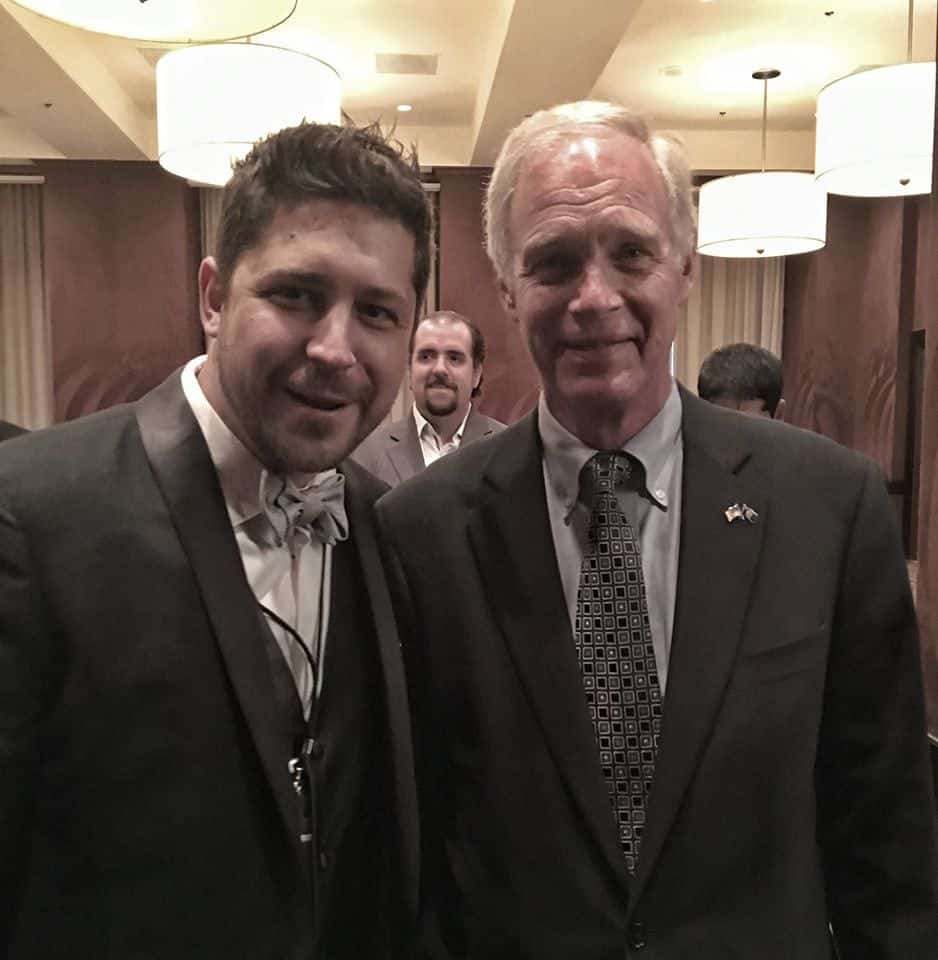 Senator Ron Johnson might not be the most famous pro-vaping member of congress (that title belongs, rightfully so, to Rep. Duncan Hunter), but he is easily one of the most prolific and outspoken opponents of the new FDA regulations. He deserves much more recognition from the vaping community.

On May 18th, a few months before the regulations took effect, he wrote a strongly worded letter to FDA commissioner Robert Califf.

“Unfortunately, the FDA’s attempt to improve the public’s health by scrutinizing the e-cigarette industry could ultimately result in negative unintended health consequences,” Johnson wrote in the letter. “The costly impact the rule will have on e-cigarette manufacturers will stifle innovation and make it harder for e-cigarette companies to continue to offer products that serve as an alternative to smoking. It is possible that without a cost-effective alternative, some consumers will resort to traditional cigarettes.”

On June 6th, after not receiving a response from the FDA, he sent a follow-up letter:

“To date, you have not responded to my letter.  Therefore, I write again to reiterate my request for information about FDA’s regulation and its potential consequences.

I requested that the FDA provide data on the number of e-cigarette businesses that will be affected by the rule.  I also asked the FDA whether it would issue a revised rule if sufficient data demonstrate that e-cigarettes are a safer alternative to traditional cigarettes.  Further, I questioned the FDA about the potential unintended consequences of its rule that may result in decreased access to e-cigarettes and increased consumption of traditional cigarettes.

Since I sent my initial letter to you, I have heard from many small-business owners who manufacture or sell e-cigarette products.  These job creators have contacted my office expressing their grave concerns about the FDA’s regulatory overreach.  They fear that the FDA’s e-cigarette rule will force them out of business by requiring them to complete costly and time-consuming premarket applications for each e-cigarette product.  In addition, a large number of individuals have contacted my office to tell their stories about how they use or have used e-cigarettes to quit smoking.  They do not want the FDA to make access to e-cigarettes more difficult for them—or others like them—as they fight to kick an addiction to smoking.

As chairman of the primary oversight Committee of the United States Senate, I urge the FDA to be transparent and accountable in its regulatory actions.  I ask that you please respond to my requests for information so that the Committee and the American public may fully understand the FDA’s rulemaking and its consequences for small businesses and the public’s health.”

His frustration with the lack of response from Califf was apparent:

Please provide this information and material as soon as possible but no later than 5:00 p.m. on June 20, 2016.  If the FDA does not provide an adequate response to these inquiries, the Committee may be forced to resort to other means to compel the production of this information.

After finally receiving a lackluster response, he sent a third letter:

The FDA’s acknowledgement that it has, at best, incomplete information raises questions about the adequacy of the FDA’s justification for the rule.  Further, many job creators in the e-cigarette industry fear that they will be forced to shut down if the rule is implemented.  Without a concrete understanding of the rule’s effect on a growing industry, the FDA’s decision to implement this regulation could lead to the elimination of thousands of jobs and businesses.

Additionally, I asked whether the FDA would issue a revised rule if sufficient data demonstrates that e-cigarettes are a safer alternative to traditional cigarettes.    The FDA did not answer this question.  Instead, the FDA gave an ambiguous answer, reasoning that the FDA must regulate in order to obtain more information about e-cigarettes.  The FDA stated:

The rule is the beginning of the process of the regulation of e-cigarettes, and the other products covered in the final rule.  That regulatory framework will evolve over time as we learn more about the products.  Now that FDA will finally have regulatory authority over these previously unregulated products, the Agency can expand its knowledge base regarding these products.

The FDA’s statement is concerning.  Rather than conduct research to better understand the effects of the product prior to regulating, the FDA chose to issue a rule without a proper understanding of the product itself.  Because federal regulatory agencies seldom shrink their own jurisdiction, the FDA’s action could result in a far-reaching regulation that fails to consider the regulatory impact on small businesses selling e-cigarettes, product innovation, and the public’s health.

I also questioned the FDA about the potential unintended consequences of its rule that may result in decreased access to e-cigarettes and increased consumption of traditional cigarettes.   The FDA responded by citing to a scientific paper that concluded that the decline in adolescent smoking rates slowed in states that enacted restrictions on access to e-cigarette products.  However, the FDA also cited “several limitations” with the study.   The FDA states that it “acknowledges this paper as a first attempt to study the potential impacts of youth [e-cigarette] access restrictions, but more research will be necessary to explore the potential effects of this rule on product switching or dual usage.”

In addition to asking the FDA to respond to several questions, I also requested documents and communications referring or relating to the FDA’s regulation of the e-cigarette industry.  On July 8, 2016 the FDA provided the Committee with an initial document production that consisted of materials that were already publicly available.   Based on conversations between my staff and the FDA, I am willing to accommodate the FDA’s request to prioritize the production of certain material.  As discussed between our staffs, I ask that the FDA initially prioritize its production of documents and communications referring or relating to the FDA’s interactions with industry, advocacy groups, government entities, and other stakeholders as the FDA developed its regulation.

The American public deserves complete answers from the FDA about its rulemaking.  The information and material that I requested from the FDA will help to inform the Committee’s oversight responsibilities and address the public’s concerns about the e-cigarette regulation.  Therefore, I request that you please provide complete responses to my prior letters as soon as possible but no later than 5:00 p.m. on July 29, 2016.  Thank you for your attention to this matter.

As you can see, Johnson is the ally in congress that the vaping community desperately needs. Rather than accepting bullshit slogans and half-assed justifications, he is going after the FDA like a pitbull and demanding answers.

After attending the North American premier of A Billion Lives, he reiterated his pro-vaping stance:

“Today, costly and time-consuming regulations will go into effect against hard-working small business owners and job creators and their customers,” said Johnson. “The FDA threatens to crush the emerging e-cigarette industry, leading to negative unintended consequences for public health by making it harder for consumers to buy products that serve as an alternative to smoking.  I will continue to demand the FDA be transparent about the effect of this onerous regulation.  The American public deserves complete answers about the consequences of the FDA’s decisions.“

Be sure to email him and let him know that you support his efforts to protect the vaping industry and help save lives.