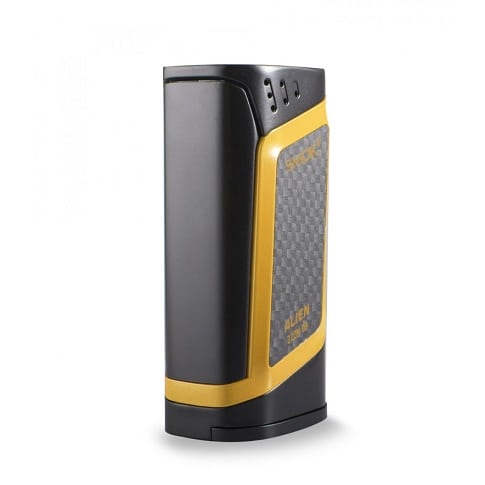 *FOR A LIMITED TIME, GET 15% OFF AND FREE SHIPPING ON THE SMOK ALIEN KIT AT MINTYVAPES.COM WITH DISCOUNT CODE “VAPE15″*

While the box mod market these days is flooded with tons of different choices, there is one that I keep seeing pop up time and time again in both online and real world discussions about vaping tech: the Smok Alien.

I have to admit that reviewing this one feels a little more exciting than some of the other reviews I’ve done. What is it that is driving the popularity of this mod? Is it just the cool name and the sleek form factor? Do the performance specs justify the hype? Let’s take a look and find out.

The box mod performance will meet the high quality that vapers expect from a modern, high-wattage box mod from a major manufacturer. The temperature control is super-accurate and seems to work flawlessy, meaning that I didn’t notice any mismatch between the displayed temperature and the warmth of the vapor. It’ll work for all of the common types of wire (nickel, stainless steel, and titanium). In my extensive testing I didn’t notice and firing delay, it fired as soon as I pressed the button every single time.

I’m not too certain if the 220w power capability is completely accurate, but it’s close enough. Once you get to these ridiculously high levels it’s all basically the same and most people who think it makes a difference are just posturing. It’s like when people think that they can hear the difference between a FLAC audio file and an MP3. They can’t really but it makes them feel good to be an elitist. No offense to any vaping elitists out there, I have my snooty moments that can rival the best of them!

The menu is displayed on an OLED screen and allows you to view all of the standard settings. Nothing too groundbreaking here but it’s easy to operate and gives you all the necessary stats. It’s not like I really want much more innovation on a display screen anyway. Just give me the basics so I know what the fuck is going on. That’s what the Alien does and I’m more than satisfied with it.

The included TFV8 Baby Beast tank is more than capable of handling the power of the mod. It has an e-liquid capacity of 3mL and comes with Turbo Engine coil heads that I found delivered really good performance and flavor. Overall it’s a solid tank that complements the Alien box mod perfectly. If you’re looking for more e-juice capacity you may want to purchase a second, larger tank or use one of the ones that you already have. 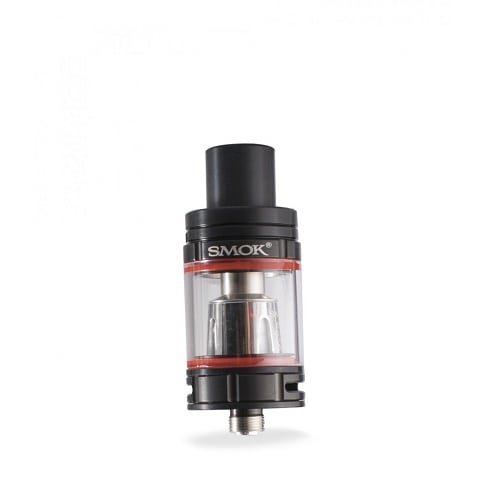 This is where the SMOK Alien really shines.

If you’re familiar with the size and shape of an IPV6 or a Sigelei 213, this box mod will feel right at home in your hand. The size and shape are nearly identical to those other popular mods.

Overall the aesthetics of this thing really is incredible. It’s one of those rare times where the name of the mod truly matches up to it’s appearance. When you see the kinda-sorta industrial/futuristic look, you’ll be like “yep, that’s an Alien box mod”. If you’re the type of person who is attracted to that type of design, you’ll love this kit. It might sound cliche, but when I’m out and about and walk past another vaper I can see their eyes do a little double-take. It really is that eye-catching. The performance is sure to meet your expectations as well. You really can’t go wrong with the Smok Alien kit.