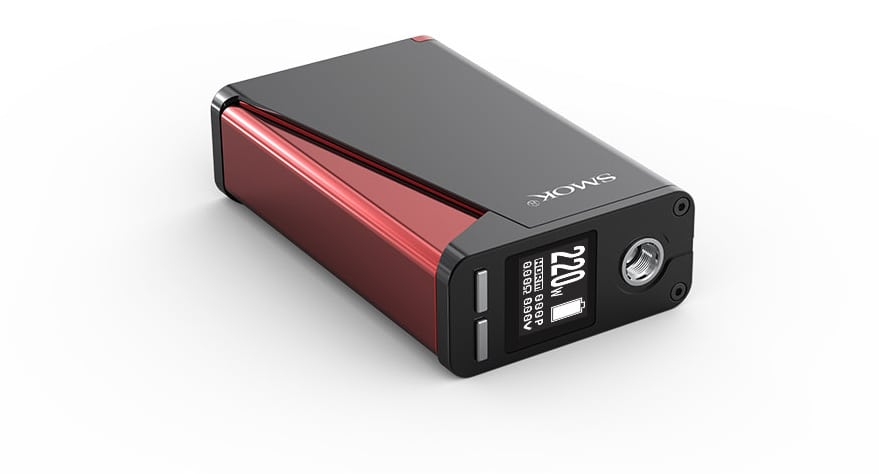 The stunning appearance is definitely one of the H-Privs' strong suits.
SHARE

The H-Priv is the latest temperature control box mod offering from Smok, one of the most prolific manufacturers of mods and other vaping supplies. Temperature control box mods have been something of a trend in the vaping world today, and the H-Priv is up against some stiff competition, as every company has their own line of TC box mods. So how does the Smok H-Priv stack up to the competition? Is it worth the money or should you spend your hard-earned dollars on a different temp control mod?

There’s no need to mince words here: the Smok H-Priv is fucking gorgeous. The smooth zinc alloy case with its’ rounded edges and stunning color contrast is absolutely breathtaking. If Apple were to design a box mod, it would undoubtedly look something like this. The mod is available in silver, black, and white; and all three colors look amazing. I’m partial to the silver one myself, but that’s really a matter of personal preference.

Instead of using a traditional firing button, the H-Priv uses a “red triangle design” firing bar that runs along the length of the mod. I definitely give it points for originality on that one. I can’t remember the last time I reviewed a box mod that didn’t have the standard round button. Really cool.

The design feels ergonomic and comfortable. It’s slightly smaller than most other dual-18650 box mods, and all of the buttons are easy to access without fumbling around.

The display screen and up/down buttons are all top mounted. It’s rare to see a top mounted screen on a box mod, and after vaping with the H-Priv for the past few days I’ve been wondering why this feature hasn’t been incorporated into most other mods. Simply put, it makes it that much easier to read the screen during normal use. Who ever though it would be a good idea to make the vaper flip the mod around to look at the screen? Maybe that works for some people, but I found it significantly easier and more natural to look at the top of the device instead.

In my opinion, Smok knocked it out of the park design-wise with the H-Priv.

The temperature control function works with the same types of wire as most other temp control mods: titanium, nickel, and stainless steel. You can use either single or dual coil builds. The wattage and temperature control modes both offer different outputs: Max, Min, Hard, Normal, and Soft. There is also an additional “power mode” which will allow the device to remember 16 different power settings. It may seem like overkill, but as far as I’m concerned you can never have too many different options.

The slide-off battery cover is easy to remove, but it’s a little tricky to replace, requiring precise alignment and a slight amount of pressure. It’s not a huge deal, but I found it to be a  bit of a pain in the ass.

I wasn’t too thrilled about the slight firing delay after pressing the button, but the vapor production and quality was off the charts. The vapor was smooth and flavorful, and I was able to blow decent sized clouds comparable to most other TC box mods.

The Smok H-Priv is a remarkably high quality mod at an affordable price point. It’s rare to find a box mod that crams in so many features with such great performance without a shocking price tag. If you’re looking for something affordable that will give you temp control capabilities and look sexy while doing it, the H-Priv is the perfect choice.

Buy the Smok H-Priv box mod with a Micro TFV4 tank for only $53.99 and free shipping at MintyVapes.com.