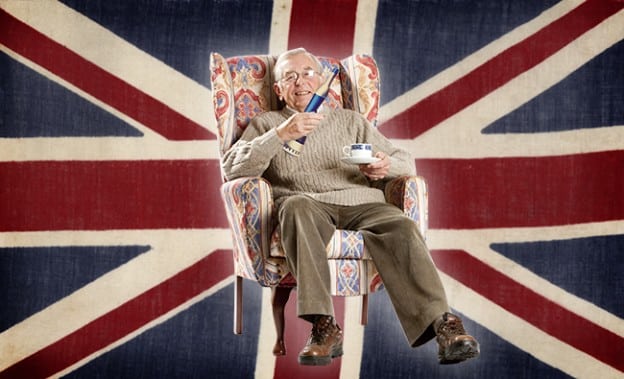 Globally, vaping as an industry has enjoyed positive growth since its discovery over a decade ago. And unless you have been neck deep head up your ass, it might probably not have escaped your mind that the culture is managed and perceived differently from one country to the next, and nowhere in the developed world is this disparity more evident than in the UK and U.S.

I’m not about to turn this into that tired ol’ fashioned Europe vs America debate that splits opinion cleanly like Ernest Rutherford did the atom last century. No, this time, the UK takes home the gold hands down. That’s just the way shit is, so get over it.

The fact is, vaping in the United States can sometimes leave you with feelings bordering on a martyr complex. If it is not the darn FDA looking to impose costly regulation on top of costly regulation, it is the US Congress lobbying hard along with Big Pharma and Big Tobacco to choke the industry (well, save for Duncan Hunter). If it is not mainstream media actively pushing anti-vape propaganda, it is the Surgeon General looking for ways to give the industry a kiss of death.

It seems everyone is out to rain on the vapers’ parade. And the recent bankruptcy of Njoy, one of the first independent manufacturers and distributors in town, only served to cast a dark cloud over the industry in the United States. It’s almost a crumbling house out here.

Across the pond, however, things are quite a stark contrast.

There is a general consensus that vaping is a much safer alternative to smoking, and the UK government has adopted a friendly stance towards the industry. While they are yet to be adopted as official cessation devices, Public Health England has in the past branded electronic cigarettes as the cleaner, healthier alternative (by up to 95%) and the agency has firmly thrown its weight behind vaping so long as it can help folks ditch the fatal stick.

As we speak, the industry has never looked rosier.

The latest reports coming in from Great Britain’s Office for National Statistics show that the number of smokers in Britain is at its lowest since 1974, the year records began. The chief cause is not that our good cousins have finally realised smoking is fatal. They knew it all along. Just that, like everyone else, they had yet to come upon an effective way to help them quit smoking. And they found it in vaping.

Whether it’s dangerous or not remains a moot point – and everyone is entitled to their own opinion. Because as far as I can remember, analogs have never faced as much resistance, despite their fatal effects known to all and sundry.

Amidst all the enraging debate, it has been the wish of every vaper from the start that this same approach be allowed to dictate the way forward: that e-cigarettes may be dangerous, but it’s a damn personal choice. Given we don’t live in a banana republic, however, wait at least until they have – without a modicum of doubt (like Cigarettes Kill) – been proven fatal before legislation can be passed bundling e-cigs in the same category as analogs.

And as far as scientific research goes, e-cigarettes have by far tipped the Safe scale in their favor, something that cannot be said of regular cigarettes.

But if only this debate was as sober in the United States. If only…

Smokers are kicking the dangerous habit at a pace never witnessed before and electronic cigarettes are to thank. In 2015 alone, for example, approximately over half of all adult smokers (56% to be exact) gave up smoking and health officials credit vaping for the massive decline.

Indeed, half of the UK’s 2.3 million vapers said in the ONS survey that they were vaping as a means to quit smoking. Another 22% said they were doing so because they believed vaping to be the lesser of the two evils. A further 10% said it was because it is cheaper than smoking (looking long-term), while 9 percent cited permission to vape indoors as their motivation.

While the UK government has always maintained friendly policies towards e-cigarettes, the figures make for interesting reading for local governments who have increasingly been warming up to the practice. And not blindly. It is a mindset that has been adopted across the board in Britain (and mostly England) after they decided not to politicize the issue and just do what sane people do: listen to the scientific community.

Talk about a gateway to smoking…

Check out a breakdown of the figures here: