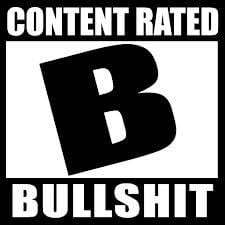 Unless you’ve been living under a rock for the past few weeks, you’ve most likely seen the following post that has been making the rounds on Facebook:

“Please share, that was the purpose of this post. Who knew, she thought the vapor ciggaretts would be better than smoking. The Mayo Dr’s said her lungs were clear otherwise.”

If the perfect combination of a “death” resulting from vaping during a time when the safety of the devices is a major hot-button issue in the media, the misspelling in the post, and the begging for shares has set off your bullshit detector then congratulations! You’re smarter than the 10s of thousands of retards who have caused this clearly fake post to go viral.

Snopes wrote an article yesterday debunking the obviously bullshit post, as if that was necessary. From the article:

“We’ve reached out to the Mayo Clinic in Jacksonville to inquire about the claims made in the Facebook post above. Despite strong media interest in the potential adverse effects of e-cigarettes, we’ve so far been unable to locate any news reports or other anecdotal accounts substantiating the claims of the Facebook user above.”