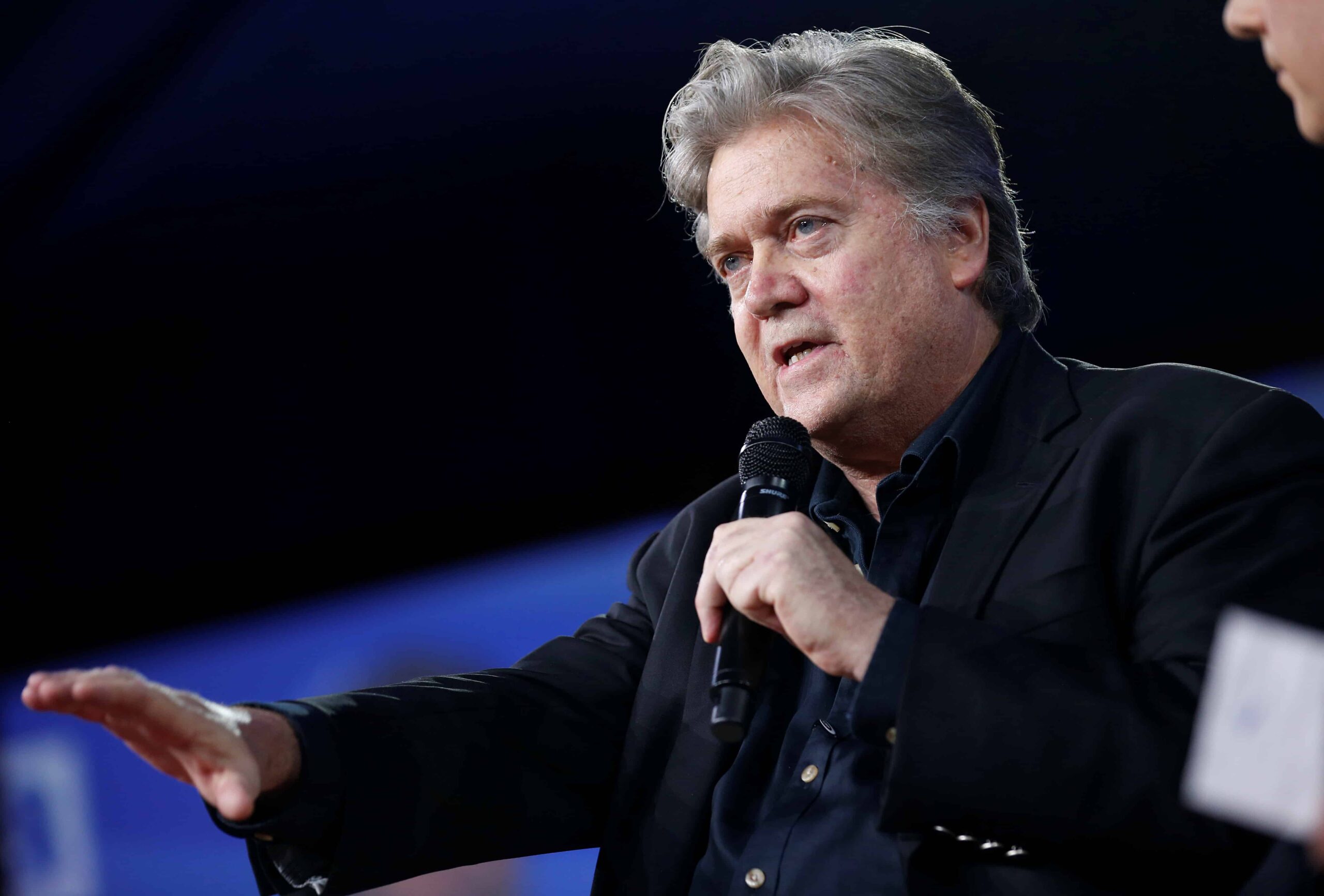 Former White House chief strategist Steve Bannon almost ended up with a job hawking Juul e-cigarettes, according to a report from The Daily Beast.

Juul, which has been the target of intense media criticism and raids by the FDA, is the world’s largest seller of e-cigarettes. Since Juul Labs launched its namesake product in 2015, it has managed to gobble up 70% of the entire electronic cigarette market. The company has been accused by the government of marketing their products to teens, and by looking at their past advertising campaigns it’s completely understandable why people would get that impression.

Juul has spent the past year desperately trying to regain control of its image. They’ve shuttered all US-based social media accounts, ended their affiliate program, and even launched a new ad campaign targeting adults who watch cable TV.

Bannon reached out to the company through a representative in October. Nick Muzin, former Ted Cruz staffer, contacted the company on his behalf and actually met with Tevi Troy, Juul Labs’ VP of Public Policy.

At the meeting, Muzin pitched Troy on the lobbying services of his firm, Stonington Global. Muzin also brought up Bannon, saying the former White House strategist would help with his company’s lobbying work for the vape company, according to communications by a person with direct knowledge of the pitch, which The Daily Beast reviewed.

Muzin… highlighted the fact that one of his fellow Stonington lobbyists, James Frinzi, previously worked for Sen. Lisa Murkowski (R-AK) —one of the Senate’s most outspoken critics of the e-cigarette industry. The message was clear: Frinzi’s access to Murkowski could have big payoffs.

They built their business on the back of an irresponsible marketing campaign that, while may not have been deliberately marketed towards teens, definitely appealed to them. It’s hard to believe that the company wasn’t aware of what demographic was most interested in their advertising, given the fact that the industry is so data-driven these days. Their irresponsible marketing practices could potentially take down the entire e-cigarette industry.

Steve Bannon isn’t the most popular political figure these days due to his role in the Trump campaign, so we can add this to the avalanche of bad news that the company has been experiencing lately.

Juul Labs still hasn’t released a statement about this story.