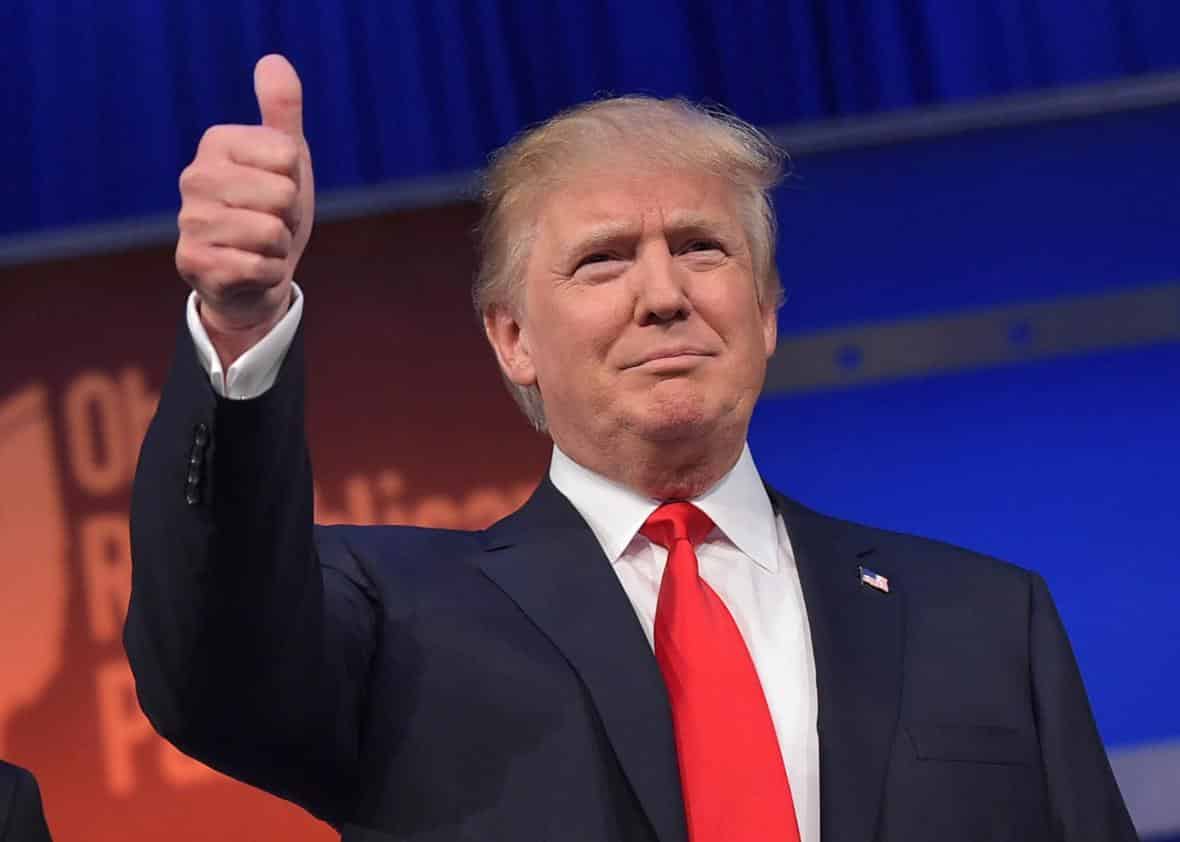 As the results poured in late last night, it became apparent that Republicans managed to defy the polls and sweep the House, Senate, and the presidency on the back of the populist wave that has swept western politics in the past couple years.

Full disclosure: I’m a Trump supporter. While I have to admit it’s been a blast watching videos of Hillary supporters crying and reading articles from formerly smug op-ed writers wallowing in a pit of despair, it’s important to think about how this will affect us in the next few years. Specifically important to me, and I’m sure to you as well since you’re reading this blog, is how the election results will affect our vaping rights.

First let’s take a look at where the vaping industry stands right now.

Back in August the FDA finally unveiled their long-awaited e-cigarette regulations. As expected, it was a devastating assault on the industry. The regulations require each variation of every single product to undergo the time-consuming and insanely expensive FDA approval process. Many people, including yours truly, viewed this as an attempt to completely destroy the vaping industry by making it too expensive for small manufacturers to stay in business. The regulations were considered a massive win for Big Tobacco, who would easily be able to afford the hundreds of thousands of dollars to approve each of their products while driving out the competition from the smaller players.

Of course, these small manufacturers received a temporary stay of execution, since the approval process would only immediately apply to new products. Existing products on the market at the time the regulations took effect would be exempt from the FDA approval process for a period of two years. An intervention by congress is the only chance of reversing these absurd regulations that were implemented by a non-elected entity (FDA).

A Republican victory is a win for vapers

As I wrote in my previous post from a few months ago, Who is Behind the Campaign to Lie to the Public About Vaping, Republicans in congress have been the only ones fighting for vapers rights:

“On the surface, it would seem that a bunch of trendy hipsters puffing away on e-cigs would be the least likely demographic that would favor Republican policies. But once you scratch the surface you’ll realize that vapers are one of the most passionate groups of people in the world today when it comes to their hobby, and they aren’t too keen on the people who have been spreading misinformation in an attempt to ban it.
With the Democratic Party under the grip of the so-called “regressive left“, the people who think that they know best what freedoms other people are allowed to have, the Republicans and their conservative free-market ideology have ended up being an unexpected ally to the hordes of flat-brimmed baseball cap wearing vape bros who want see their freedoms protected. The voting on virtually all vaping related bills in Congress has been split along party lines, with Democrats voting against vaping rights and Republicans voting for them.”

In the same article I dove deep into campaign contributions and determined that the Democrats who have been most vocal about opposing the freedom to vape are also the biggest recipients of donations from Big Pharma:

“OpenSecrets.org, an organization that is dedicated to exposing and keeping track of political donations, shows that the Democrats who have been most vocal about opposing vaping have also received some of the largest contributions from the pharmaceutical industry.

Senator Ed Markey (D-MA) has gone on record as saying that he thinks the e-cig industry “should be put out of business.” He has received a lifetime total of $449,750 from the pharmaceutical industry via campaign and political action committee donations.

Former Senator Frank Lautenberg (now deceased) was one of the earliest opponents of vaping. He received $473,122 from drug companies.

Robert Menendez, who counts sponsorship of the Family Smoking Prevention and Tobacco Control Act as one of his many anti-vaping accomplishments, has received an astonishing $780,195 from pharmaceutical companies throughout his career.

There’s no need to list the amounts received by other anti-vaping Democrats, as these three are enough to illustrate my point. But rest assured that they have received substantially more than any of the pro-vaping Republicans, especially when you filter the results to only view the last few years (aka when the vaping industry became big enough to threaten Big Pharma).”

Another one of the most popular posts I’ve ever written is a post from earlier this year where I list some of the politicians that have gone on record as being opposed to vaping rights. I haven’t updated it in a while, but it’s undeniable that Democrats are the ones who are most commonly taking an active role in suppressing the freedom to vape. Take a look at the article and see for yourself.
Contrast this list with the most active supporters of e-cigarettes in congress: Representative Duncan Hunter and Senator Ron Johnson, both Republicans. Hunter has consistently proven himself to be the most passionate pro-vaping member of congress, having written several op-eds in support of vaping and even blowing a cloud in the middle of a congressional hearing. Ron Johnson has also been a strong supporter of vaping rights in the Senate, as I wrote a few months ago. These are the type of people that we need representing us in government if we’re to have any hope of surviving as an industry in two years time.
But what about The Donald? 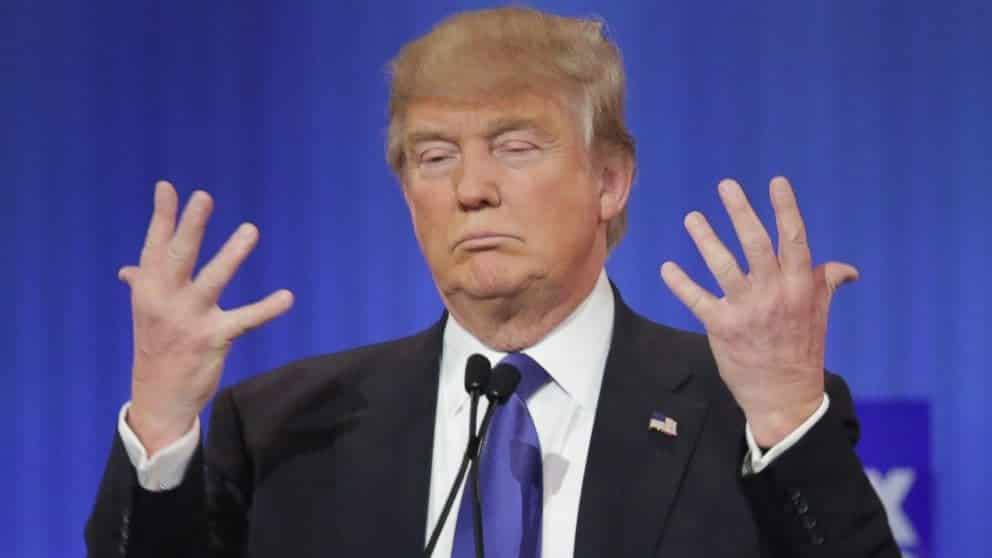 While Donald Trump’s economic policies (specifically when it comes to trade) sharply diverge from the old-school conservative thinking that is dominant in the Republican Party, there is one exception: his anti-regulation stance. He hasn’t specifically stated anything about vaping rights, but he has gone on record as being strongly against most business regulations. There is a strong consensus amongst analysts and economists that he will seek to overturn or loosen a plethora of business regulations. It’s reasonable to assume that the strongly anti-business FDA regulations could be on the chopping block in the Trump administration.
Donald Trump has even gone on record as describing federal regulations as the “anchor dragging us down”. He vowed to impose a moratorium on all new regulations. That is a massive plus from the point of view of the vaping industry, which is about to be suffocated under the weight of bullshit government regulations.
Whatever you may think about him, it’s undeniable that he is a much better choice than Hilldog when it comes to vaping rights, as many people believe that she favors stricter regulations on businesses. Not to mention that, as someone who was the “status-quo” candidate, it is extremely unlikely that she would  favor something as drastic as overturning FDA regulations that are “for the children”.
There’s still a long road ahead in the fight for vaper’s rights, and I don’t want to make it seem like it’s inevitable that the FDA regulations will be overturned. But goddamn this is the best possible outcome if we want to improve our odds of still being able to vape a couple years from now.
So don’t get complacent and make sure that you let your elected representatives know your opinion of vaping, especially if they are on the list of anti-vaping politicians. Hopefully we’ll all be able to vape for years to come!