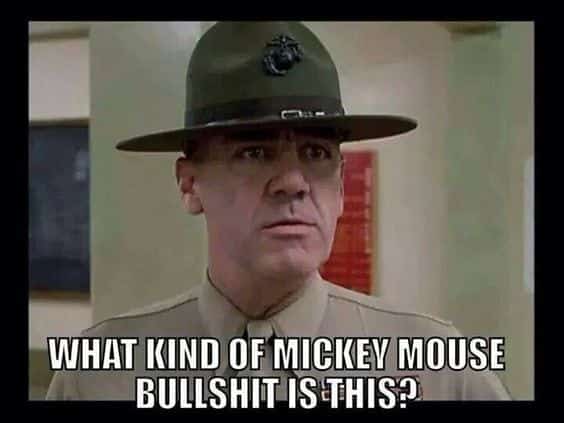 According to an article from Navy Times, a full vaping ban on all Navy bases and ships may soon come into effect.

“The Naval Safety Center concludes that these devices pose a significant and unacceptable risk to Navy personnel, facilities, submarines, ships, vessels and aircraft,” the memo reads, going on to recommend a full ban of the products on Navy property.

The report notes that while laptops and cellphones also run on lithium-ion batteries, extensive testing has shown that they don’t tend to explode when they fail.

The Navy is taking a hard look at the recommendation, which would ultimately have to be implemented by Fleet Forces Command and U.S. Pacific Fleet.

Anyone who has ever been in the military won’t be surprised by this. It’s fairly common in all branches of the military for leaders to randomly ban shit as a kneejerk reaction to things that they don’t understand, while citing vague “safety” concerns.

“It is strongly recommended that action be taken to prohibit these devices from use, transport, or storage on Navy facilities, submarines, ships, vessels, and aircraft,” the memo reads. “In conjunction with these efforts, it is recommended that the Navy launch a dedicated safety campaign to inform service members about the potential danger of these products.”

The “dedicated safety campaign” might sound reasonable to any civilians reading this, imagining that they will actually attempt to educate people about the risks and how to mitigate them by using ohm readers, etc. But in reality it’ll most likely result in some random posters posted in chow halls saying “Don’t let e-cigarettes take YOU out of the fight” with a picture of some dude who blew his face off with an unregulated mech mod and no context.