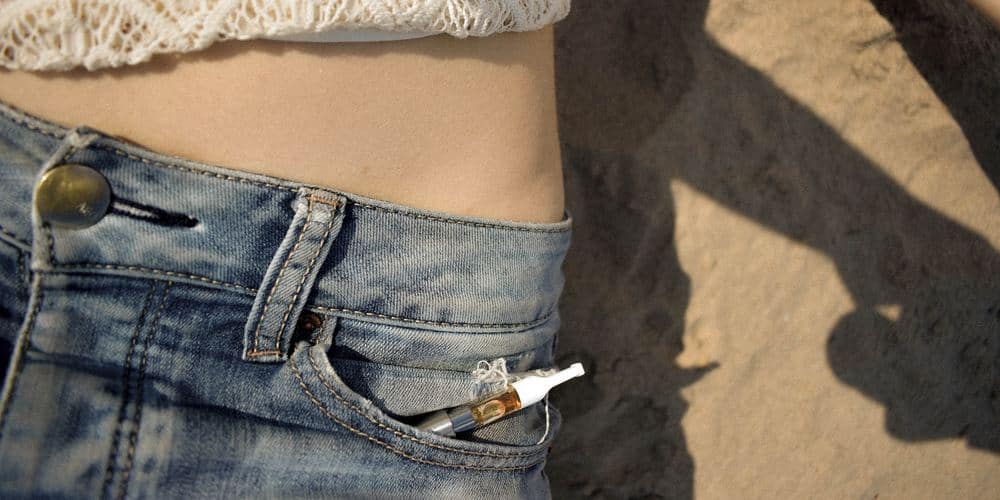 As vaping bans pop up across the nation, the VV team considers an opinion against the proposal Photo by Maria Badasian on Unsplash
SHARE

Last week, President Trump announced the possibility of a federal vaping ban that would affect flavored e-cigarettes. This nationwide ban on a whole category of legal products would follow state- and citywide bans in several places, including San Francisco, Michigan, New York, and now Massachusetts, at least temporarily.

But this is government overreach, not to mention an overreaction. There a real issues to deal with here, including a failure to safely regulate products that smokers and vapers use. But restricting these products altogether fuels a black market that we know is dangerous and doesn’t do what its proponents argue it will.

A matter of public deception

Anti-tobacco advocates and political activists have disingenuously and irresponsibly used a mysterious illness as political fodder, connecting it with vaping in the public mind. Thanks to federal officials with an agenda, state-level officials who are being guided by panic rather than facts, and careless reporting, the public appears to believe that vaping—despite having been in existence for years—is suddenly killing children.

The pearl-clutching that always ensues when we are implored to “think of the children” has led to these new restrictions on the legal e-cigarette market. But a vaping ban would be reckless, and contrary to what its proponents say, would not protect the public health. It will endanger consumers—including underage users.

First of all, scientists are not sure what the effects of vaping e-cigarette liquids are, long-term. They do not agree on that point. However, even doctors who believe that e-cigarettes may be harmful also agree that they are far less dangerous than combustible cigarettes.

In other words, the scientific and medical communities agree that e-cigarettes are far less harmful than combustible cigarettes. For this reason, most doctors do not support a total vaping ban.

CBS News reports on a Public Health England study that describes e-cigarettes as at least 95% less harmful than combustible cigarettes. Although research has largely been stalled here in the US thanks to a political freeze, that research has been repeated to some extent here, and it certainly has been elsewhere.

Dr. David Abrams of New York University told CBS News that 95 percent is a fair estimate, but that he would go further, and that he is concerned that this panic and a vaping ban will distract people from the public health benefits e-cigarettes might offer:

“I think we’ve forgotten that 120 years ago, the disruptive technology was the cigarette rolling machine that literally caused this epidemic of lung cancer and other diseases. And now we have an opportunity 120 years later to get rid of the cigarette with a new technology that delivers nicotine in a very satisfying way without the major harms of burning tobacco,” he told CBS News. “If we lose this opportunity, I think we will have blown the single biggest public health opportunity we’ve ever had in 120 years to get rid of cigarettes and replace them with a much safer form of nicotine for everybody.”

The idea that only minors vape flavors is patently false, and one that actual vapers have been decrying loudly and repeatedly. When they can’t get the flavors they want, they will have to travel—or take chances.

Furthermore, if this was all about health and safety and marketing to children, there would be better things to ban.

The aim of these vaping bans is to protect us, or so we are told. However, prohibition does not work, and it never has. It is excellent, however, at pushing people toward more risky options—such as black market vape products and combustible cigarettes, both of which can actually kill you.

Over the years, even combustible cigarette bans have met with ill fates until this century. There has never been the will to ban these things or the perceived need to—even though they kill people, including children.

And speaking of things that kill children? Car accidents, suicide, and homicide are all right up there in far higher numbers. But of course none of those crises—and they are—have prompted an outright ban of an entire class of legal products.

By the way, cigarettes? The traditional kind you smoke? Lost in the vaping panic, with 9 dead so far, is the fact that these cigarettes are called “cancer sticks” for a reason. Almost half a million Americans die every year from illnesses caused by smoking, 7 million worldwide.

And forget deaths. Over 16 million people in the US are still living with a disease caused by smoking. For each of those almost half a million smoking deaths, at least 30 people are still alive, coping with a serious illness related to smoking. But we’re going to ban vapes?

There is no “epidemic” of youth vaping. Evidence reveals that less than one percent of teens who don’t smoke vape regularly—about 0.2 percent. There are also fewer smokers in that age group than ever before.

This is in part perhaps because the CDC has been inaccurately calling all teens who vape anything, including THC, e-cigarette users. In other words, even teens who are creating and using or just buying and using black market products are now just vapers to the CDC—explaining in part an alleged spike in teen e-cigarette use as well as this crisis.

A ban is antithetical to a harm reduction approach

When smokers are moving to e-cigarettes, part of how we do it is to choose a flavor we hope we will like enough to stick with. For me it was coffee, a sweet version, because I’m a latte person.

Hopefully it is obvious why choosing “tobacco” flavor is not part of a smart harm reduction approach, law makers.

In February, a randomized control trial in The New England Journal of Medicine proved that e-cigarettes are almost twice as effective at helping smokers quit. That’s more than twice as helpful than gum, patches, or oral nicotine. This is a gold-standard study, and it replicated two others from 2013. In other words, this is not in dispute.

E-cigarettes provide nicotine to people who are addicted, at a lower risk, without combustion. Research proves that e-cigarettes help smokers quit, and is more effective in that goal than even classic nicotine replacement therapy.

And you know what? Former smokers like me can confirm that for you if you care to listen to us instead of wringing your hands with a vaping ban instead of parenting. I’ll be busy doing both: listening to my neighbors and parenting, because as a parent and former smoker, both, not one, seem like my job.

The “vaping disease” that isn’t

The argument that this illness is a vaping disease is wrong, too. Not one of the hundreds of cases has been linked to use of legal e-cigarettes that contain nicotine.

Various state health departments have found that most cases are connected to the use of black market vape products, specifically cannabis e-liquids. Many of these black market products have been adulterated with Vitamin E Acetate, which can damage the lungs when inhaled. In fact, every single case in New York state, which has also banned normal e-cigarettes, was the result of using products tainted with Vitamin E.

Furthermore, although there are a few exceptions, the vast majority of the cases occurred in counties and states where cannabis is prohibited.

Even Scott Gottlieb, former FDA Commissioner and self-styled blood enemy of e-cigarettes, Tweeted, “the severe cases, so far, appear to be symptoms that can occur when either oils or lipid-containing substances enter lungs. This points to illegal products that are being cut with dangerous chemicals as a culprit.”

I can tell you as a former smoker that I would never have been able to quit without flavored e-cigarettes. I am not a weak person, I am not lazy.

But I was powerfully addicted and quitting was the challenge of my life. If it was easy, we’d all do it. Non-smokers always think it’s nothing!

It’s not. I used mostly coffee vapes to get me off cigarettes, and it worked. (Sometimes I used other flavors. We all need something different from time to time.)

I am now a lower insurance cost to my peers. I am sick less often, so my co-workers rely more on me, with good reason.

And if flavored e-cigarettes are banned, I will do what I need to do to get them, including putting myself at risk, because I made a decision to be here for my family and friends. I am sticking to that, even if my elected representatives won’t support me.

What else can I do? I’m not going back to smoking again.

I understand being afraid about ending up in the hospital—especially when you’re not the patient. I too am a parent.

But e-cigarettes save lives. Ban advocates are right about one thing: we don’t know all of the facts. That’s no basis for a vaping ban.

As a community and a country, we find ways to address the risks posed by youth access to adult products like alcohol. We need to do that again with e-cigarettes if we’re not already. It’s not easy to buy booze in a liquor store if you’re under 21, and vape shop owners would probably sooner invest in better tech than be put out of business.

But the real answer is realizing what works and what doesn’t. We know from the sex education context that evidence-based educational programs are far more effective at convincing teens not to ruin their health than abstinence-only programs, for example.

In the UK, authorities have confirmed that access laws alone do not help youth use rates when it comes to tobacco. Why would they with vaping?

E-cigarettes can save lives, so lawmakers must find a better solution—one that is likely to work. If they don’t, they will find themselves facing entirely new crises and black market outbreaks.

Our leaders have a responsibility to us, too, not just “The Children.” They must address this situation in a timely fashion, or more THC vapers and e-cigarette users will get sick and die, and frightened nicotine vapers may return to smoking.

In other words, there is a public health crisis here, just not the one people are worried about. Banning e-cigarettes or vaping is not only wrong, it prevents us from doing what we need to do: warning the public about black market products and getting rid of them. That includes smart drug education for teens—and I mean more than “Just Say No.”

People used to smoke everywhere. When I was a kid, we still smoked on planes. Our relatively smokeless world is new! We are adjusting as a culture, and this is a very scary part of that transition.

A federal vaping ban will enter us all into another costly and dangerous era of Prohibition, and we’ve been down this road before.