Contents show
1 1963 “Cuban” E-Cigar
2 1963 E-Cigarettes
3 Original
4 Menthol
5 Peace
6 How does this new line compared to the other Vaporcade e-cigars and e-cigarettes?
7 Conclusion 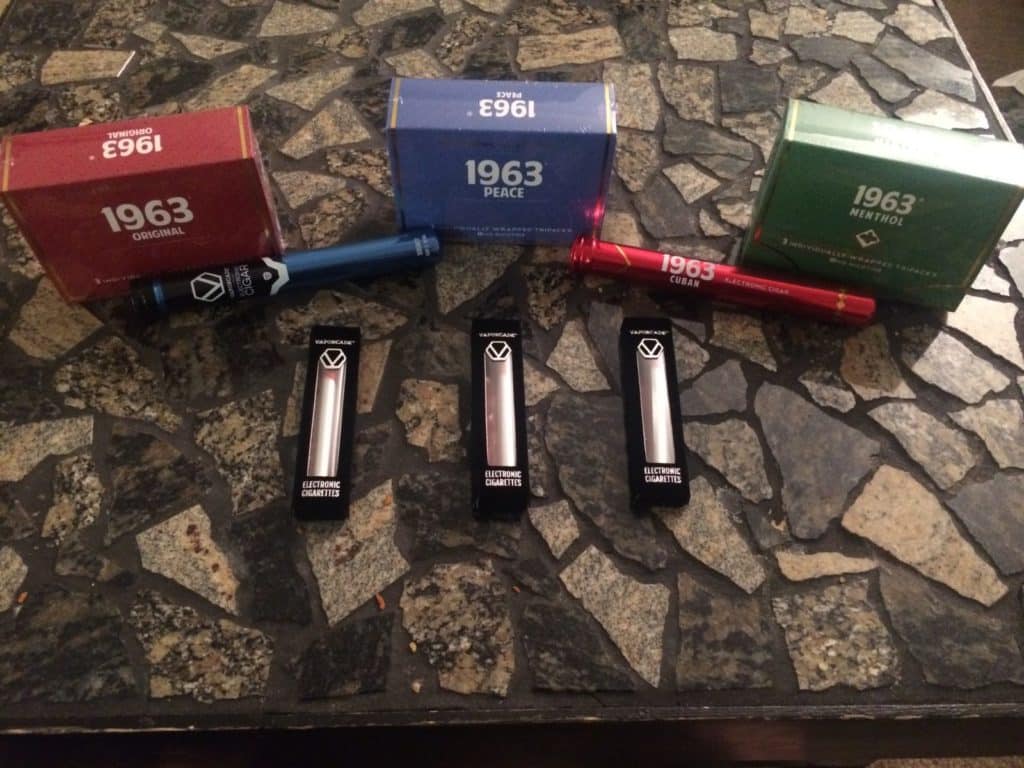 “1963”, the new line of disposable e-cigarettes and e-cigars from Vaporcade, gets its’ name from the year that the very first e-cigarette patent was filed by inventor Herbert Gilbert. This brand includes a variety of flavors and retains the look and feel of traditional cigarettes. But in a crowded marketplace full of other cigalike brands, how does Vaporcade stack up?

Out of all the Vaporcade products that I was able to try, the 1963 “Cuban” flavor of e-cigar is the one that left the biggest impression. While nothing can truly compare to the experience of smoking a real cigar, this e-cigar comes close.

It comes in an individual cigar tin with a paper wrapper, giving the packaging an authentic feel, reminding me of actually opening up a real cigar.

On visual inspection, it’s obviously not a real cigar (duh), but it’s clear that Vaporcade put lots of attention to detail in the design of this device. The texture of the Cuban feels just like the outer wrapper of a cigar, and is even slightly squishy when you pinch it between your fingers, just like the real deal.

The vapor is inhaled through a small hole punched into the mouthpiece of the device, and it’s ready to start vaping as soon as you open it up. Like most disposables (as well as pod vapes), this e-cigar is a draw-activated device, removing the necessity for pressing a button to draw vapor. While drawing on the e-cigar, you’ll know it’s activated because the tip of the device will glow red. It’s definitely an attention-grabber and looks very cool in the dark.

The vapor has a rich, bold, full-bodied flavor that is sure to satisfy even the most discerning cigar aficionado with it’s complexity and authenticity.

If you’re looking for an e-cigar that will serve as a high-quality substitute to the actual thing, the 1963 “Cuban” is right up your alley. The flavor and the appearance are highly realistic, and as an added bonus you won’t look ridiculous vaping this thing out in public. 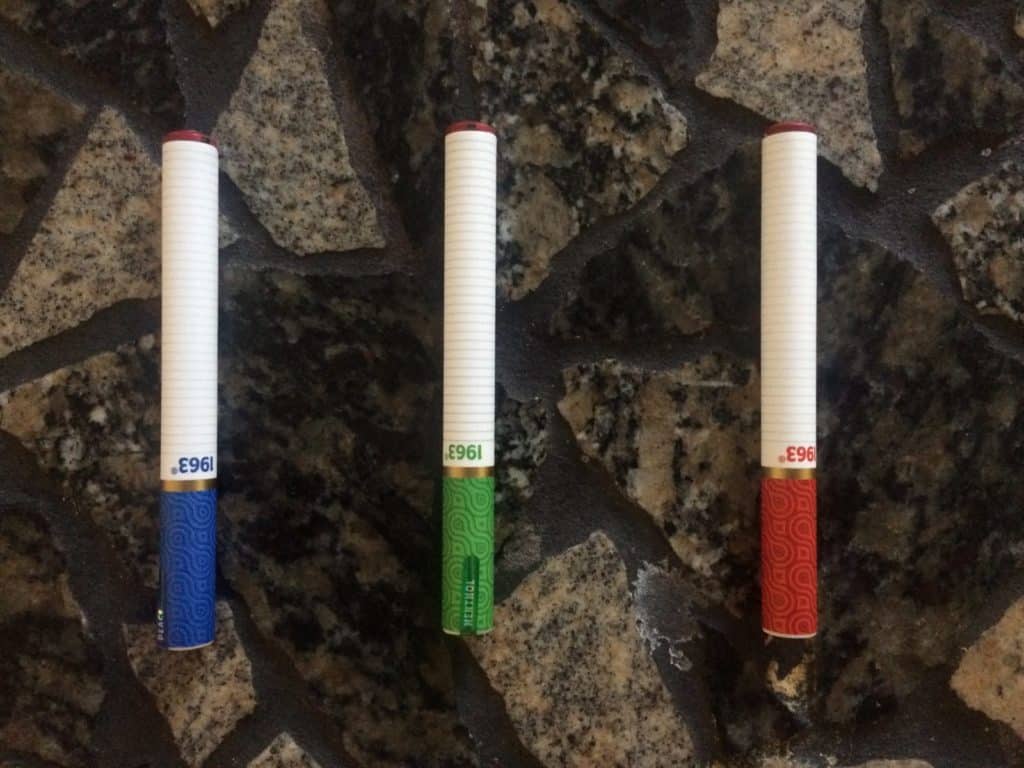 The 1963 line of e-cigarettes are disposable cigalikes that are designed to capture the feel of smoking a real cigarette with the benefits of vaping. They are paper-wrapped, giving former smokers a similar tactile sensation (extremely important when trying to quit smoking). The tip is emblazoned with the “63” logo that lights up when you draw on the e-cig. They are available in tri-packs for $24, and cartons for $60. The three flavors are: 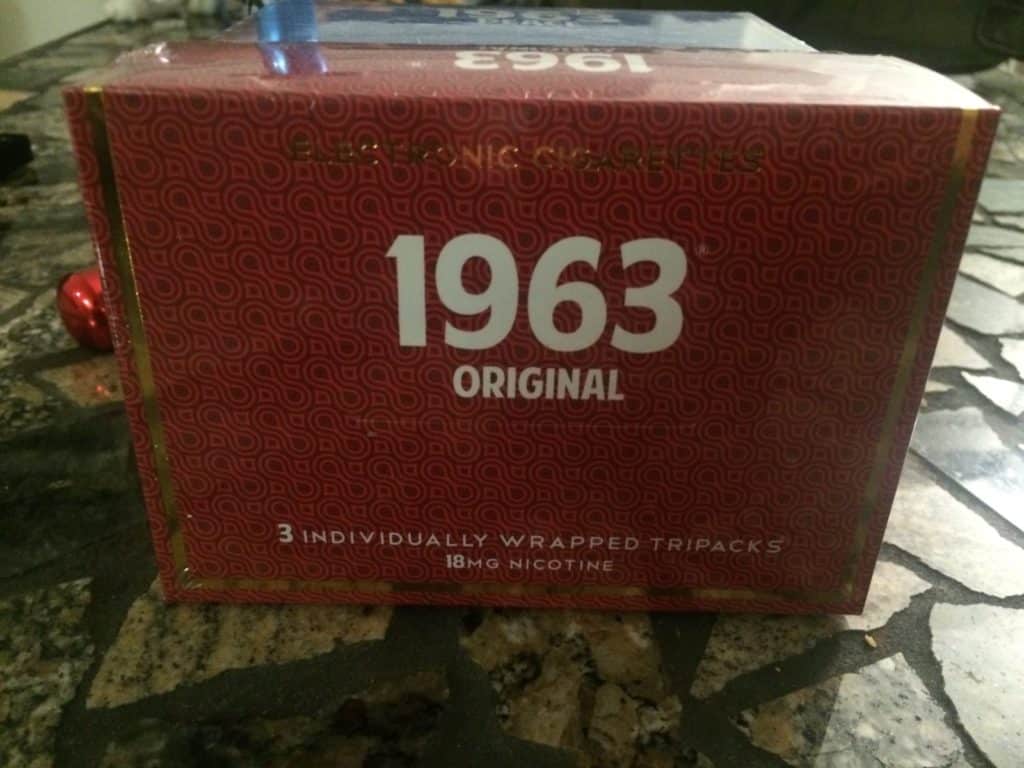 Original is the flavor that is most likely to appeal to the vast majority of former smokers. It’s a full-bodied flavor that combines a rich caramel and vanilla flavor with a subtle woodsy note on the finish. While this one won’t appeal to vapers who want a unique, fruity flavor, it isn’t designed to. The vapor produced by this device has a slightly smoky taste, but I was surprised to find that I actually liked it. It’s not that horrible, harsh smokiness that regular cigarettes have, but more a subtle hint of smoke that actually complements the dominant flavors. Former smokers will be sure appreciate this flavor as it makes the transition to vaping that much easier. 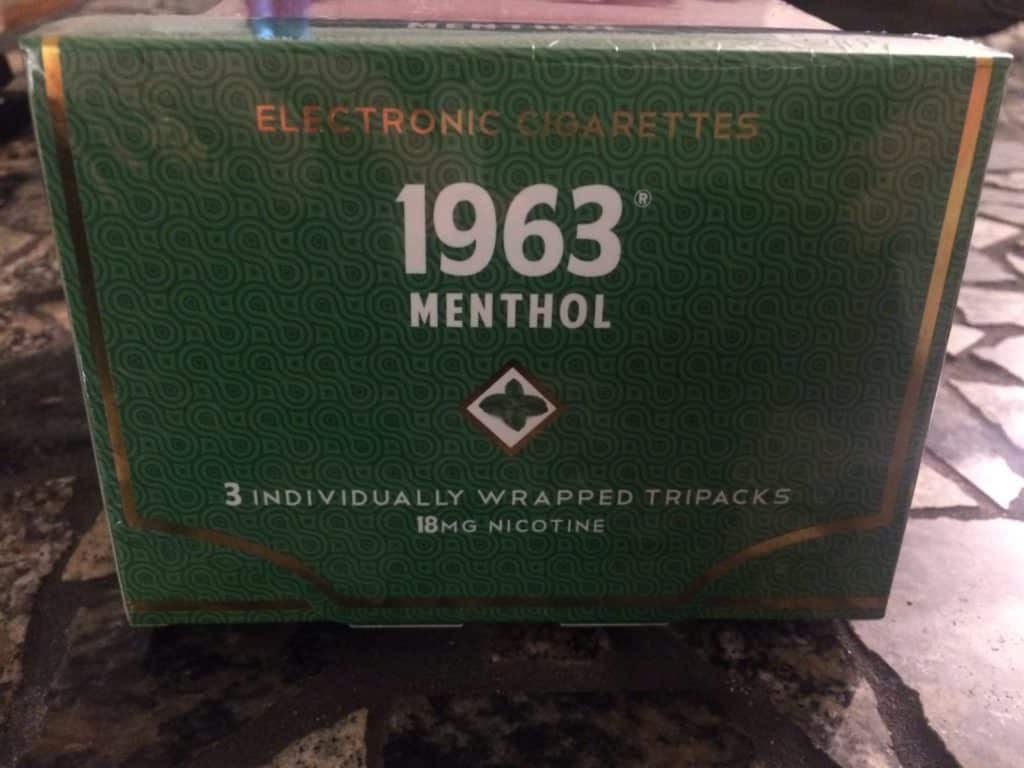 Well, this one is a menthol flavor. No surprises here, just an authentic, smooth, minty menthol taste that most of you will already be familiar with. If you used to smoke menthol cigarettes or if you’re a fan of minty flavors, this one is perfect for you. 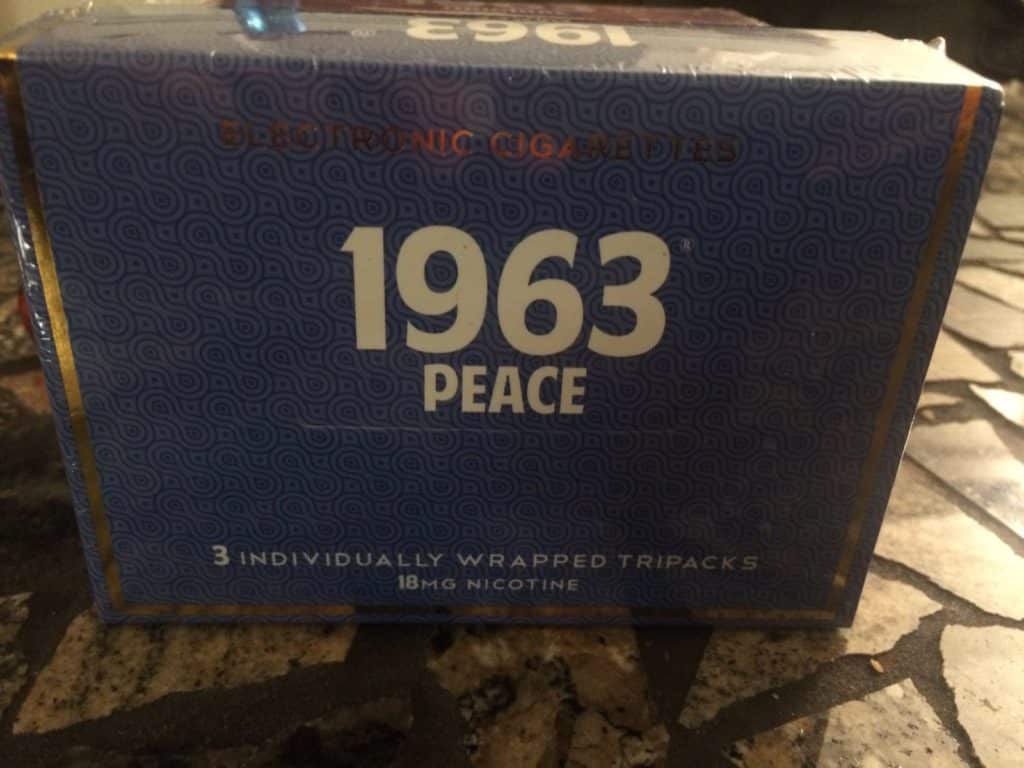 Out of the three e-cigarette flavors in the 1963 line, this one is by far the most complex. It balances a fruity, spicy initial inhale with a soft, mellow exhale. If you want to expand your palate beyond the standard cigalike flavors, Peace is perfect for you.

How does this new line compared to the other Vaporcade e-cigars and e-cigarettes?

While reviewing the 1963 line, I also had the opportunity to sample a “Red Dragon” e-cigarette and a “Serenity” e-cigar. It’s clear that Vaporcade shows the same attention to detail and outstanding quality across all of their brands. The “Red Dragon” e-cigarette is an apple flavored cigalike that will appeal to most fruit fans. The “Serenity” e-cigar is a sweet, tangy, in-your-face flavor that is sure to please people who want a burst of flavor, as opposed to the more subtle flavors that most of these devices feature. Both are highly recommended.

The new 1963 line of e-cigarettes and e-cigars provides an authentic alternative to smoking regular cigarettes and cigars. The cigalike field is crowded with poor quality, cheap devices that lead to frustration and disappointment. So it’s refreshing to see a brand that you’ll be satisfied with and will be proud to use out in public. The packaging, attention to detail in the design, and flavoring all give the impression of a high-end, luxurious brand.

Buy “1963” e-cigarettes and e-cigars at Vaporcade.com.