If you’re a fan of cannabis, you’re probably looking for amazing new ways to try your favorite herbal treat. Bhang lassi is actually an old school way to consume cannabis, and it’s absolutely worth trying.

We made a super easy vegan bhang lassi recipe you can make with a high speed blender and cannabis that is decarbed. This saves a lot of time compared to the traditional methods—and it also opens the door to using already vaped bud!

In this post, we’ll cover how to make vegan bhang, a brief history of bhang lassi, and the benefits of drinking bhang.

Introduction: what is bhang lassi?

Many of us have had mango lassi or rose lassi at an Indian restaurant, but even the most diehard cannabis fans have mostly missed out on the cannabis version of the drink: bhang lassi. If you’ve attended Holi festival events, you might be an exception, because drinks infused with cannabis such as bhang lassi have been enjoyed as part of ancient Hindu traditions for millennia and are still used today.

Made like a traditional Indian lassi, bhang lassi is usually made with milk or yogurt along with spices, seeds, and honey, and infused with cannabis. Designed to open the third eye and bring you closer to a state of nirvana, read on to find out how we made an easy vegan version at home.

How to make vegan bhang

India is a huge, populous country, and bhang lassi is made in different ways from region to region. This is great news, because it means within a few basic principles you can let your tastes be your guide.

Obviously, you also need cannabis. But what kind, and how much?

How much depends on how strong you’d like your drink to be. (Check out the late, great Anthony Bourdain choosing between bhang lassi strengths such as “super duper sexy strong” at a roadside stand.) Remember to refer to an edible dosage calculator like this one as you add cannabis to any edible, including bhang lassi.

Generally, we’d say you need at least 10 grams for one drink, and up to…as many as you think you can handle. But be careful. More on this below.

Beyond that, the most commonly used bhang lassi ingredients are:

We used these ingredients specifically:

Traditional bhang lassi recipes call for you to boil the marijuana and infuse it into the drink slowly, and sometimes to use a mortar and pestle to extract the cannabinoids from the activated plant matter. This all takes a lot of time and effort—more than we wanted to put into it, frankly!

By popping the weed right into the Ardent Nova to decarb while the cashews soaked, we saved tons of time and almost all of the effort in the old recipes. (Don’t believe me? Check out the old school version of the recipe below.)

Add the cannabis, the nuts or seeds and their soaking liquid, the coconut cream, the cashewgurt, the spices, ginger, honey, and enough water to the blender to achieve a consistency you like. Blend at high speed until smooth.

For the first batch I used an eighth of Skywalker OG. I decarbed it in the Ardent Nova and then used the entire eighth in what turned out to be around a pint of super thick lassi. It took a few days to get through—it was definitely in the “super duper sexy strong” zone.

For the next zone, I wanted to try using up already vaped bud (AVB). I’ve been trying to find a good use for it, and some kind of edible always seems to be my best shot.

The biggest challenge with AVB is that it tastes a little off—I mean it’s been vaped already—and it’s weaker so you need more anyway. So it does impact the flavor somewhat if you want really strong lassi.

I dealt with this by adding more flavor. I like mango lassi and banana lassi both, and you can add either ripe banana or ripe mango (or the frozen version of either) to your lassi to improve a slightly bitter cannabis flavor.

The verdict: a great way to use already vaped bud and get a second use out of your cannabis, give it a shot.

To start with, you’ll be infusing water or the lassi milk for awhile. You’ll boil the cannabis buds in batches, effectively decarbing it in water—although this way you lose more of the terpenes and other good stuff, just another argument for our lazy blender method.

Then you have to drain your cannabis and grind up the plant matter in a mortar and pestle. This is a serious drag, and worth bringing a blender into the equation alone. Most recipes also call for draining the extracted and filtered results with muslin.

But again—this is a terrible series of bummers. We appreciate tradition, and we do own a mortar and pestle, but we love that a blender takes ten seconds.

Finally, consider that many recipes call for infusing the cannabis in the liquid for hours to increase potency. Just like with tea, more time means more strength—but if you’re eating the whole plant like you do our way, you can skip this part.

There are many variations on bhang drinks. Some Indian versions call for grenadine, curds, and/or whey.

Another popular version called Thandai makes use of a pre-made bhang mixture along with almonds, black peppercorn, cashews, dates, and melon seeds. The entire blend is ground into thandai paste, simmered in warm milk, and then chilled before serving. 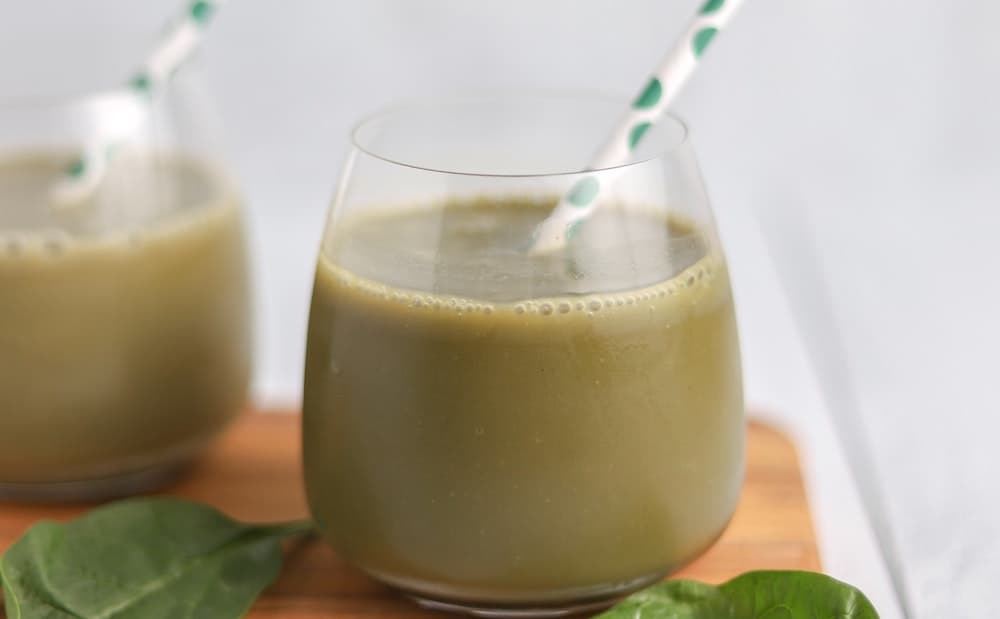 A brief history of bhang

Cannabis history and culture dates back thousands of years. Bhang is actually Hindi for cannabis, a plant that has grown wild naturally in India for hundreds of years. “Bhang” today refers to edible cannabis drinks that are frequently consumed during traditional Hindu festivals such as Janmashtami, Holi, and Shrivratri.

In Tibbi and Ayurvedic rituals, people used cannabis orally to treat diseases such as rheumatism and malaria. Newlyweds consumed bhang to increase their libido, and warriors drank bhang to settle their nerves.

In the sacred Hindu text Atharvaveda, cannabis is one of the five most sacred plants on Earth. Shiva, the Hindu god of transformation, is said to have used bhang to harness his powers. Cannabis was used in certain Vedic rituals to overcome evil forces and enemies.

Among the more famous of Shiva’s followers, sadhus are the “holy people” of India who use traditional clay chillums to consume cannabis and connect with Lord Shiva. Of course this is never more popular than during Spring’s Holi festivals celebrating color, family, love, and equality.

In modern times, bhang lassi and other cannabis drinks have also skyrocketed in popularity thanks to tourism in India. However, local beliefs also continue to drive bhang use, as the drink is believed to cure dysentery, fever, and sunstroke, and aid in clearing phlegm, improving digestion, and curing speech impediments.

The benefits of drinking bhang

Just like any kind of cannabis edible, bhang lassi affects the way the brain and nervous system work. Cannabinoids, the basic active compounds in the Cannabis sativa plant, produce these psychoactive effects.

Although there are many different cannabinoids in the plant and in bhang, the two best-understood are tetrahydrocannabinol (THC) and cannabidiol (CBD). THC causes the “high” people experience after consuming cannabis and is the plant’s main psychoactive compound. CBD, linked to many of the health benefits of bhang, is a non-psychoactive cannabinoid.

The human body naturally produces compounds called endocannabinoids, and these bind with the cannabinoid receptors in the body. Both CBD and THC are similarly structured and also bind to those same receptors.

So, what kinds of effects can bhang have? What are the benefits of drinking bhang—is it worth the trouble? Especially if you’re using up AVB, we’d say yes:

Research has been hampered by a lack of funding and legal confusion, but we’re learning more every day. Back in India, the health benefits of bhang lassi are well-accepted. Are you ready to give it a try?

Here are a couple of other benefits:

Remember, as with any cannabis edible, start with very small amounts and increase them only to meet your personal needs and taste. It takes longer for the effects of ingested cannabis to appear, and they are usually more long lasting and intense than from smoked flower. In fact, where you may be used to peaking in 15 to 30 minutes after smoking cannabis, you may not peak from your bhang lassi for up to three hours, so wait for it!