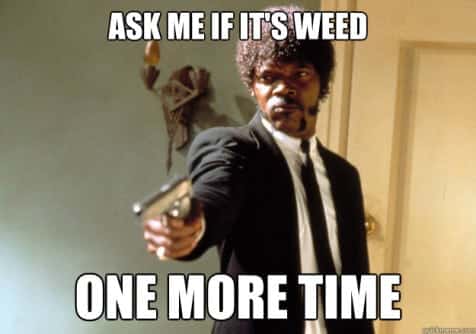 We live in interesting times. Vaping nicotine e-juice is the one thing that has been proven to actually help people to quit smoking while at the same time public support for vaping is at an all-time low. It seems like the flat out lies in the media and the hellbent determination of local governments to make money by taxing vaporizers (influenced by aggressive lobbying from Big Tobacco) has actually had an impact on public opinion.

It doesn’t take a rocket scientist to figure out that the golden age of vaping is going to come to an end. Once regulations are placed on manufacturers, they won’t be able to afford to keep creating brand new mech mods and atomizers. The only companies who would be able to afford to meet the regulations would be Big Tobacco, and we all know how good they are at figuring out what types of vaporizers people want. Additionally, once taxes are raised, all those neighborhood vape shops that exist on virtually every single street corner will go out of business. Public opinion about vaping nicotine isn’t going to change for the better any time soon so it only makes perfect sense for everyone to embrace the fact that vaporizers can be used for weed.

While e-juice vaping has lost a large amount of support among the general population, weed legalization has been sweeping across the country. For the first time ever a majority of Americans support legalization. It is legal for recreational use in 4 states and the District of Columbia, while medical marijuana is legal in 23 states. Only the most hard core, conservative Republican retards would deny that weed legalization everywhere is inevitable.

A small amount of nicotine vaping elitists might be butthurt about the association of vaping with weed and the “hey bro is there any weed in there” comments anytime that they vape in public (see here, here, and here), but in reality the association between vaping and weed might be the only thing that helps to keep it legal in the long run. It’s kind of a no-brainer. If one of the substances that can be vaped is under scrutiny and hurting the public perception of vaping, maybe it would be better to focus public attention on the fact that the other substance (which they support) can also be vaped. Vaping should be rebranded. It should be viewed as a something that is used for weed but has a nifty side function of also being able to be used with nicotine as well. This isn’t too far-fetched, considering the fact that weed vaporizers were the original vaporizers, predating e-juice vapes by a few years. It wouldn’t hurt for the vaping community to rediscover its roots.

What do you think? Would it be better for vaping to be primarily associated with weed or are you an e-juice elitist who thinks that I’m just a dumbass? Let me know in the comments!