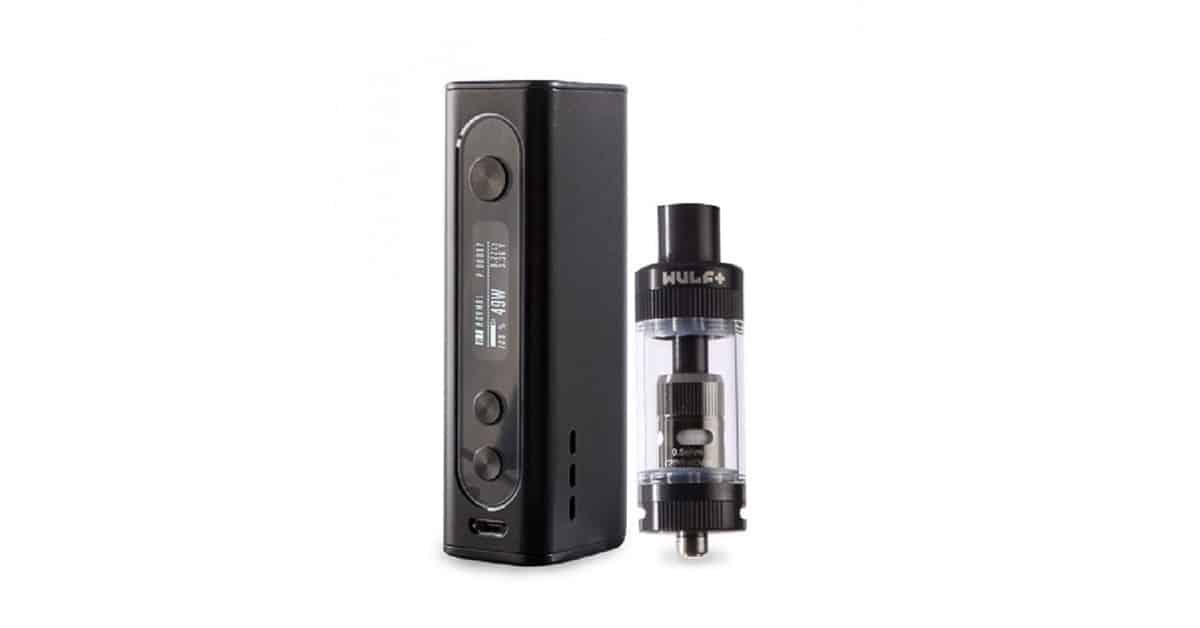 Wulf Mods is one of the most highly regarded manufacturers when it comes to mechanical mods, with their Lone Wulf and Hell Hound Series box mod making them famous amongst cloud-chasing competitors. But it seems like they don’t get a whole lot of love for their other regulated box mod offerings. Having had awesome experiences with both the Lone Wulf and the Hell Hound, I’m really excited to be reviewing their newer 75W temperature control kit.

Let’s see if it meets the high standards of their other products.

Both the wattage and the temp control functions work solidly. I didn’t notice any discrepancy between the displayed temperature and the actually temp of the vape, so that’s definitely a plus. The round adjustment buttons are located below the digital display screen and are easy to use.

The temperature selection rangers from 200-600 degrees Fahrenheit. This temperature range will give you more than enough choices when it comes the how warm you like your vape. Even though I prefer my vapor to be on the lower end temperature-wise, it’s still nice to have the option to heat it up whenever I get a wild hair up my ass.

The mod is compatible with a single 18650 li-ion battery (not included). It’s a 75w mod, so you won’t have a need for the amount of power that a dual 18650 configuration will give you. If that’s a dealbreaker and you want something with a lot more power, you might want to look elsewhere. But let’s be honest here: Most of us have no need to turn our vape up to 200w. Maybe you’re different, but I find that the sweet spot is in the lower wattage ranges. Everyone is different though.

The Wulf Mods tank is designed for sub-ohm vaping and is compatible with coils that are 0.2 ohms or higher. The airflow selector on the bottom of the tank worked flawlessly and I was able to dial in the airflow to maximize my clouds and flavor without too much tinkering. As someone who doesn’t like to fiddle around with settings too much, I was definitely extremely happy when I realized how quickly I was able to get it set up the way I like it.

If you’ve ever owned one of Wulf Mods flagship mechanical mods, then you know that they make some sexy-looking products. The 75w-TC kit is no exception.

It has a nice black matte futuristic look to it that I really like. Unlike The Donald, I have average-sized hands and this thing fits perfectly. It has a very ergonomic feel to it and I didn’t notice any discomfort throughout the day. It might not sound like much, but there really isn’t much more you can ask for. Especially if you’ve had the horrible experience of vaping with a non-ergonomic mod, you’ll be able to appreciate something that just works.

The OLED display screen is similar to what you would expect from a modern box mod. It displays all of the important stats and is easy to read, located in a great position on the side of the mod.

Overall, the Wulf Mods 75W-TC kit is an outstanding addition to Wulf Mods’ product lineup. It more than holds its own against the mech mods that have made Wulf Mods famous.

If you’re in the market for a temp control kit that includes both a mod and a sub-ohm tank, you would be hard pressed to do any better than buying this outstanding kit from Wulf Mods.

Buy the Wulf Mods 75w-TC kit with free shipping in the US from MintyVapes.com.