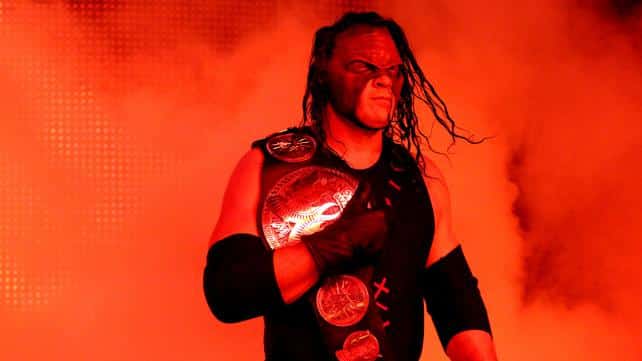 I was just doing my daily browsing of various vaping news articles and op-eds when I came across this well-written article attacking the FDA regulations in The Tennessean.

Nothing too remarkable, I thought. Just another pro-vaping article written by some white guy in a suit. Don’t get me wrong, the writer did an excellent job of defending vaping, but I read articles like this every single day. So I assumed that I would forget about five minutes after reading it, just like most articles.

Until I got to the bottom and read the following:

Glenn Jacobs is the co-founder of the Tennessee Liberty Alliance and is known worldwide as World Wrestling Entertainment star Kane.

HOLY FUCK!
As someone who was in elementary school in the 90’s back when WWE was WWF, this is hugely exciting. I had no idea that one of my childhood heroes was also a pro-vaping advocate! How cool would it be to see Kane chokeslam the shit out of the FDA commissioner in a pay-per-view cagematch?
Here’s an excerpt from his article:

Millions of Americans now have access to alternatives to cigarettes. That’s thanks to what’s known as “vaping,” which uses electronic products to create a water vapor that can be inhaled instead of tobacco smoke. As of last year, this was a $3.7 billion industry in the U.S. alone, with more than 3,500 vaping stores — many of them independent shops — springing up.

Yet thanks to Food and Drug Administration rules that took effect this month, the vaping industry may soon go up in smoke.

Vaping will now be subject to the same rules that apply to tobacco. Once in effect, this mandate requires a costly approval process for all Electronic Nicotine Delivery Systems (ENDS) introduced into the market after Feb. 15, 2007, including vaporizers, vape pens, hookah pens, electronic cigarettes (e-cigarettes) and e-pipes.

This regulatory process will not be simple. Most vaping products use unique liquid mixtures to produce the water vapor that serves as a replacement for tobacco smoke. There are thousands of varieties, providing the different flavors that vaping users expect.

But the new FDA rules will require every vaping system liquid mixture to be tested. Those seeking regulatory approval also must compare the safety of their products not only against cigarettes, but other products in their category.

The FDA admits that it will take up to 5,000 hours to complete the necessary paperwork, and cost hundreds of thousands of dollars per product. The vaping industry puts the cost at $3 million to $20 million per product…

Read the rest of the article at Tennessean.com.

And in case you’re wondering, yes I was depressed and angry for about 2 weeks when I found out that wrestling was fake back in ’99.